Annular solar eclipses are quite rare, but they are a beautiful event to behold on our little green planet. An annular solar eclipse is an event in which the Moon covers the Sun’s center, leaving the Sun’s outer edges visible, as they form a “ring of fire” or annulus around the Moon. 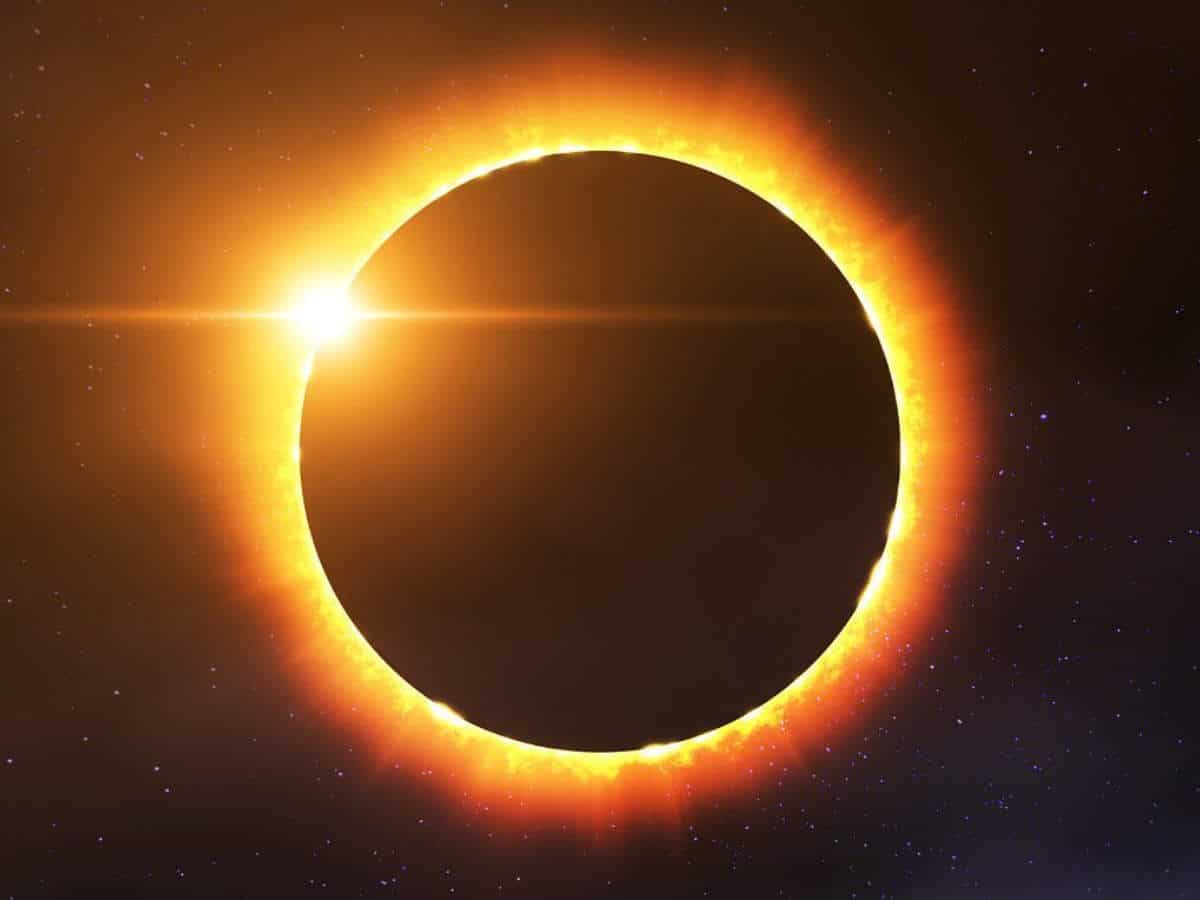 In the year 2020, these events were witnessed across the globe on the same day. So let’s see how annular solar eclipses happen and when is the next one!

How do Annular Solar Eclipses Work?

Every type of solar eclipse works in almost the same way. The New Moon typically casts a shadow on the Earth, and in the case of an annular solar eclipse, it’s the antumbra who is at fault for this event. 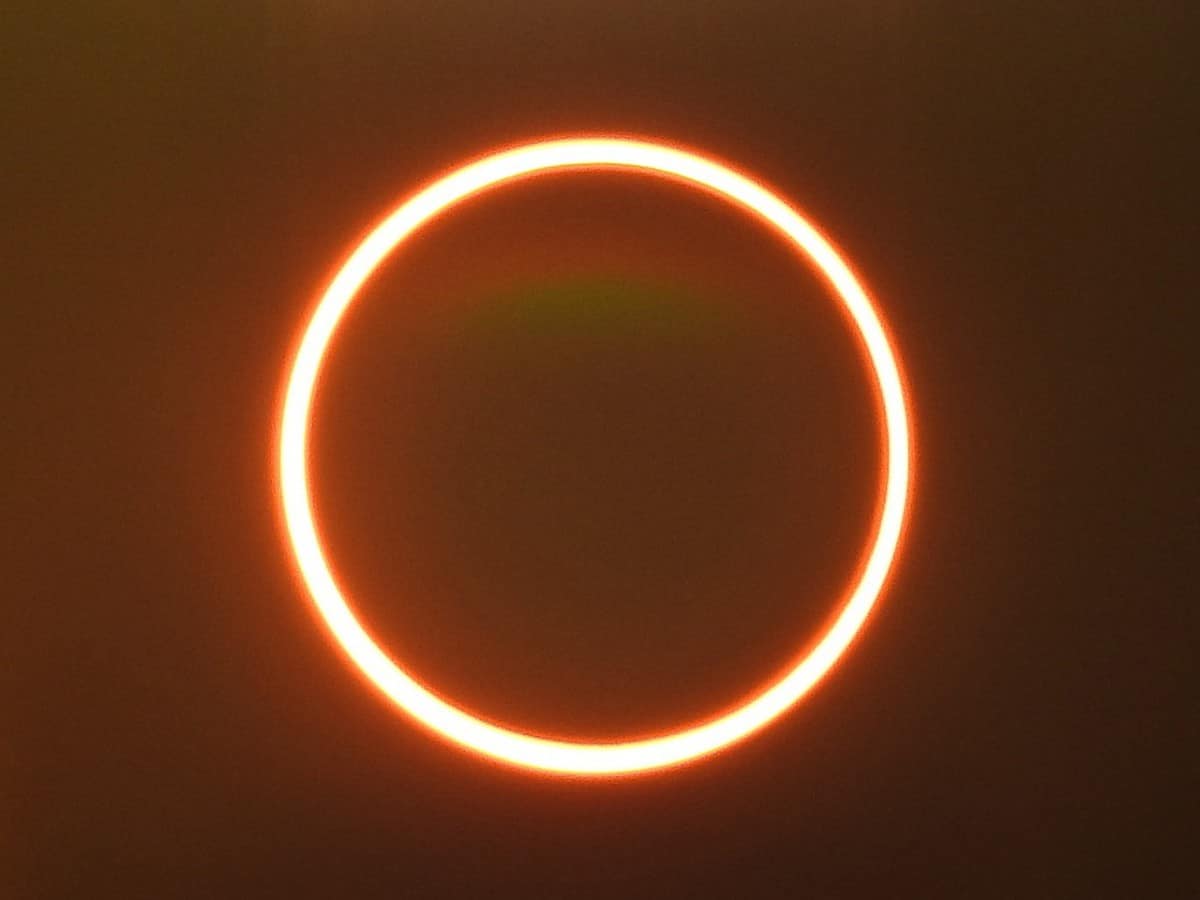 In the case of the antumbra, it is the only one that can create annular solar eclipses. The antumbra is the lighter part of the shadow, similar to the penumbra; however, it forms at a certain distance from the object casting the shadow.

The Moon can’t engulf the Earth with its shadow, and thus it is limited only to a small area. However, this area is constantly changing since the Moon and the Earth is always in motion.

Thus, solar eclipses are events that can be seen if the observer is standing in the area where the Moon’s shadow falls on Earth’s surface. If you are closer to the Moon’s umbra, then the eclipse will appear even larger.

Annular translates to ring-shaped, and it comes from Latin. These types of eclipses are named for their darkest, or maximum, point even if it only lass less than a second.

When the fire ring is seen from a location, the whole eclipse is called an annular solar eclipse. In many places, however, this type of eclipse may appear as a partial solar eclipse.

When do Annular Solar Eclipses Occur?

Three factors lead to the event of an annular solar eclipse. First, the Moon must be at its New Moon phase, and at the same time, it has to be near a lunar mode so that the Moon, Earth, and Sun are aligned.

The third requirement is for the Moon to be near its farthest point/apogee from the Earth so that the Sun’s outer edge remains visible to the observer as a ring of sunlight. 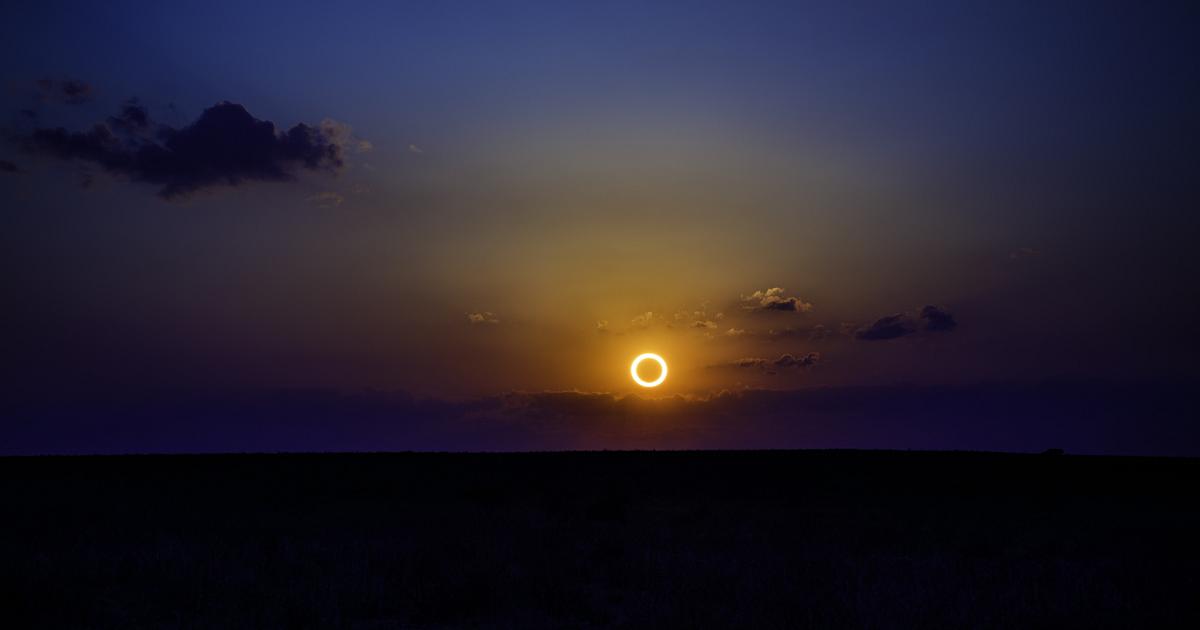 This event doesn’t happen every time there is a New Moon. They are quite rare and don’t forget, the other two prerequisites are required. The Moon’s distance from us always varies, and its orbit is elliptical rather than circular.

Stages of an Annular Solar Eclipse

This is when the partial eclipse begins, and the Moon’s silhouette is visible in front of the Sun.

This is where the full eclipse or annularity begins. The beautiful ring of fire can be seen, but only for a few seconds.

In this stage, the Moon covers the center of the Sun’s disk

This is where the annularity ends. The Moon will move away from the Sun’s disk

In the 4th contact, the partial eclipse ends. The Moon thus stops overlapping with the Sun’s disk, and thus the eclipse ends.

Some annular solar eclipses may last up to three hours, where annularity is visible. They can even last six hours but not in one location.

The annularity itself, the ring of fire visible in the sky, can last for a couple of seconds, to a maximum of twelve minutes and thirteen seconds. 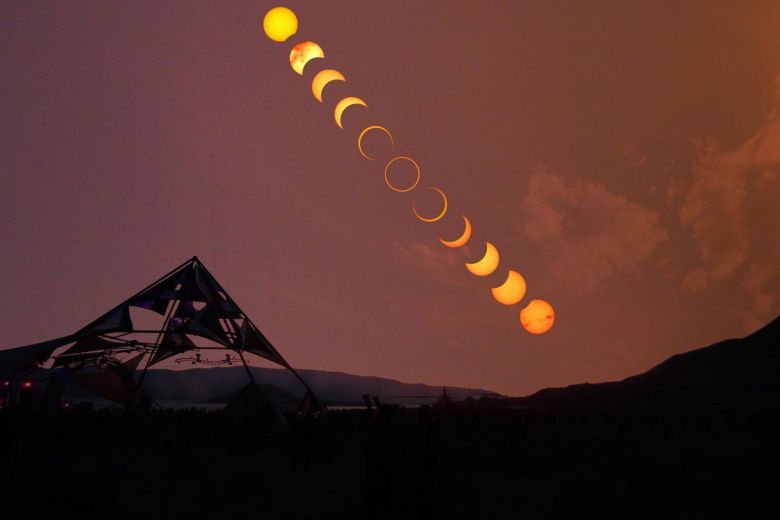 You must wear protective gear if you wish to witness these events; otherwise, permanent eye damage or even blindness can ensue. This is because the Sun’s rays can burn the retinas in the eyes.

Our eyes adapt to the darkness during an eclipse, and when the Sun pops up, all that light will be absorbed by our eyes, and they can’t take it.

You can either use a pinhole projector or wear protective eclipse glasses to view these types of eclipses.

When is the Next Annular Solar Eclipse?

The next annular solar eclipse will occur on June 10, 2021. It will be visible from much of Europe, Asia, North and West Africa, North America, Atlantic, and the Arctic.

Another annular solar eclipse is predicted to happen on October 14, 2023. It will be seen from western Africa, North America, South America, Pacific, Atlantic, and the Arctic.

On February 6, 2027, another annular solar eclipse will be witnessed from much of Africa, South America, the Pacific, Atlantic, and Antarctica.