Eris (aka 2003 UB 313, Xena) is the largest currently known member of the Kuiper Belt and the largest of the dwarf planets.

Eris (latin Discordia) is the Greek/Roman goddess of strife and discord.

Eris was discovered by Mike Brown, Chad Trujillo, and David Rabinowitz in 2005, from ground-based images taken in 2003.

Eris is the object the precipitated the definition of the category “dwarf planets” and the demotion of Pluto. It is larger than Pluto so logically either Eris had to be a “planet” or Pluto had to be reclassified. (There is considerable inaccuracy in our best measurements of its diameter, however.) 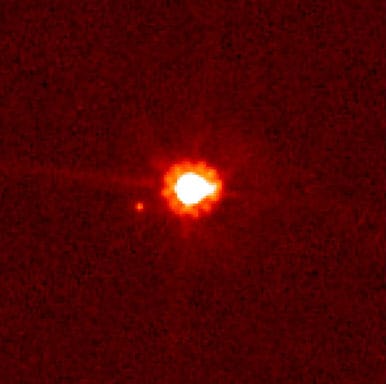