The January Full Moon is probably the most associated Full Moon with the howling of wolves, hence the reason why the full moon in this month is also known as the Wolf Moon. 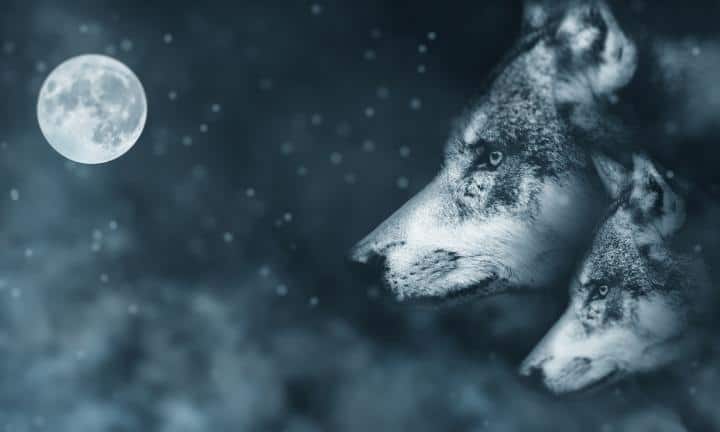 Many believed that the wolves howled more frequently during this month due to the scarcity of food, and thus the Full Moon in January got its name. The January Full Moon has many other names, like the Old Moon, Moon After Yule, or Winter Moon, among many others, so let us explore their tales.

Other Names for January’s Full Moon

There are many names associated with the first Full Moon, which occurs in January each year. The most common names are the Wolf Moon, Old Moon, Ice Moon, or the Moon After Yule.

Each name represents some characteristics or beliefs during the period when this Full Moon occurs.

The Chinese call it Hungry Ghost Moon, others call it Winter Moon, and sometimes Snow Moon, though Snow Moon is mostly associated with the Full Moon, which occurs in February.

What Causes a Wolf Moon?

There isn’t a set of special circumstances that lead to a Wolf Moon. This Full Moon occurs typically due to the Moon’s natural cycle around the Earth.

However, there is a special Full Moon that might occur during January. It is known as the Super Blood Wolf Moon. This event is rare, and it happens during a total lunar eclipse, coupled with a reddish appearance of the Moon.

Another factor is the Moon’s distance, as it needs to be closer to us than it usually is. This leads to the Moon becoming bigger and brighter, thus the term supermoon. 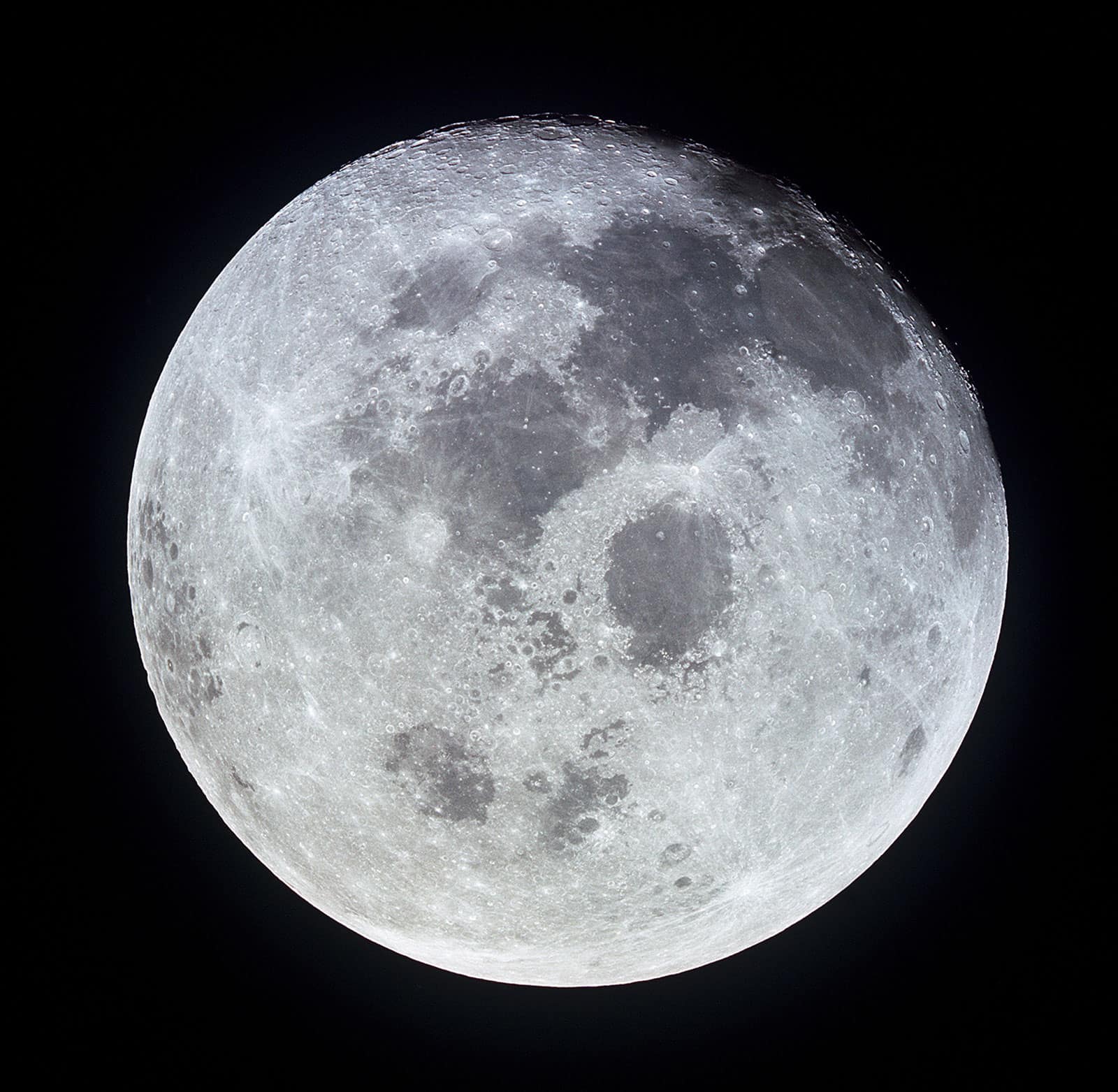 The Moon becomes red since, during this period, it is cloaked in Earth’s shadow. However, a part of the Sun’s light from Earth’s sunrises and sunsets falls on the Moon’s surface.

Light waves are thus stretched out, and depending on the amount of pollution in Earth’s atmosphere, the Moon takes on a reddish hue, or at least, that’s how we perceive it from Earth.

What Is a Wolf Moon?

The Wolf Moon is the name given to the first Full Moon in January by the Native American tribes. It was named as such, possibly due to the howling of the wolves outside their villages.

A strong factor implied which contributed to this Full Moon’s naming was that during winter, food is scarce, and probably wolves howled due to a lack of food.

Others believed that this is when wolves mark their territories and thus make these typical sounds. None of these actions is 100% accurate or true, but the Full Moon will probably always be known as the Wolf Moon in January.

What Does a Wolf Moon Mean Spiritually?

Does the January Wolf Moon have any spiritual meaning? It sure does, since some sources claim that the Full Moon was known as the Wolf Moon even by the Anglo-Saxons. 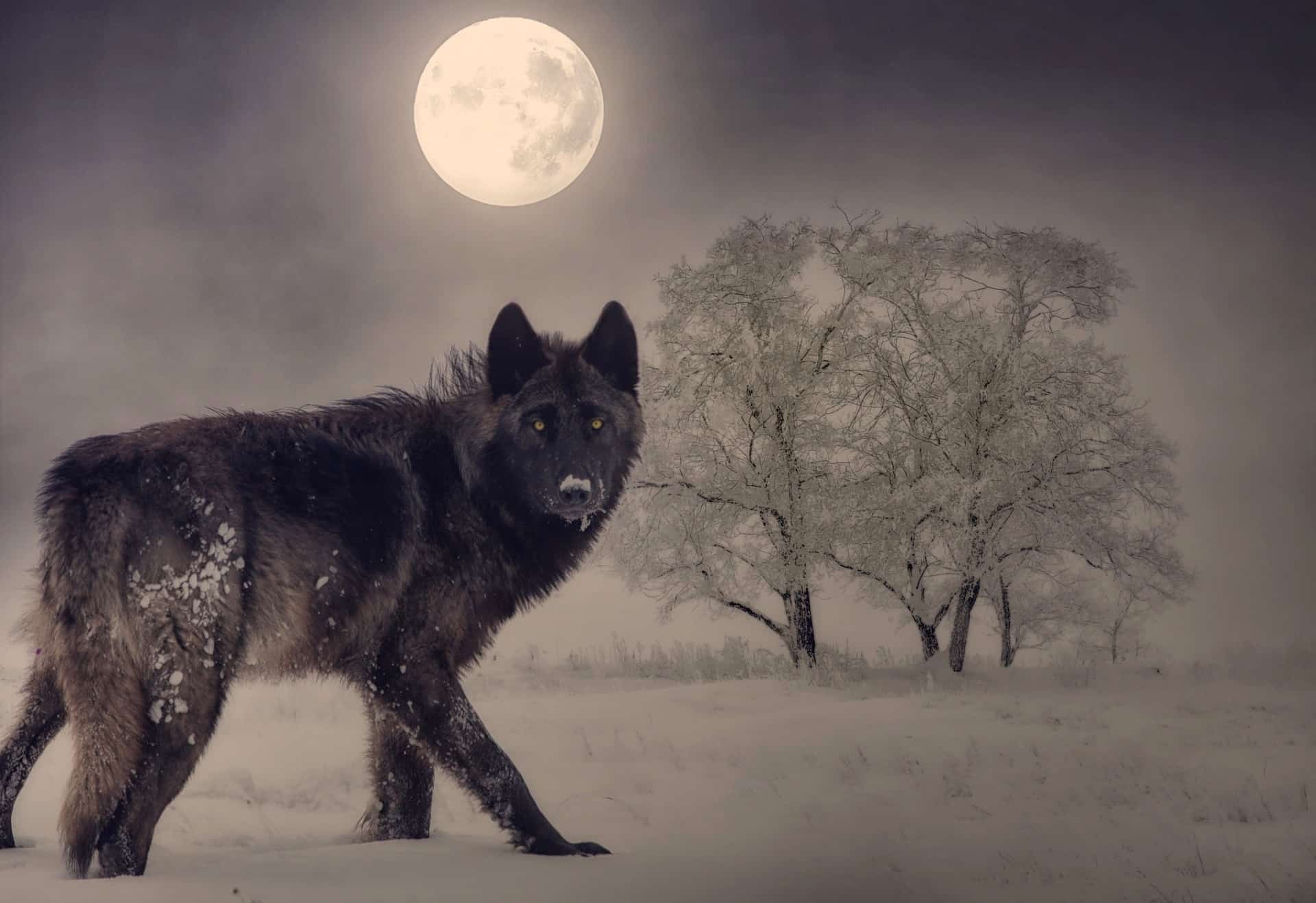 That’s not all. The January Full Moon is also known as the Moon after Yule, and since it is named after such an ancient festival, it surely harbors great spiritual meaning.

The Wolf Moon represents the ultimate truth, that of the soul. It is generally linked with reincarnation, a new beginning. It symbolizes great introspectiveness and being true to oneself.

The Wolf Moon in January looks quite similar to other Full Moons. What may alter its appearance is the Moon’s position towards the Earth.

Another factor which may change its appearance is if the Full Moon occurs during an eclipse. Such events are rare when it comes to January’s Full Moon. 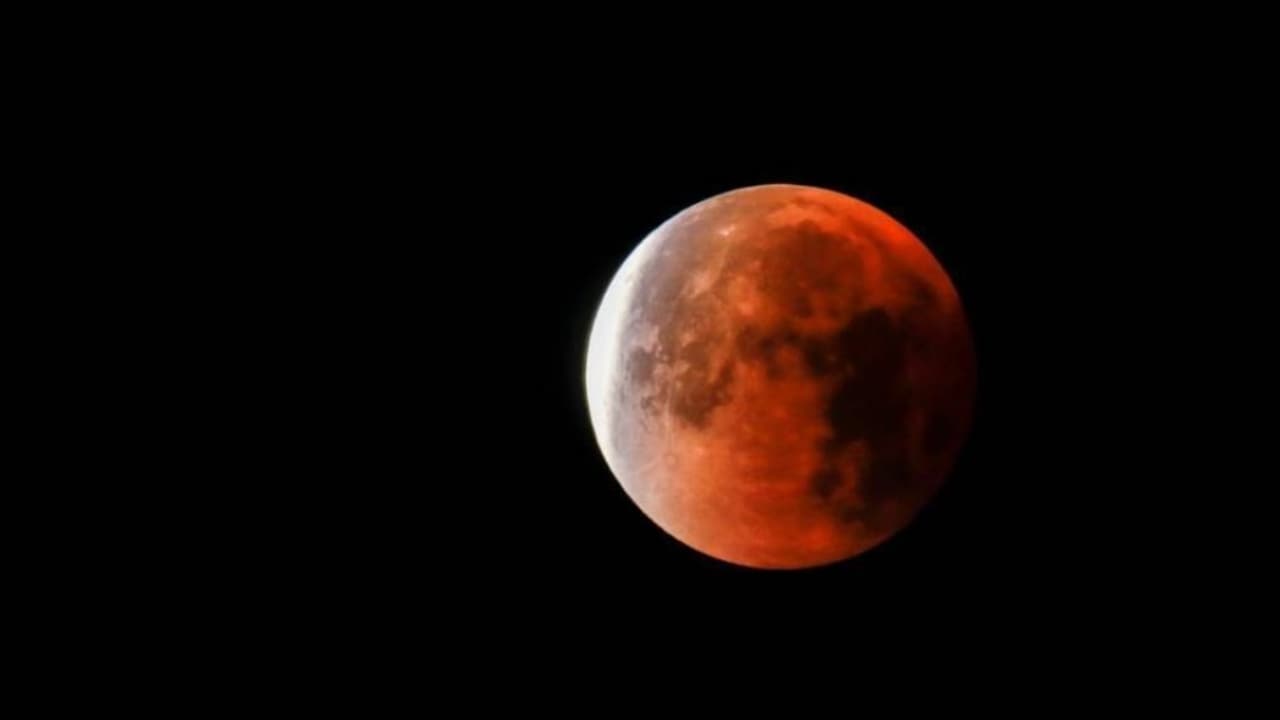 There is a special Full Moon that occasionally occurs during January. It is known as the Super Blood Wolf Moon. This event is rare, and it happens during a total lunar eclipse. When it happens, the Moon will appear bigger, brighter, and it will have a reddish hue.

The Moon schedule for 2020 is quite interesting since we will witness 13 full moons, 3 of them being supermoons, and a fourth being a full moon eclipse. Let us begin with the twelve New Moon’s which will occur in 2020:

Here is the next list of the thirteen First Quarter moons which will occur in 2020:

This is the list for all the thirteen Full Moons which will occur in 2020, with the Supermoons and the Lunar eclipse included:

The list for the twelve Last Quarter Moons which occur in 2020:

The first Full Moon in 2020 will occur on January 10 – 2:21 pm / 14:21. It is not a regular full moon, but rather, a Wolf Moon Lunar Eclipse. This will happen since the full moon will coincide with a lunar eclipse as the Moon will pass through Earth’s penumbra – faint outer shadow. This will give the Moon a tea-stained color for almost 4 hours straight.

What Does a Full Wolf Moon Mean?

The Wolf Moon is simply a Full Moon that occurs in January of each year; however, it is important since it is the first Full Moon of every year. 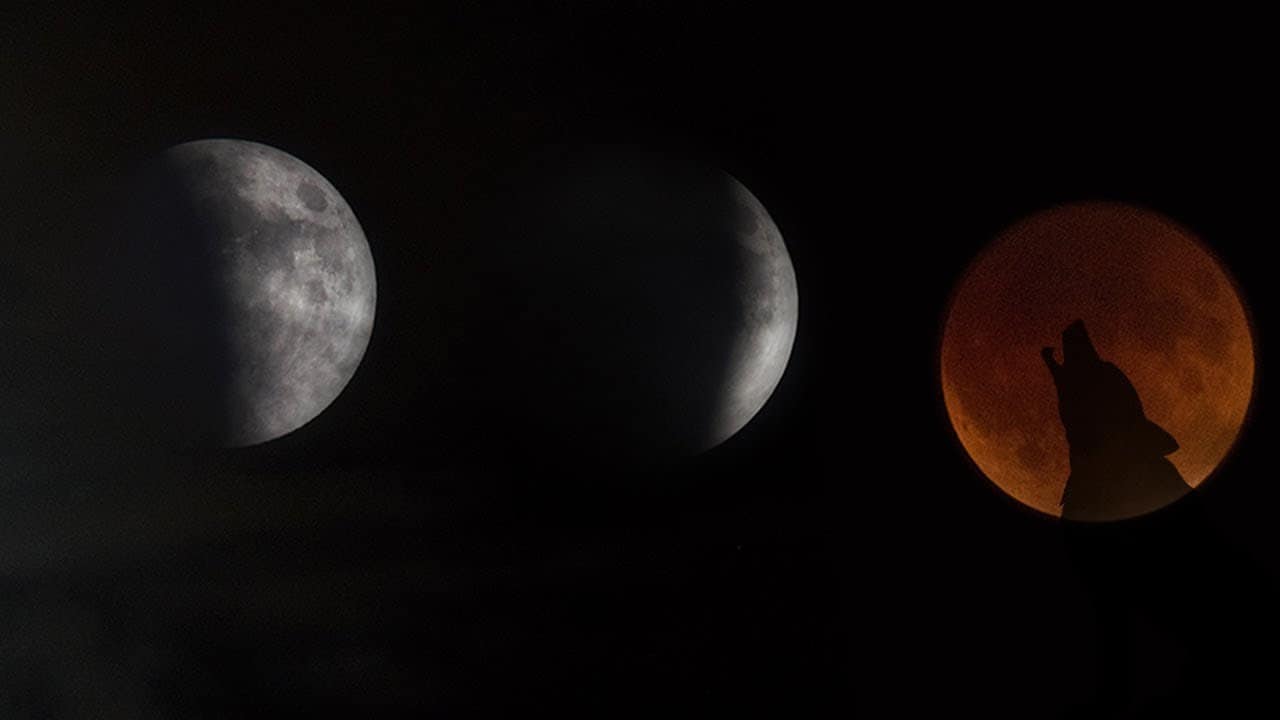 Because of this, many have attributed different meanings to this full moon. Some believe that the January Wolf Moon symbolizes new beginnings, or light conquering darkness since the days grow longer.

Why Do Wolves Howl at Moon?

Wolves don’t actually howl at the Moon. This is a mere myth. Wolves howl to mark their territory or do so as an invitation to hunting, or simply social rallying.

What is the Relation Between Wolf and Moon?

It is known that Full Moons affect people and even animals in different ways; however, the relation between wolfs and the Moon is quite often portrayed in different demeanors.

Many believe that wolves howl at the full moon, but this is just coincidental and circumstantial. They raise their heads and howl since this projects their calls to be carried farther.

How Often Do Wolf Moons Occur?

Wolf Moons occur once every year, and they happen only in January. Wolf Moons are full moons, but the ones that take place in January are commonly known as Wolf Moons. 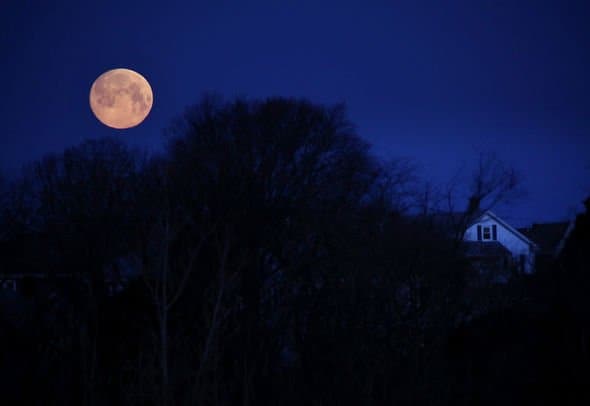 Each year, around twelve full moons occur, sometimes even thirteen, like in 2020, for example.