Alnilam is also known as Epsilon Orionis, and it is the 4th brightest star in the famous constellation of Orion, the celestial hunter. Keep reading for more interesting facts perfect for kids.

Looking for fun activities to teach kids about Alnilam?

This premium worksheet bundle contains a printable fact file and 10 fun and engaging worksheets to challenge your students and help them learn about Alnilam.

Alnilam is one of the three stars which makes up the famous Orion's Belt asterism, which can be viewed in the night sky!

Alnilam is the biggest and most massive star, which is part of Orion's Belt. It is the star in the middle, and it is also very bright and varies in brightness over time. 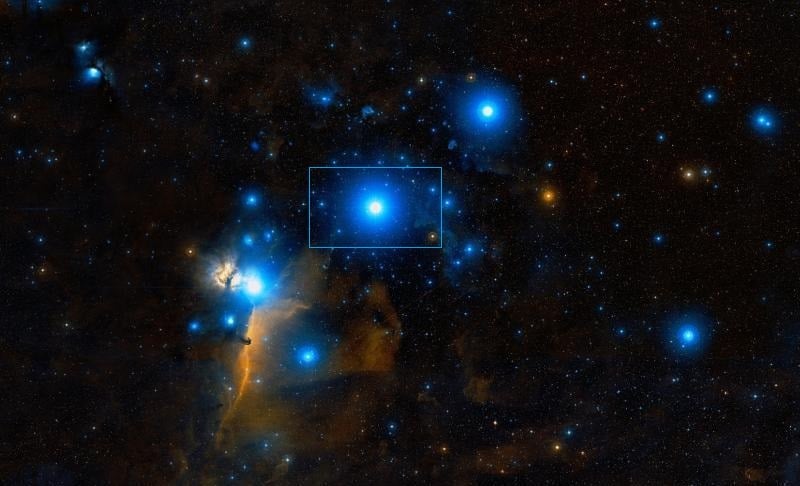 This giant star is also single, as the other stars, which form Orion's Belt, Mintaka, and Alnitak, are actually multiple star systems. Let's discover more about Alnilam!

Alnilam is a blue supergiant star of spectral type B0 la. Its apparent magnitude is 1.69. However, it is an Alpha Cygni-type of variable star, hence the reason why its brightness fluctuates over periods, from magnitude 1.64 to -1.74. 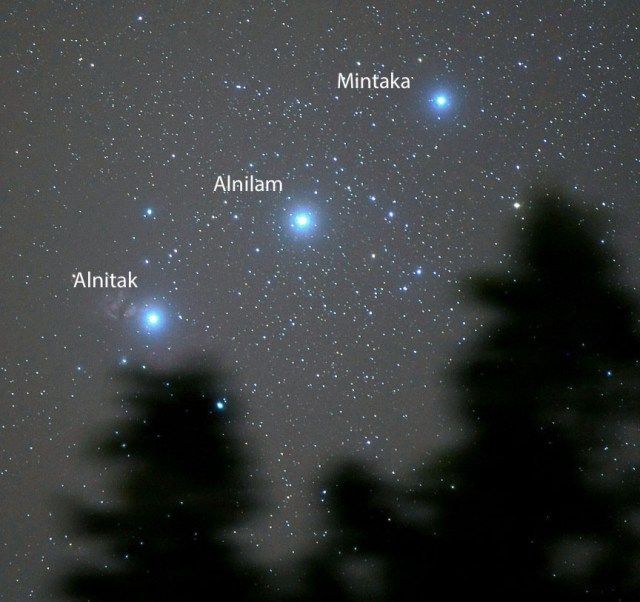 Alnilam is 537,000 times brighter than our Sun, and it has powerful stellar winds that can reach up to 2,000 km / 1,242 mi per second. This means that it is losing mass millions of times faster than our Sun.

Alnilam formed around 5.7 million years ago from a rich interstellar medium of dust and gas. The constellation of Orion is famously known for its abundant molecular clouds of gas and dust.

Alnilam most likely formed in such a place, and since that spot was incredibly rich in materials, Alnilam ended up absorbing much of them. Gravity pulled the swirling gas and dust together and resulted in Orion's constellation's third brightest star and the central star of Orion's Belt, Alnilam. 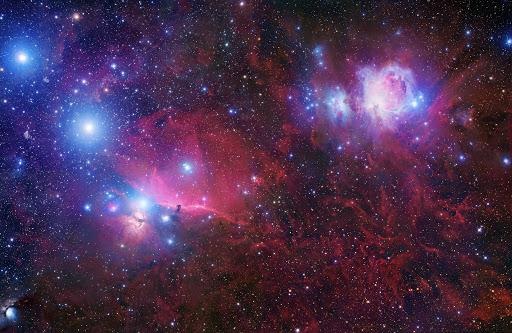 Since Alnilam had a rich interstellar medium from which it formed, its life is also very short. Think about this; our Sun is more than four billion years old, while Alnilam is merely 5.7 million years old.

Alnilam won't exist for long in the near future due to its condition, and it will eventually explode as a supernova. With our current knowledge, we found out that Alnilam formed in the Orion Molecular Cloud Complex, which is a special place where many stars are born, but they are less than 12 million years old.

- Since Alnilam is so bright, it illuminates the nearby molecular cloud NGC 1990.

- Alnilam is always the star located in the middle of Orion's Belt.

- Alnilam is also known as "Alnihan" or "Alnitam," and it comes from Arabic, translating to "the spring of pearls." This name refers to all of Orion's Belt stars.

- This star is located at 1,975 light-years away from us, a considerable distance, yet it is still among the sky's brightest stars.

Alnilam is the biggest and massive star out of all the stars forming Orion's Belt. The second is Alnitak, while the smallest is Mintaka. Alnilam has around 40 solar masses and 32.4 solar radii.

What is the Color of Alnilam?

Alnilam is a blue-white supergiant star of spectral type B0 la. It appears bluish-white in color, and blue colored stars are almost always among the hottest out there.

Are There Planets Around the Stars in Orion's Belt?

It doesn't appear that there are planets around the stars in Orion's Belt. Alnilam appears as a single lonely star; however, Alnitak and Mintaka have several other stars orbiting around them, forming stellar systems. Even so, there are slight chances that planets may indeed be around these stars. We have yet to discover them. 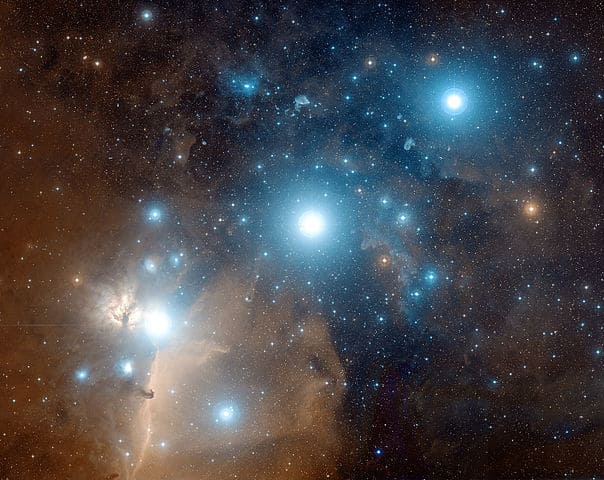 How Many Stars Does Orion's Belt Have?

To the naked eye, it appears that there are only three stars in Orion's Belt, namely Alnitak, Alnilam, and Mintaka. However, there are more than three stars here.

Alnilam is a single star, while Alnitak is comprised out of three stars, two of which are giant stars. On the other hand, Mintaka is a multiple star system, consisting of at least three stars.

Which is the Closest Star to us From Orion's Belt?

- Alnilam is the biggest and most massive star in Orion's Belt. It is more than 60 times bigger than our Sun.

- This star is also the brightest and the only star without other companions.

- Alnilam is always the star in the middle of Orion's Belt.

- This star is the most farthest away from us out of the three stars in Orion's Belt; however, it is also the brightest.