Ceres is the smallest dwarf planet having a diameter of only 946 km / 587 mi. Keep reading for more interesting facts perfect for kids.

Ceres is the smallest dwarf planet in our Solar System and the largest asteroid currently known.

Looking for fun activities to teach kids about Ceres?

This premium worksheet bundle contains a printable fact file and 10 fun and engaging worksheets to challenge your students and help them learn about Ceres. 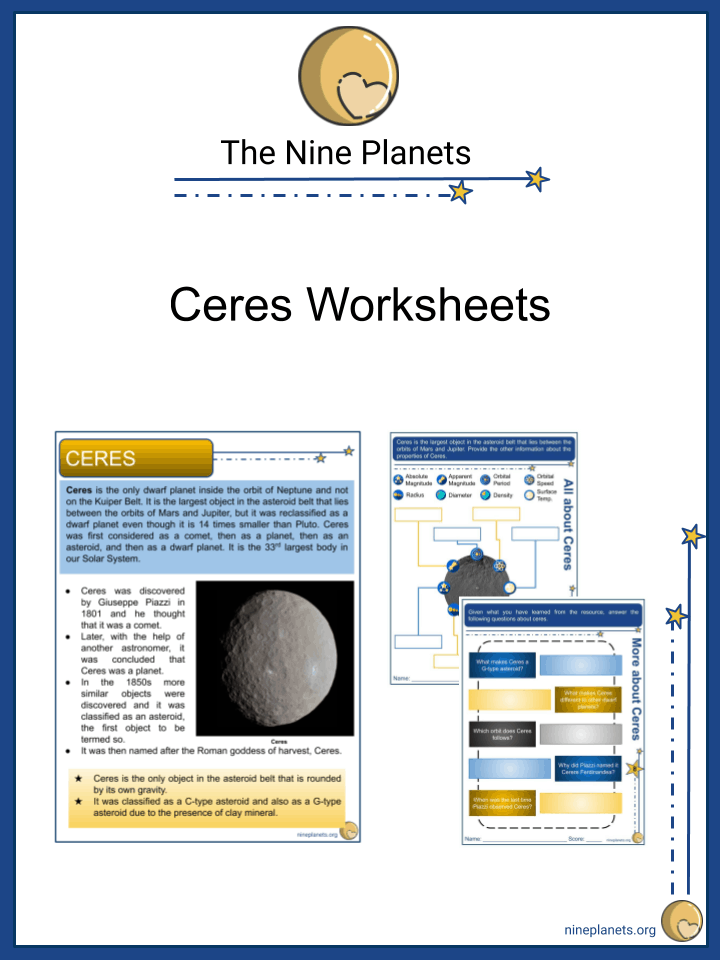 Ceres was discovered in 1801 by Italian astronomer Giuseppe Piazzi. From 1802 up until 2006, Ceres was considered the biggest asteroid ever discovered.

Giuseppe Piazzi named Ceres as Cerere Ferdinandea to honor Sicily's king, but it was later changed to simply Ceres, after the Roman goddess of harvest and love.

Ceres formed around 4.5 billion years ago. Its surface is covered in giant craters. One of them, the Occator crater, has ammonia salts within it.

Many of these craters are 280 km / 175 mi in diameter, while the dwarf planet itself is mostly made up of ice and rock, and it probably has a rocky interior.

When the DAWN spacecraft visited Ceres, organic molecules were detected there, and even water molecules! These discoveries are very favorable for life to develop.

Many volcanoes are present on Ceres, but they aren't like the ones on Earth, they are cryovolcanoes, meaning they spill out ice instead of lava.

Ceres makes a trip around the Sun once every 4.6 years. This is the equivalent of 1,681 days. One day on Ceres lasts for only 9 hours. This is the period in which it rotates around its axis. It is one of the shortest day lengths in the Solar System.

Ceres is the smallest out of the five famous dwarf planets. Here is a list of their sizes: 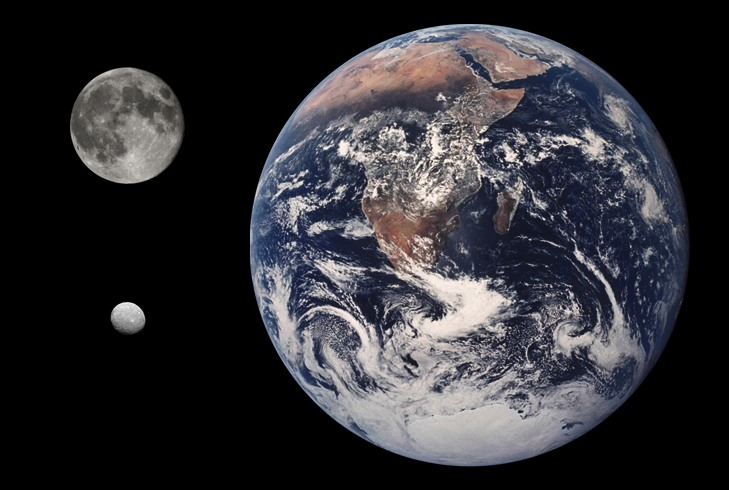 Can We Live on Ceres?

The gravity on Ceres is only 3% of Earth, and people would float all the time there. Ceres may become habitable, but certain aspects, such as temperature and the presence of clear water, needs to be addressed.

There is also a problem regarding radiation, and Ceres doesn't have a protective enough atmosphere.

Will Ceres Ever Hit Earth?

Ceres is located at 2.8 AU away from the Sun. It typically is even farther away from Earth, and it won't ever hit us. If something would hit Ceres hard enough, then there are chances that the asteroid might be on a strange course, but chances are meager even then. 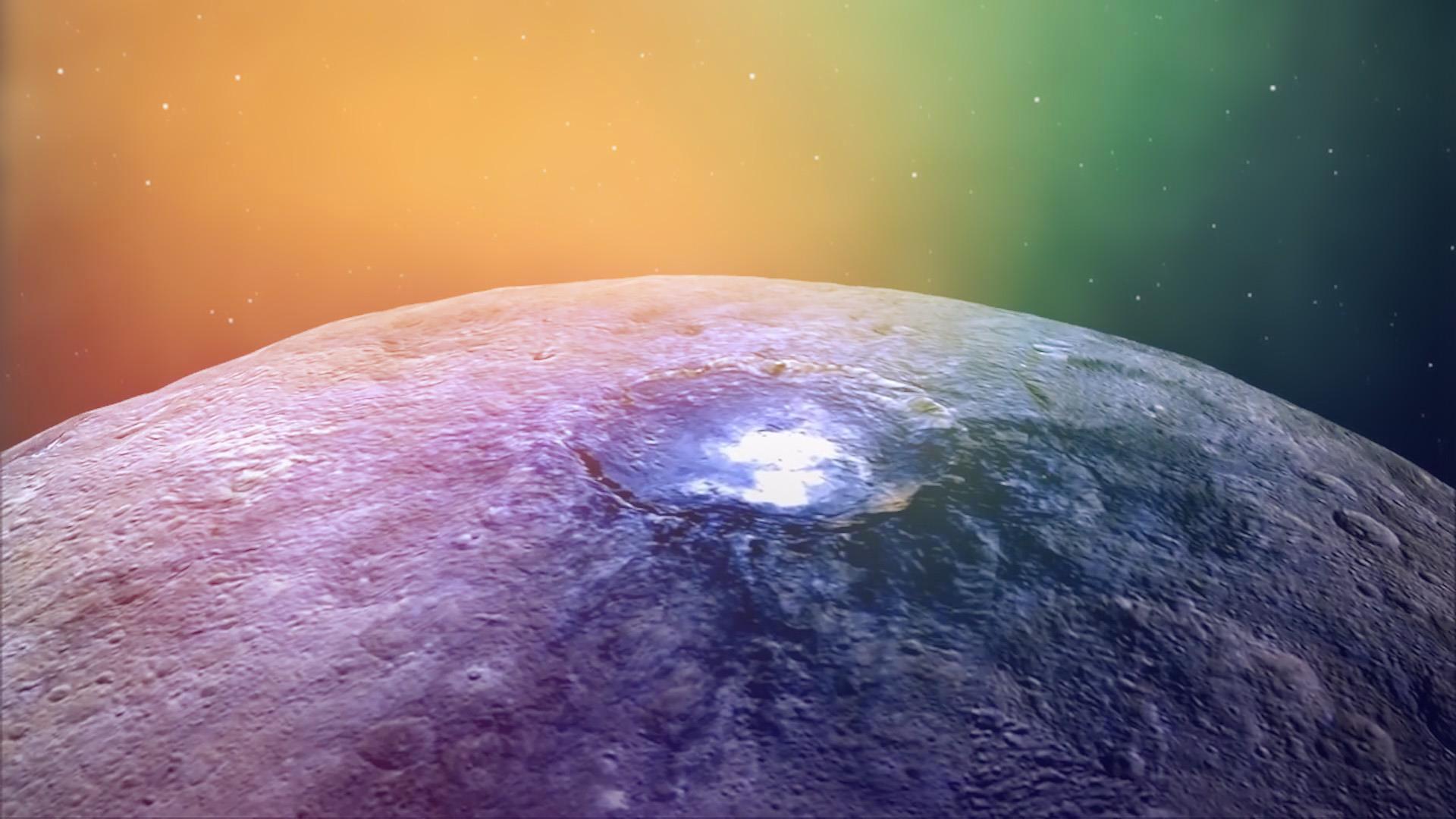 Is Ceres Bigger than the Moon?

Why is Ceres Not Considered a Planet?

Even though Ceres is big enough so that gravity rounds it up, which is one of the requirements for celestial objects to be considered as planets, Ceres fails to dominate its orbit. It shares an orbit with many other tiny asteroids.

What Would Happen If 1 Ceres hit Earth?

The asteroid which wiped out the dinosaurs was considerably smaller than Ceres. If Ceres or an asteroid of a similar size would hit the Earth then nothing would survive. Even the atmosphere would be blown off.