Makemake is a dwarf planet, which is like a miniature version of a planet, like our Earth. Keep reading for more interesting facts and information perfect for kids.

Makemake is the fourth largest dwarf planet in the Solar System. It is named after the god of humanity and fertility present in the myths of the Rapa Nui. The Rapa Nui are the native people of Easter Island, where the Moai giant stone heads reside.

Looking for fun activities to teach kids about Makemake?

This premium worksheet bundle contains a printable fact file and 10 fun and engaging worksheets to challenge your students and help them learn about Makemake. 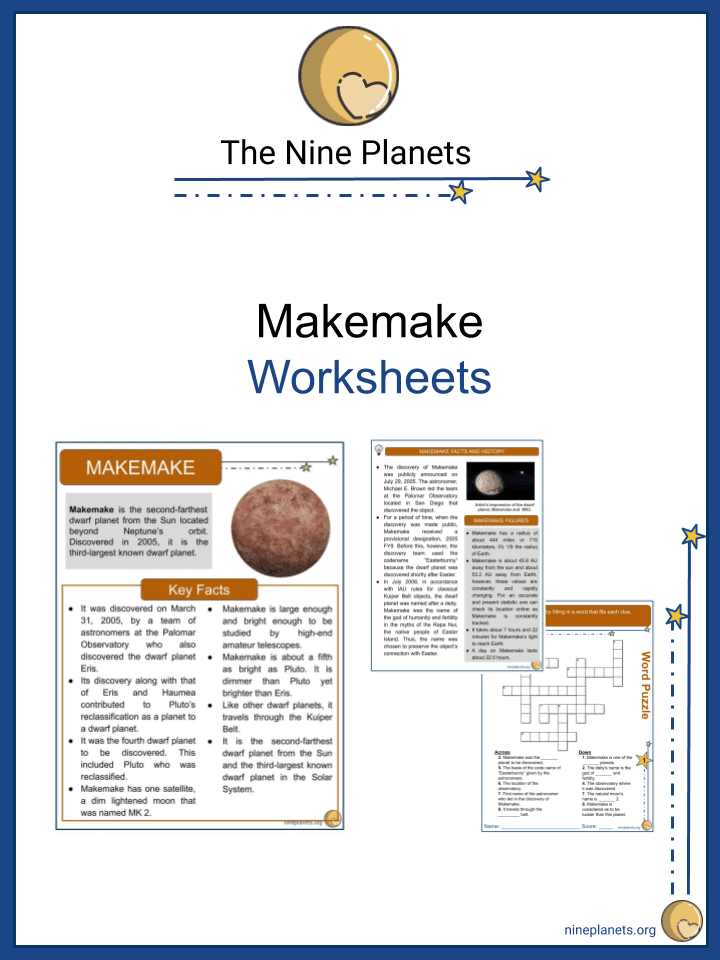 The dwarf planet Makemake is named after the god of humanity and fertility present in the myths of the Rapa Nui. The Rapa Nui are the native people of Easter Island, where the Moai giant stone heads reside. 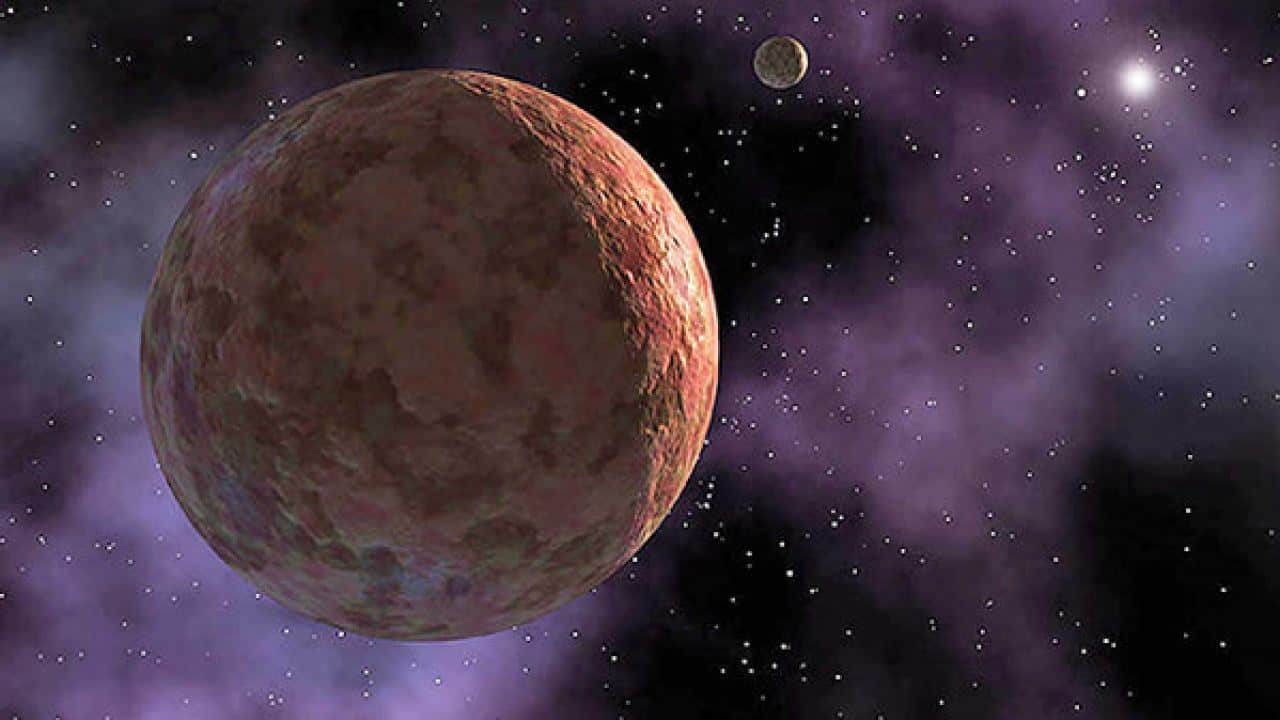 Makemake was named after this god since it was discovered around Easter, and astronomers usually name celestial objects after different deities from around the world.

Makemake is very similar in appearance to Pluto, but it is much more redder. This dwarf planet has an atmosphere composed out of methane and nitrogen. 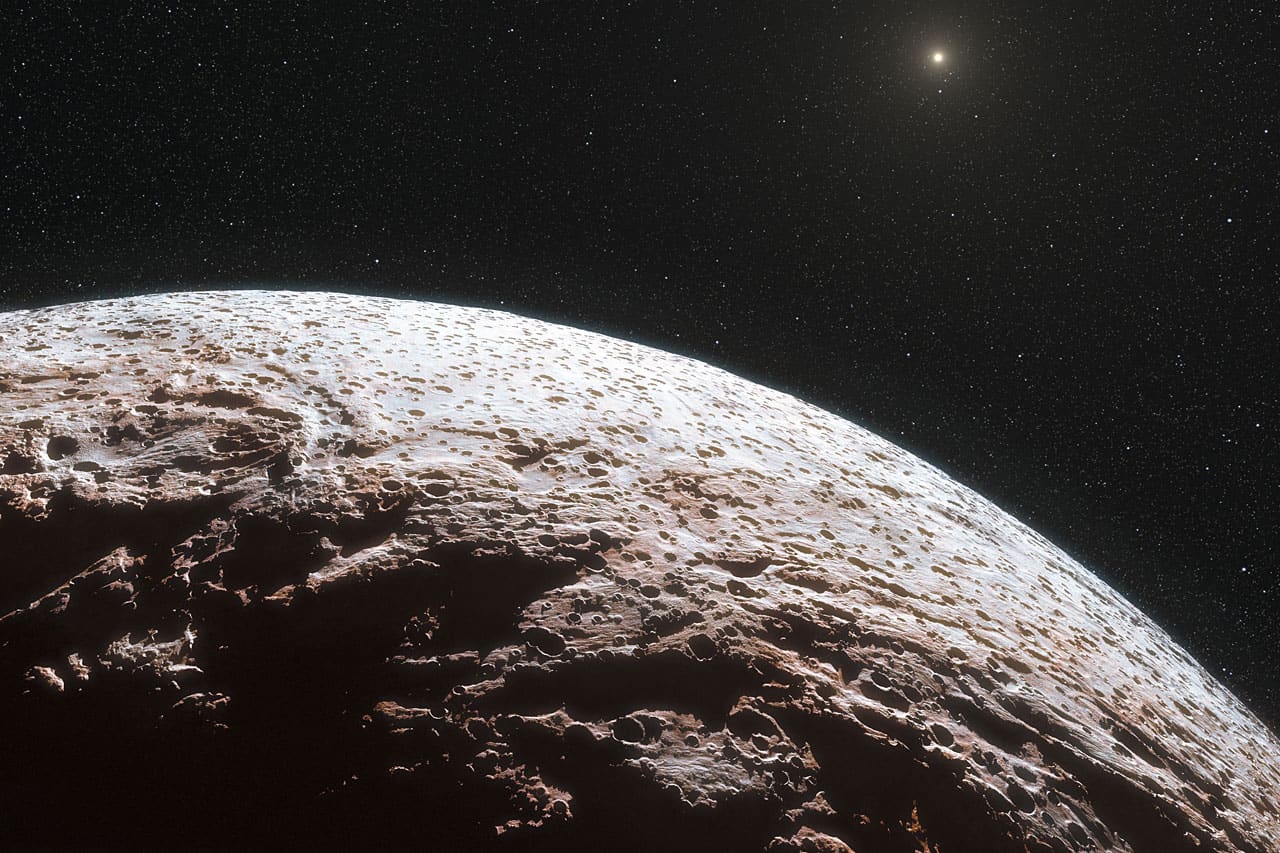 This artist’s impression shows the surface of the distant dwarf planet Makemake. This dwarf planet is about two thirds of the size of Pluto, and travels around the Sun in a distant path that lies beyond that of Pluto, but closer to the Sun than Eris, the most massive known dwarf planet in the Solar System. Makemake was expected to have an atmosphere like Pluto, but this has now been shown to not be the case.

When Makemake approaches the Sun, its atmosphere changes, as ices sublimate, very similar to Pluto’s atmosphere. Makemake has an icy surface and a rocky core, identical to the other dwarf planets. This planet is full of craters!

One year on Makemake is the equivalent of 306 Earth years. This is how long it takes for Makemake to orbit around the Sun once. One day on Makemake lasts for 22 hours and 30 minutes. It is very similar in this regard to Earth and Mars.

- Makemake has one small Moon named MK 2. This Moon was discovered in 2016 by the Hubble Space Telescope.

- The temperatures on Makemake are around -406 degrees F or -243 degrees C. This is very cold, and life couldn’t thrive here.

- A spacecraft might reach Makemake in around 16 years, but only if it will use Jupiter’s gravity to propel it towards the dwarf planet.

- Some astronomers believe that Makemake might host a second moon.

- Because Makemake, Eris, and Haumea were discovered, Pluto lost its title as a planet to a dwarf planet.

- Two teams of astronomers were tracking Makemake, and both of them hastened to announce their findings.

Makemake is the fourth largest dwarf planet in the Solar System. It has a diameter of 1,430 kilometers / 888 miles and a radius of 715 km / 444 mi. Here are the other famous dwarf planets and their sizes:

If we were to compare Makemake to the smallest planet in the Solar System, namely Mercury, then we would see that Mercury is 3.4 times bigger than Makemake.

Makemake was discovered on March 31, 2005, by a team of astronomers led by Michael E. Brown. They were located at the Palomar Observatory. 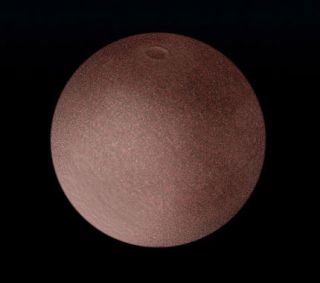 Why is Makemake a Dwarf Planet?

Makemake is a dwarf planet because it is considerably smaller than even the smallest planet, Mercury. Apart from this, only celestial objects that have cleared their neighborhood of orbiting bodies are classified as planets. 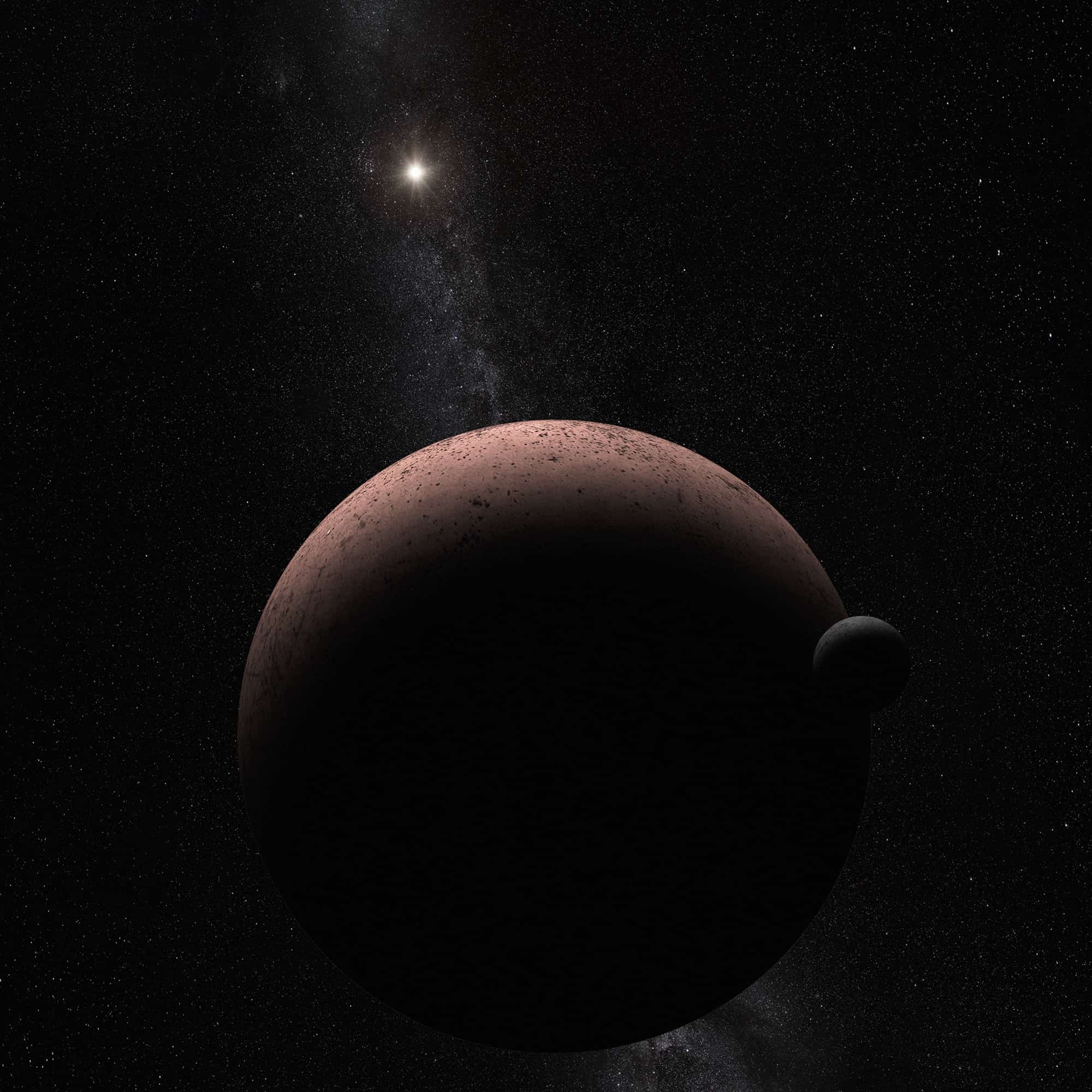 The other two requirements for something to be classified as a planet, is that it needs to orbit the Sun, and it needs to be big enough to be rounded by gravity.

Why is Makemake Named Makemake?

Makemake was discovered around Easter, and as such, astronomers wanted to name the dwarf planet after a god from the Rapa Nui people who were located on Easter Island, to honor the time period in which it was discovered, which coincided with Easter.

How Long is a Day on Makemake?

Is Makemake a Gas Planet?

Makemake is a dwarf planet, however, it has an icy surface that may become gaseous when it is closer to the Sun. This doesn’t necessarily make it a gas planet, though. 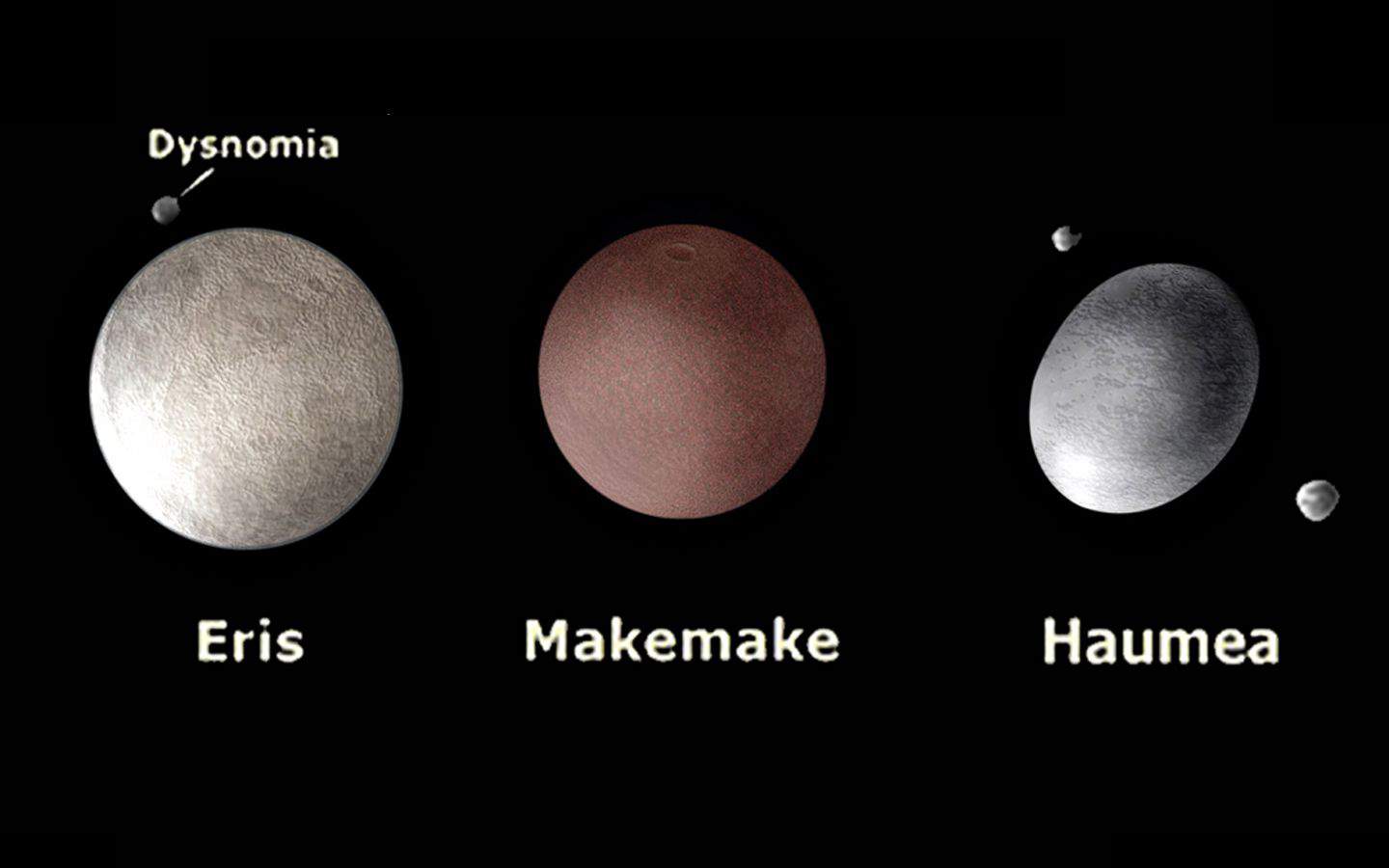 - Makemake is the fourth largest dwarf planet located in the Solar System.

- Through the discovery of Makemake, Eris, and Haumea, the classification of dwarf planets was created, and as such, Pluto was declassified from the status of a planet, to that of a dwarf planet.

- Makemake has only one confirmed moon, it is known as MK 2.

- Makemake is a very cold dwarf planet with temperatures of 406 degrees F or -243 degrees C.

- Makemake was discovered around Easter, and it is named after a god from the Easter Island.

- Since Makemake is so cold, life couldn’t bloom there.