Monoceros occupies 482 square degrees, and it is the 35th largest constellation. Keep reading for more interesting facts perfect for kids.

The constellation of Monoceros is located in the northern part of the sky, on the celestial equator. Its name is originated from Greek, meaning unicorn. When it comes to size, Monoceros is the 35th largest constellation in the sky.

The Constellation of Monoceros for Kids

The Monoceros constellation was introduced by the Dutch astronomer Petrus Plancius in the year 1612. Though he placed it on a globe he created, the German astronomer Jakob Bartsch made the charted version in 1624, comparing its shape to a unicorn. 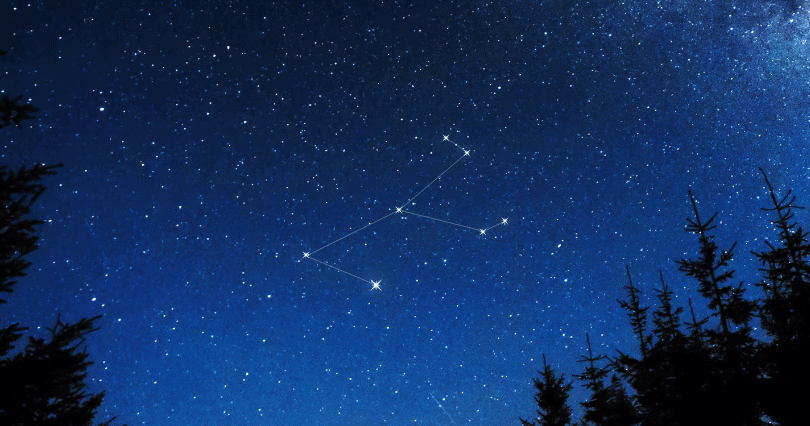 The constellation of Monoceros is known as the 35th largest constellation and covers an area of 482 square degrees. It is located in the northern hemisphere, specifically in the second quadrant. Its latitudes are between +75o and 90o.

What is the Myth of Monoceros?

It is said that the Monoceros constellation is a Christian symbol of the unicorn. This mythical creature seems to appear in several passages of the Bible (although some now think them to be just some mistranslations). 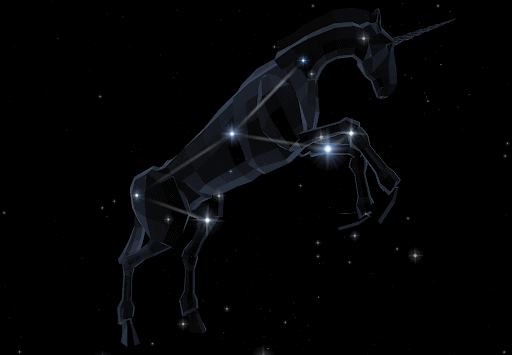 The unicorn is an emblem of purity and was accepted through astronomers after Johannes Hevelius added it in his atlas and catalog in the year 1690.

General belief reveals that all the unicorn's strength lies in its single horn and that you could never capture this animal alive. Its pure nature is also linked to the fact that unicorn teardrops have the ability to heal.

When Can You See Monoceros in the Sky?

The Monoceros constellation can be best seen during the coldest month of the year, February. You will need a dark sky in the middle of the night, free of clouds, to observe it clearly. 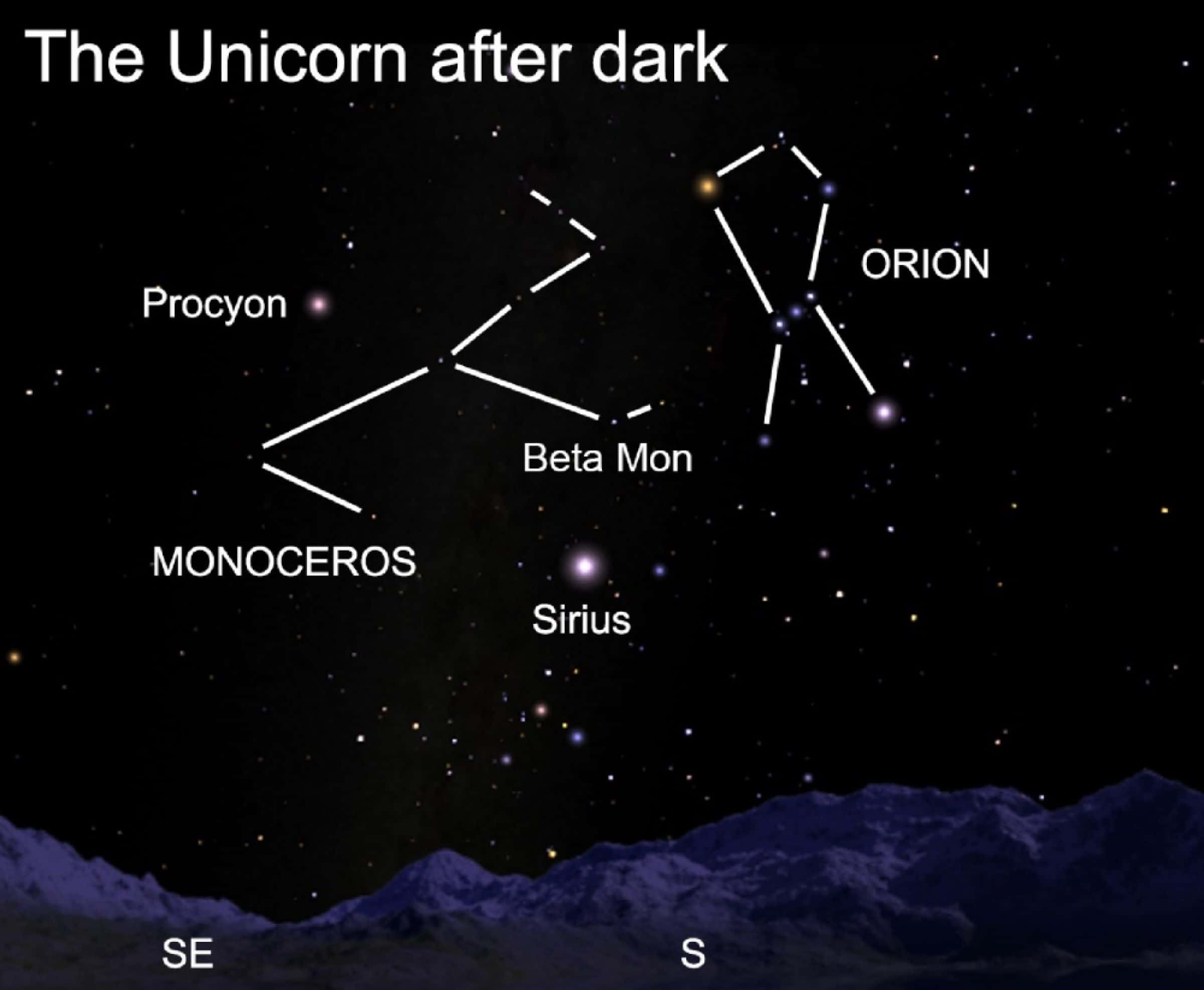 To find Monoceros, you will need to identify the triangle of Betelgeuse, Sirius, and Procyon. This triad is also known as the Winter Triangle. Once you have discovered this, in the middle, you may notice the faint constellation of Monoceros, but only if the sky is dark enough.

Where is the Constellation of Monoceros Located?

Monoceros is placed in the second quadrant of the northern hemisphere. It is visible at latitudes between +75o and -90o. Its right ascension is 7.15h, and its declination is -5.74o. 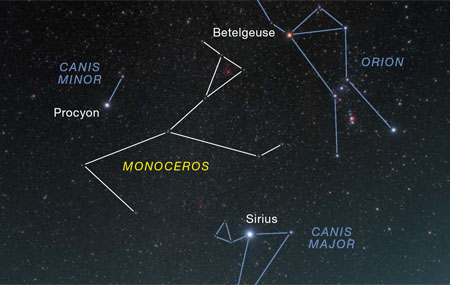 Are there Any Messier Objects in Monoceros?

The Messier 50 is the only such kind of object found in the Monoceros constellation. It is an open cluster that was discovered in the early 18th century by G.D. Cassini and later brought to general knowledge by Charles Messier, independently of previous recordings. 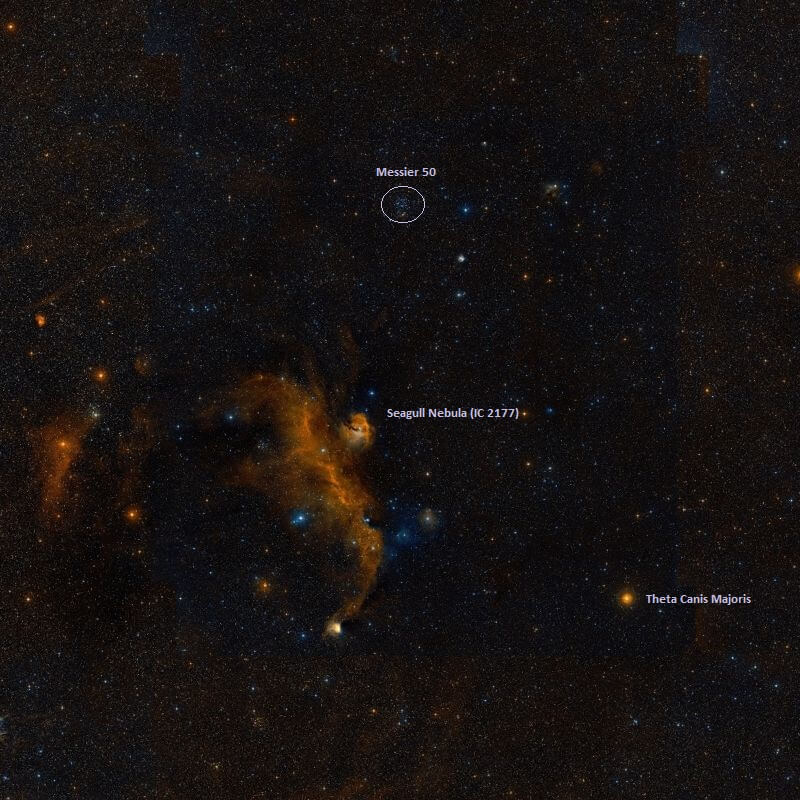 Fun Kids Facts About the Constellation of Monoceros

- It is believed that Monoceros was discovered even longer ago, according to the French scholar Joseph Scaliger, who found an ancient sphere from Persia.

- The French astronomer Camille Flammarion discovered that there was a previous possible constellation called Neper that was spread in the same area as Monoceros and Microscopium.

- Monoceros hosts the Four Great Canals, the Chinese asterisms, and the Outer Kitchen.

- Monoceros was initially called "the second horse" because there was another horse constellation at the time.

The Invention of Monoceros

The Unicorn constellation was unknown to the ancient Greeks, as it was discovered in 1612 on a globe by Petrus Plancius, a Dutch theologian.

Even so, it came to the public's attention in 1624, when the German astronomer Jacob Bartsch portrayed it on a star chart, under the name of Unicornu. He is also the one to make a connection between this constellation and the Bible, as it is a symbol of purity in Christianity.

The final touch was made by the Polish astronomer Johannes Hevelius, who named it the Monoceros in his famous atlas and ensured it's presence in the astronomy community.

Are There Any Meteor Showers Associated with Monoceros? 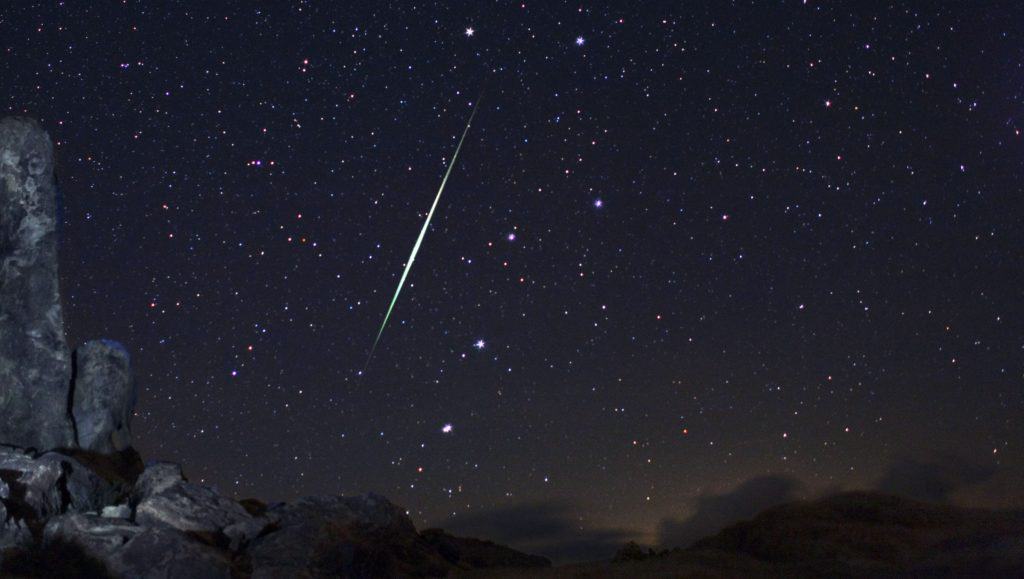 The December Monocerids can be seen during November and December. Its peak is reached on the 8th of December, every year. Even so, there are only two meteors per hour at an average rate.

Are there Planets in Monoceros?

The Monoceros constellation hosts 16 stars that have planets. The CoRot-7 star actually has two Earth-like planets and another one that awaits confirmation. One of these planets has somewhere between 2.3 to 8.5 Earth masses, while the other exoplanet has 8.4 to 13.5.

What Are the Brightest Stars in Monoceros?

The Brightest Star in Monoceros

The brightest star residing in the Monoceros constellation is also the biggest one, and it is designated as Beta Monocerotis. It is actually a triple star system. 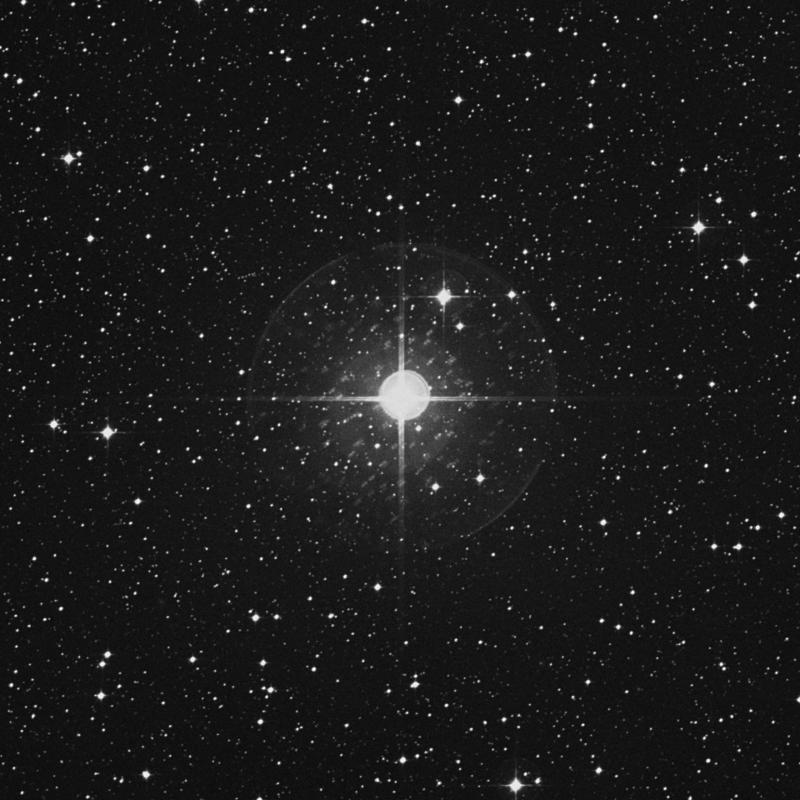 Its visual magnitude is 3.74. Every star is 6 to 7 times bigger than the Sun and 1,300 to 3,200 times more luminous than the previously mentioned celestial object.

- Monoceros is the 35th largest constellation, occupying 482 square degrees of the sky.

- Beta Monocerotis is the brightest star in this constellation, and it is a triple star system.

- There are 16 stars with planets in the Monoceros constellation.

- Messier 50 is the only Messier object in Monoceros.

- Two meteor showers are associated with Monoceros, the December Monocerids and the Alpha Monocerids.

- The best time to observe Monoceros is during the month of February when it is prominent in the night sky.