The Orion Constellation is among the largest constellations out there and amongst the most famous. It is located on the celestial equator, and it can be seen from any place on Earth. Its name comes from a hero from Greek mythology – "The Hunter."

The constellation of Orion is among the most ancient and prominent constellations in the night sky. It hosts many massive, bright stars, nebulae, and famous asterisms.

Orion's Belt, for example, is an asterism that the ancients knew well. The ancient Egyptians, for instance, pointed some of their pyramids towards this asterism. 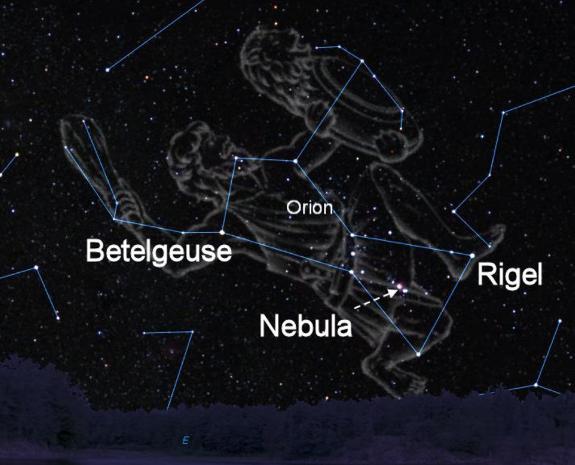 Other pyramids in Mexico are pointed towards Orion's Belt as well. If only one asterism received much attention from us, imagine how many other exciting things the constellation of Orion hosts! Let's find out together.

What does Orion Symbolize?

What does the constellation of Orion symbolize? Orion is portrayed in star maps, either facing Taurus's charge or chasing after the hare with two dogs.

In Greek Mythology, Orion was the handsome son of Poseidon and Euryale. In the well-known Homer's Odyssey, Orion is depicted as an extremely tall, unbreakable man. 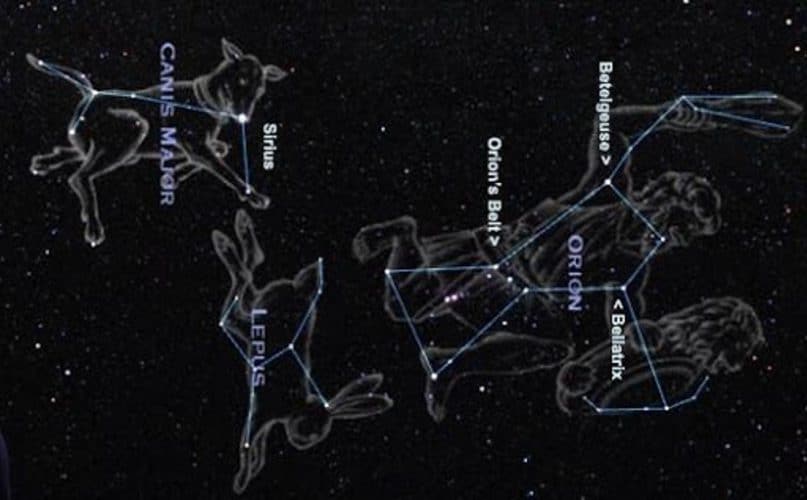 Many different myths across the globe are associated with Orion. Generally, many refer to him as the hunter, with the constellations of Canis Major and Canis Minor, representing his hunting dogs.

Where is Orion Constellation Right Now?

Visible throughout the world, you can easily spot Orion, as it is one of the brightest constellations in the night sky. Look for the Orion's Belt asterism, which is formed out of three very bright stars. It is visible on the celestial equator. You can also look for a bright red star, namely Betelgeuse, and you'll find the Orion Constellation. 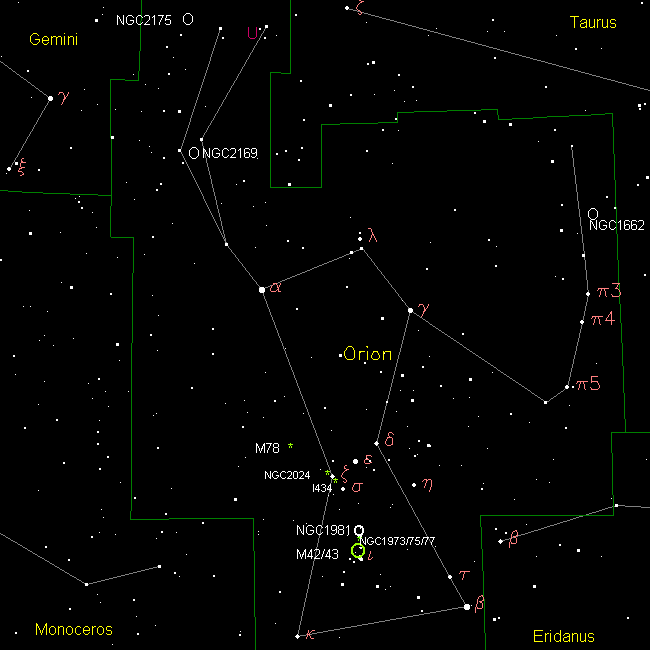 What is the Story of Orion Constellation?

There are many stories involving Orion, but one of the most famous ones recalls a curse put on him by Gaia because he wanted to kill all the animals on Earth to prove his hunting prowess. 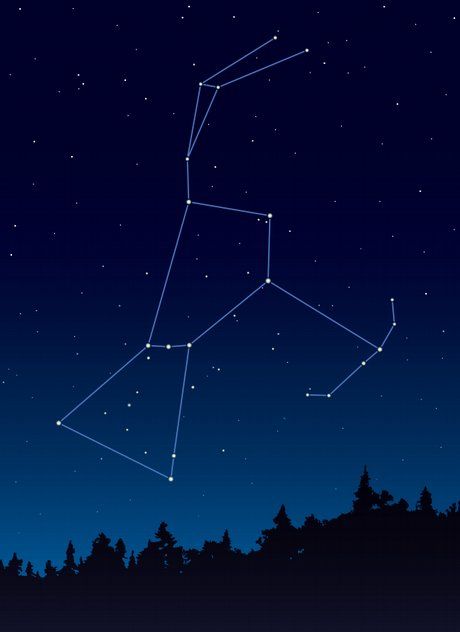 Fun Kids Facts About the Constellation of Orion

- The Orion constellation looks like a big hunter, holding a shield, a belt, and a sword, and surrounded by two hunting dogs: Canis Major and Canis Minor. Under Orion's feet, it seems that the dogs are after a hare or a rabbit, which is represented by the constellation of Lepus.

- Orion's constellation consists of 81 stars - 7 main stars and a huge red one, named Betelguese. The brightest star in Orion is Rigel; however, Betelgeuse occasionally outshines it.

-The three stars that form Orion's Belt are called Alnilam, Mintaka, and Alnitak. However, two of these stars aren't singular stars, but rather, entire stellar systems.

- Two meteor showers are associated with the constellation of Orion: The Chi Orionids that takes place in December and the Orionids that occurs between 2Oct – 7 November.

- Orion Constellation is 773 light-years from Earth, and it shines 40.000 times brighter than the Sun.

Orion Constellation covers 594 square degrees, which makes it the 26th largest constellation in the night sky out of the 88 modern constellations. It can be seen from any corner of the world. 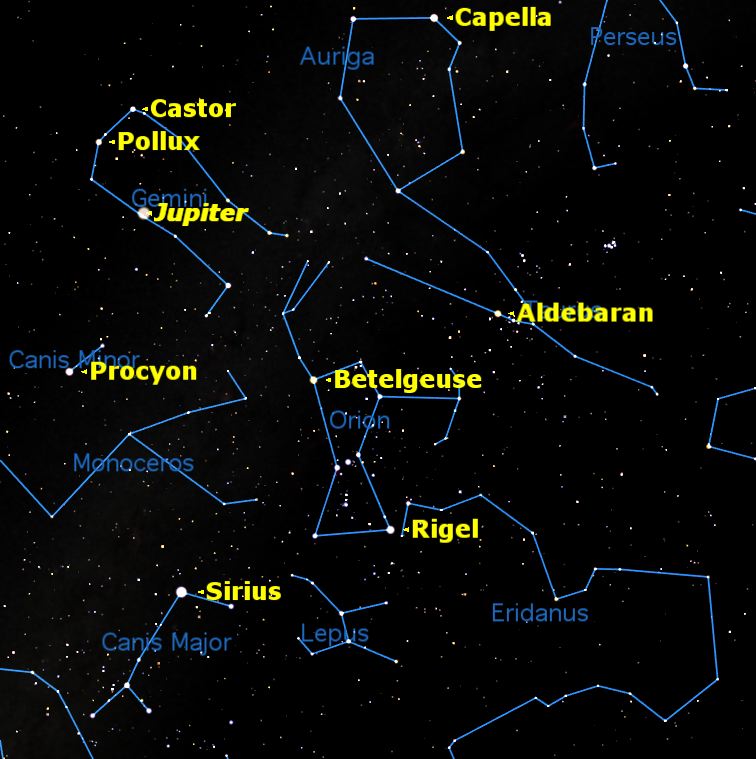 What is Orion so Important?

Orion is one of the oldest recognized constellations in the world. It hosts stars, clusters nebulae, and many other deep sky objects. Many famous stars reside here, such as the red giant Betelgeuse, Rigel, Alnilam, Alnitak, Mintaka, or Bellatrix, amongst others. 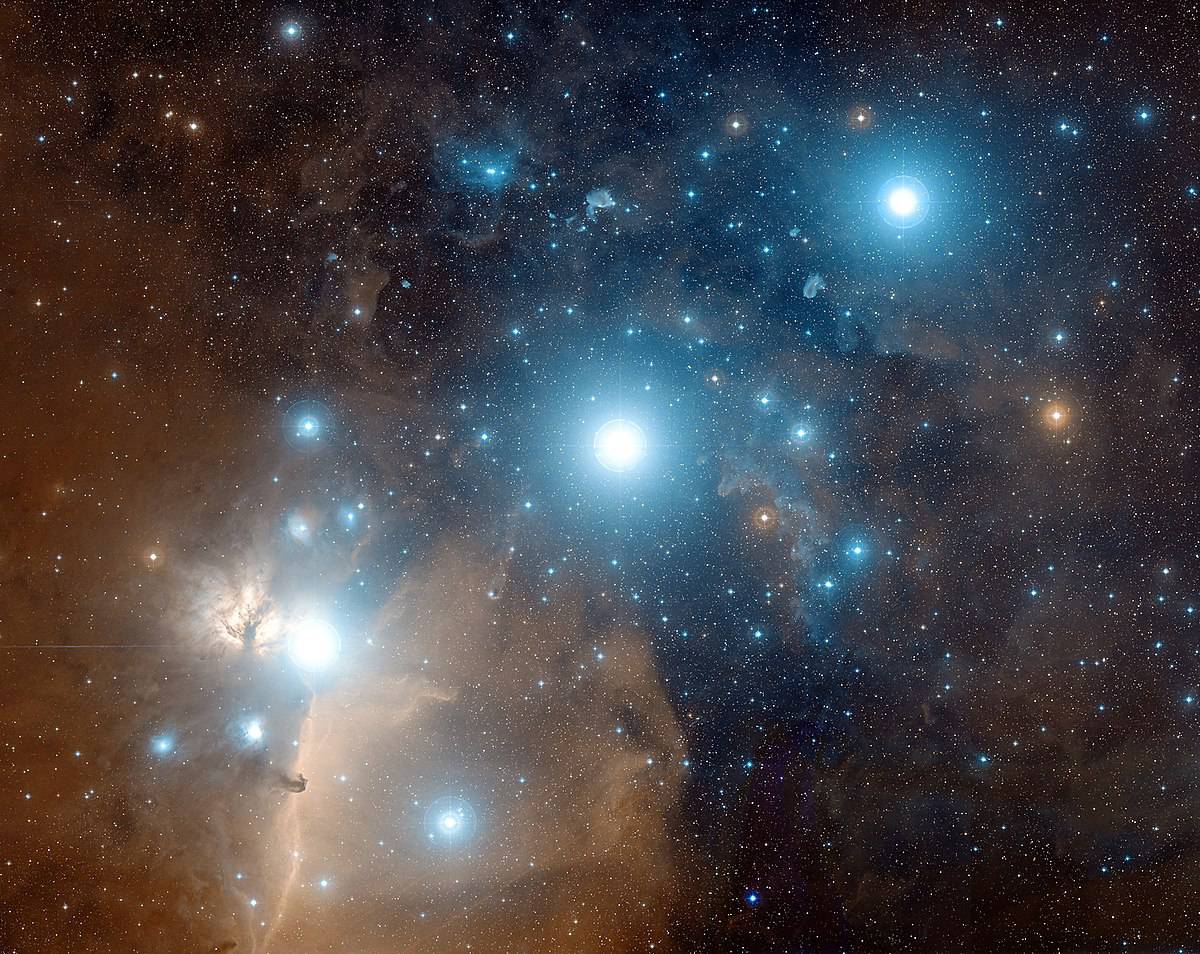 It has a unique pattern, which makes it easily identifiable in various cultures around the world. Orion's Belt, one of the asterisms present in the constellation of Orion, is so essential to some civilizations, such as the Egyptians, that they actually pointed their pyramids towards it.

Their most important gods came from this direction in some of their mythologies and even created humanity.

An asterism is a group of stars or a star pattern that is not categorized as a constellation. Asterisms can be observed within constellations, though. (for example, "The Big Dipper" from Ursa Major Constellation)

What Are Some Famous Asterism of Orion?

Orin has many asterisms: the Sword, Head, Club, Shield, and the Belt. Orion's Belt is the most famous asterism, also known as the Three Kings or the Three Sisters. 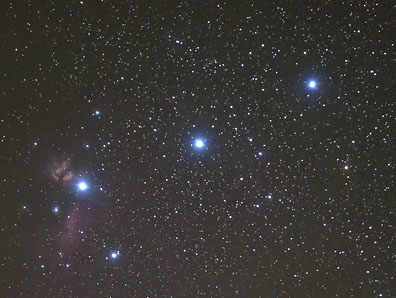 It has three shining stars: Alnitak, Alnilam, and Mintaka. You can spot Orion's Belt in January, on an early night sky. It is believed that these three stars were formed ten million years ago from the molecular clouds within Orion.

Is Orion Mentioned in the Bible?

Amongst some half-dozen stars mentioned in the Bible, we have "kesil" (Orion). Kesil means "impious." In an old Syriac version of the Bible, the constellation was named "the giant" by the Arabs, referring to Nimrod – the hunter who was bound in the sky for his unrighteousness.

What are the 3 Stars in a Row Called?

Three stars in a row is the asterism known as Orion's Belt. It is not necessarily for stars to be physically associated to create an asterism. Any beautiful-looking grouping can be an asterism.

Other Characteristics of the Constellation of Orion

There is an Orion family of constellations that consists of Orion, Canis Major, Canis Minor, Lepus, and Monoceros. There are various nebulae in Orion Constellation and Messier objects, such as the Horsehead Nebula, Barnard's Loop, Flame Nebula, Monkey Head Nebula.

It is believed that the pyramids from Giza simulate Orion's Belt – they're not symmetrical, and their orientation is similar to Orion's position towards the Milky Way. 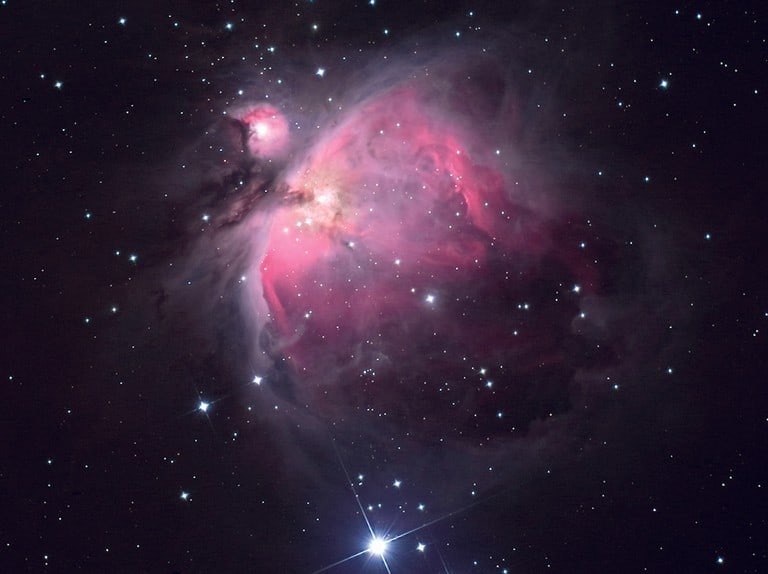 Orion's second brightest star – Betelgeuse, will go supernova sometime in the next million years. A supernova is a big, colorful explosion. If that happens, an incredible brightness will occur for a period of time, eventually fading away.

- Orion is the 26th constellation in the sky, and its size is 594 square degrees

- Its brightest star is Rigel, and its biggest one is Betelgeuse.

- The stars in Orion are moving apart, but since they're so far away from us, the constellation will still be visible for a long time.

- In the center of The Orion Nebula, there is "The Trapezium," which brightens the nebula.

- Orion's Belt is among the most famous asterisms in the night sky, along with the Little Dipper, and the Big Dipper, from Ursa Major and Ursa Minor.

- Prominent nebulae are located within the constellation of Orion.