Rigel is a blue supergiant star located at around 860 light-years / 260 parsecs away from Earth. Keep reading for more interesting facts and information perfect for kids.

Looking for fun activities to teach kids about Rigel?

This premium worksheet bundle contains a printable fact file and 10 fun and engaging worksheets to challenge your students and help them learn about Rigel.

Rigel, also known as Beta Orionis, is the brightest star in the constellation of Orion, the celestial hunter. Rigel is a blue supergiant star of spectral type B8 la. 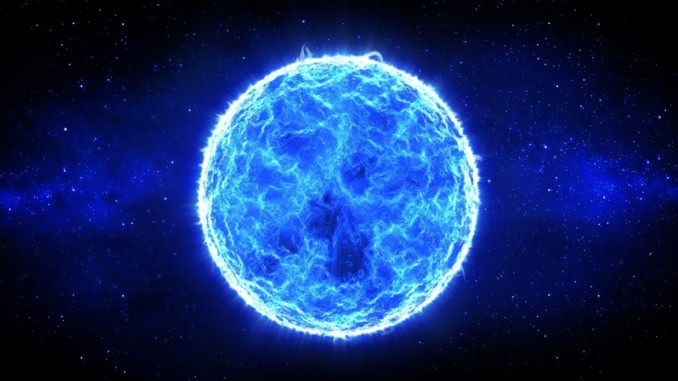 In the constellation of Orion, Rigel marks the celestial hunter's foot. Its name comes from Arabic, and it means "foot." Since it is so bright, Rigel can be seen from anywhere on our Earth, except for people who are 8 degrees from the North  Pole.

Rigel is a blue supergiant star of spectral type B8 la. It has exhausted its hydrogen supplies, and it is expanding even now! Rigel will eventually turn into a red supergiant star.

Located at 860 light-years / 260 parsecs away from Earth, Rigel is still so bright that it is considered the seventh brightest star in the night sky.

Rigel is an Alpha Cygni variable type of star, and through pulsations, Rigel changes in brightness from magnitude 0.05 to 0.18. This makes Rigel between 61,500 to 353,000 times brighter than our Sun.

Rigel formed at around 8 million years ago from an interstellar medium of gas and dust. Gravity pulled the swirling gas and dust together and resulted in the brightest star in Orion's constellation, Rigel.

The other three small stars orbiting around Rigel may have come from the same interstellar medium. Even so, Rigel is hundreds of times younger than our Sun.

- Rigel may eventually explode into a supernova, and when this happens, we will witness a very bright spot in the sky! It will be the second-brightest object in the sky after the Sun!

- Blue supergiant stars like Rigel tend to live very short lives because they exhaust their fuel much quicker than other types of stars.

- Rigel, along with Betelgeuse, Bellatrix, and Alnilam, are the navigational stars of Orion Constellation. These stars are the most recognizable in the sky!

- Since there are four stars, the Rigel star system is quadruple.

- Rigel and Betelgeuse contrast each other; one star is blue, the other is orange. Long ago, two rivaling Japanese clans chose these stars as their symbol.

- Rigel was mentioned as early as 1521. It was recorded on the Alfonsine Tables.

- The Chinese know Rigel as the Seventh Star of Three Stars, which is an asterism.

- The Maori people of New Zealand know Rigel as Puanga. Puanga was the daughter of Rehua, the chief of all the stars. Rehua was represented by the star Antares.

Rigel is a quadruple star system composed of the primary star, Rigel, designated as Beta Orionis A, a blue supergiant star, and three smaller blue-white main-sequence stars, which are considerably smaller, designated as Rigel Ba, Rigel Bb, and Rigel C. 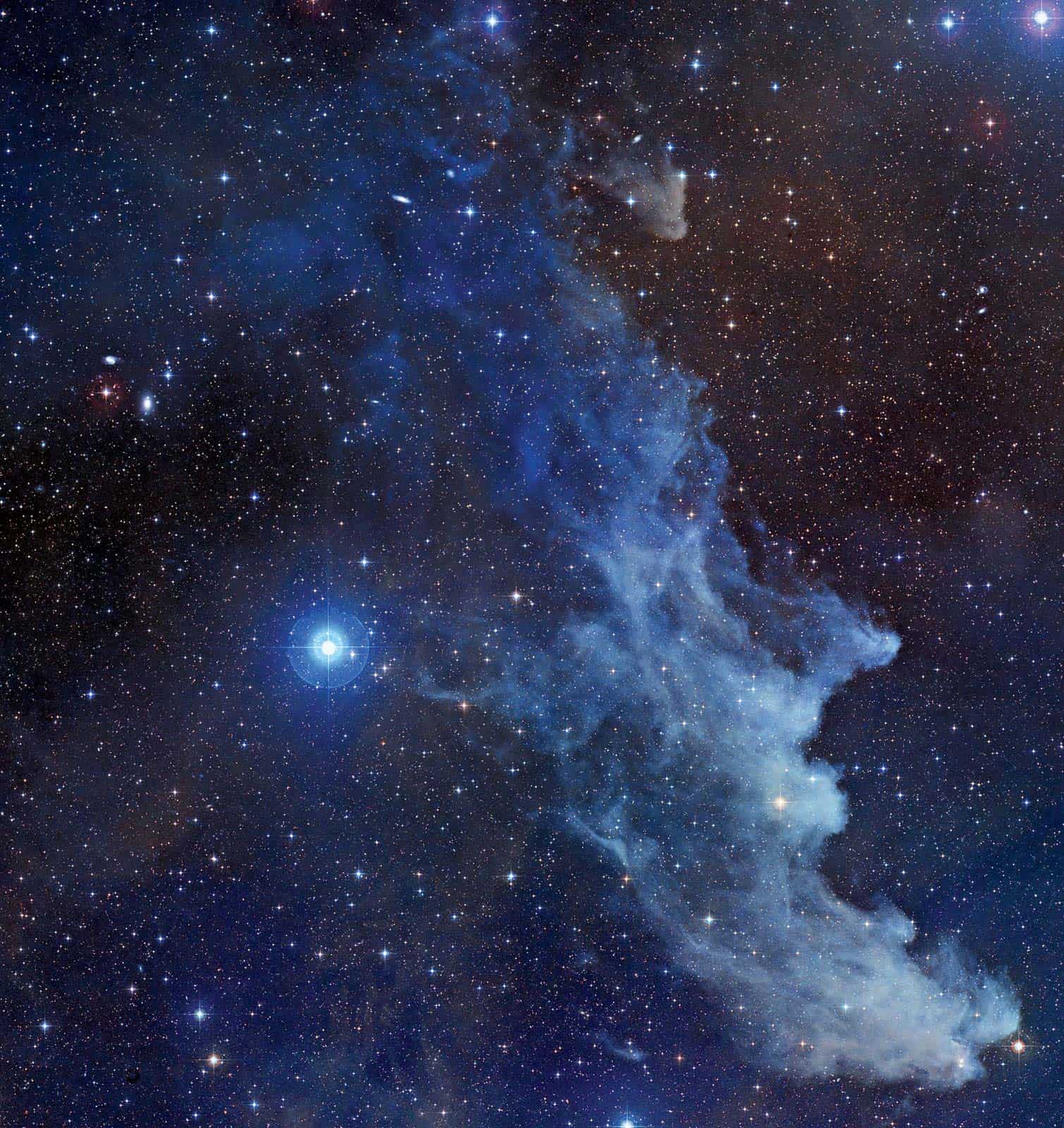 Most of these stars orbit one another once every ten days. The stars under Rigel B orbit the primary star once every 18,000 years. Since we have discovered Rigel, we haven't yet witnessed one such orbit.

All the stars in the Rigel star system are several times larger than the Sun. The primary star, Rigel, has 21 solar masses and 78.9 solar radii. This means that Rigel is more than 100 times bigger than our Sun. 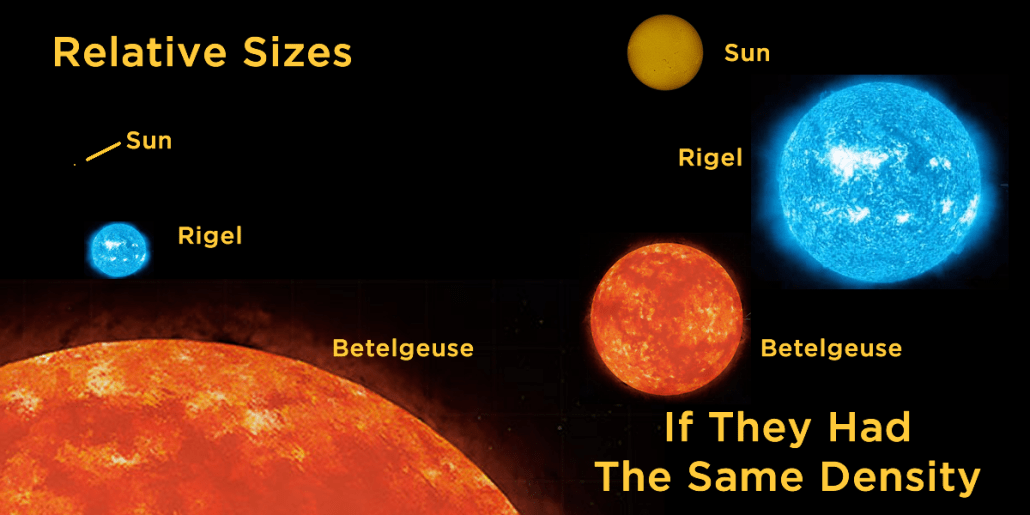 The average temperatures on Rigel have been estimated at around 12,100 K. It more than twice as hot as our Sun, and if you could replace our Sun with Rigel, the Earth would burn completely.

Does Rigel Have Planets?

There are around fourteen planets that orbit within the Rigel star system, but more than half of them are inhabitable, especially due to all those stars' radiation. 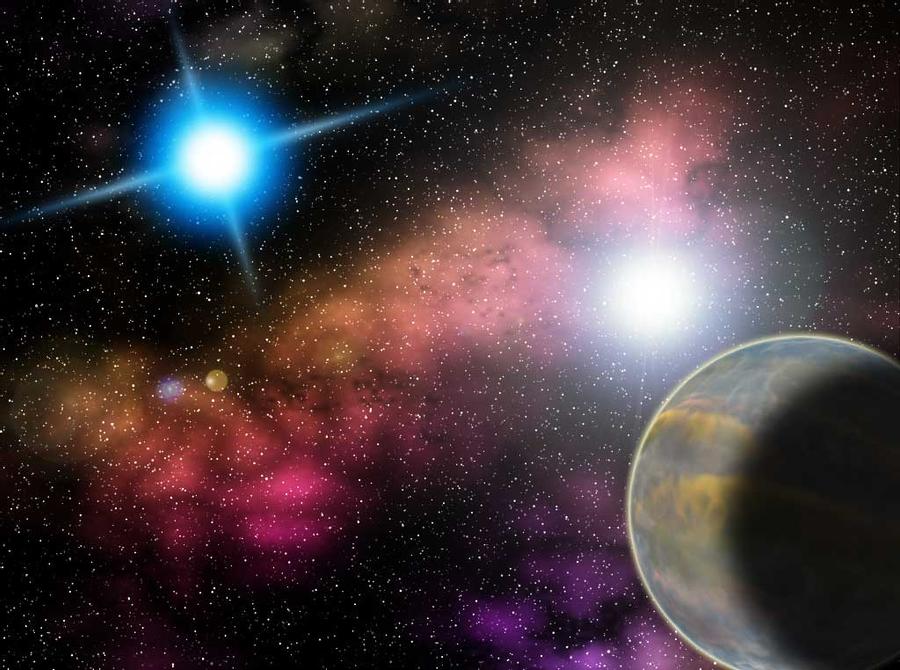 Is Rigel in the Milky Way?

Rigel, the seventh brightest star in the night sky, is located in the Milky Way galaxy. It is located at only 860 light-years / 260 parsecs away from Earth.

What is the Meaning of the Star Rigel?

The name Rigel comes from Arabic and translates to "the left leg of the giant." This is in reference to the star's position in its constellation. Orion is the celestial giant, while Rigel marks its left foot. The other foot is marked by the red supergiant star, Betelgeuse.

- Rigel is a supergiant blue star of spectral type B8 la.

- It has exhausted its hydrogen supplies, and it will become a red supergiant star.

- Though we see it as a single star, Rigel is actually a quadruple star system.

- Rigel is designated as Beta Orionis.

- Rigel is more than 100 times bigger than our Sun and twice as hot.

- Rigel is one of the stars which mark the Winter Hexagon.