The Full Moon in March, known as the Worm Moon in many traditions, amazing civilizations from the beginning of time with its beauty, light, and size. It is also the first Super Moon of the year 2020. 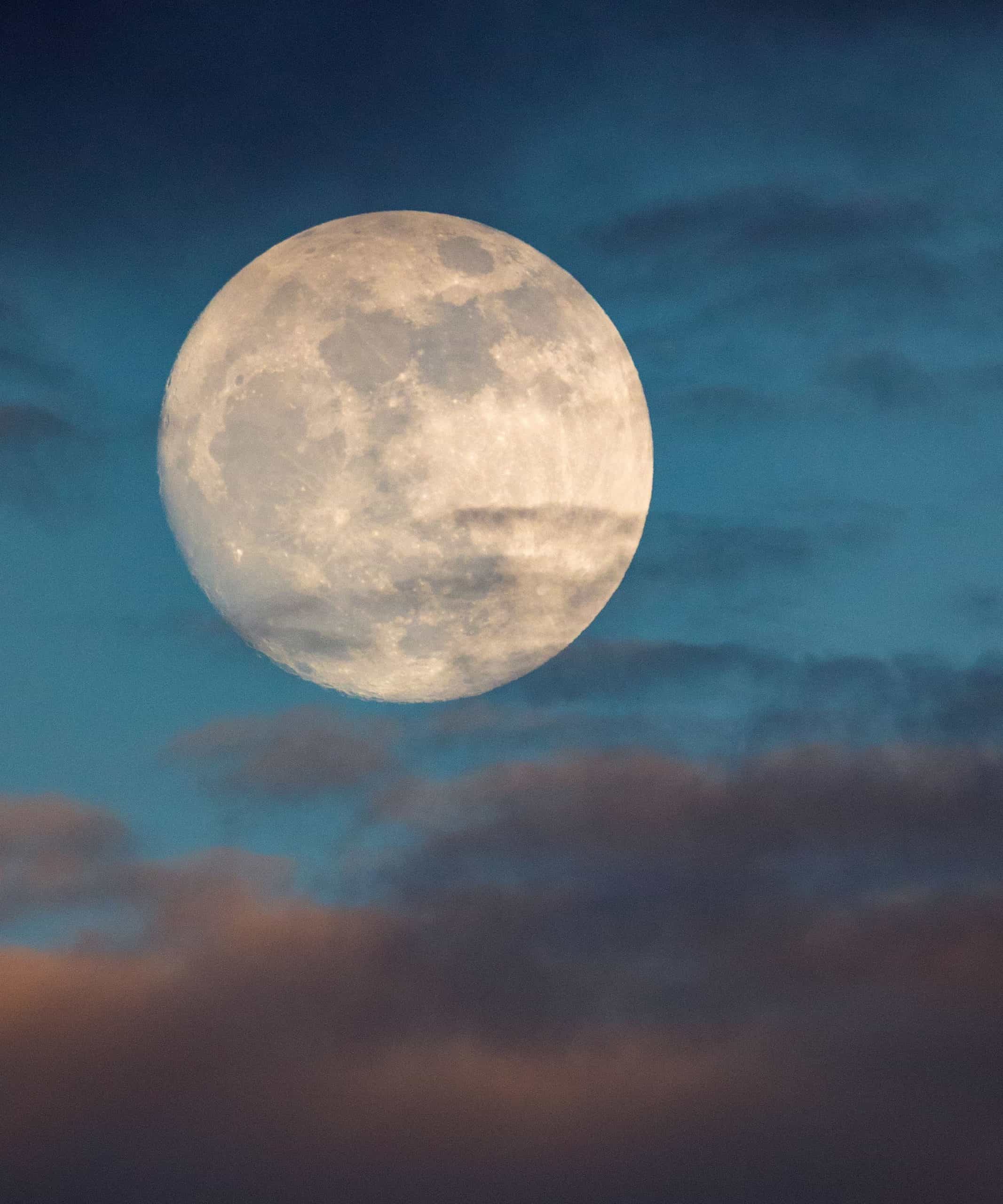 Let’s see what traditions, legends, and other Moon names are associated with the March Full Moon.

The Many Names of the March Full Moon

The Full Moon in March is generally known as The Worm Moon. The reason for that is the emerging from the ground of earthworms and grubs, announcing the end of winter and the beginning of Spring.

Historically, our ancients used Full Moon names to track the seasons. The name is referring to the entire lunar month, not just the Full Moon. Most of the names were given by Native Americans and are in close connection with nature. 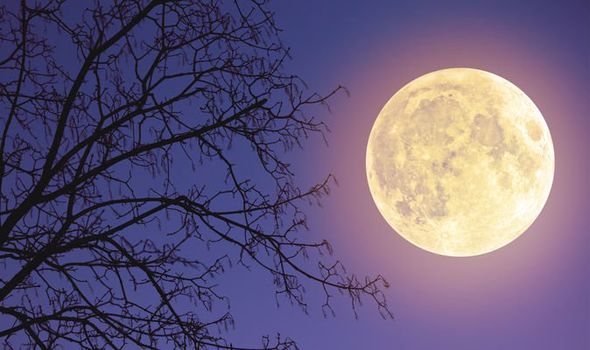 The first day of the month will be on a Monday, and The Moon will be at the Waning gibbous phase, with 94% visibility. This phase will last four nights.

On March 5, Friday, the Moon will enter its Last Quarter, only for two nights, with maximum visibility of 54%. From the 7th until March 11, we will experience the Waning crescent phase, the visibility descending from 35% to just 4% on the last night. 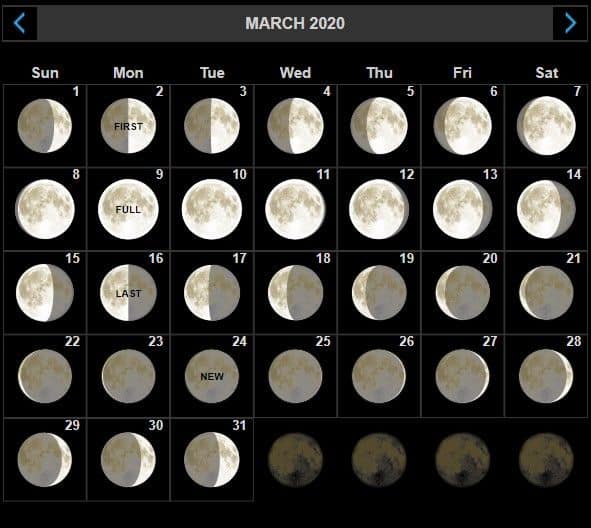 The New Moon phase will start the next night, until the 14th, with less than 2% visibility. The next phase will be the Waxing crescent and will last for five nights. The visibility will increase to 31%.

The First Quarter will appear on the 20th, and it can be seen until March 22. The Waxing gibbous phase will be next, from 23rd until 26th, with visibility increasing to 93%.

The March’s Full Moon will last three nights until the 29th. The visibility will be 100% only on the 28th and 29th. And finally, the Waning gibbous phase, when the Moon will decrease its visibility again.

Is March Full Moon a Supermoon?

Yes, it is. The March Super Full Moon is the first of three supermoons in 2020. The next ones will be on April 7 and May 7.

It’s called a supermoon because the Full Moon will coincide with the perigee. Perigee is when the Moon is at its closest point to Earth. We will bearly see the difference in size because it will seem only 7% larger than a regular full moon. Unless you see them side by side, the difference would be difficult to notice.

Unlike the February’s Supermoon, on which astrologers have big questions if to call it a supermoon or not, the Worm Moon is undebatable a Supermoon.

People associated the Full Moon with tension, stress, or even death from the beginning of time. The Moon and Sun being aligned can create disturbing energies. But it’s not the case with this Worm Moon.

Our ancestors named it this way because it is the period when the soul starts to soften and wake up after the winter. Worms bring so many benefits to nature. One of the most important things is that they fertilize the soil breaking down minerals so plants can access them. Worms in the soil mean that you will have a healthy and rich garden.

It is a time of kindness, renewal, and rebirth, as nature comes back to life after the stormy and cold winter. Earth is starting to regenerate, so it’s time for us to do the same.

It is the time when the maple sap starts flowing again. The Pagans considered sap as the blood of the Earth. They believed it’s a perfect time for healing magic. As the early spring flowers, we have to bloom as well.

The Worm Moon inspires tremendous energy in us. Being the first month of Spring, it is the best moment for cleaning. Not only physically but most important spiritually by changing the attitude towards life.

The Full Moon – The Moon, Earth, and Sun are almost aligned, but the Moon is on the opposite side of the Earth so that we can see the entire sunlit part of it.

The First Quarter and the Third Quarter are when we can see half of the illuminated part and half of the Moon’s shadow part. This is why generally, these phases are known as Half Moon. We can only see half and half because the Moon is at a 90-degree angle concerning the Earth and Sun. 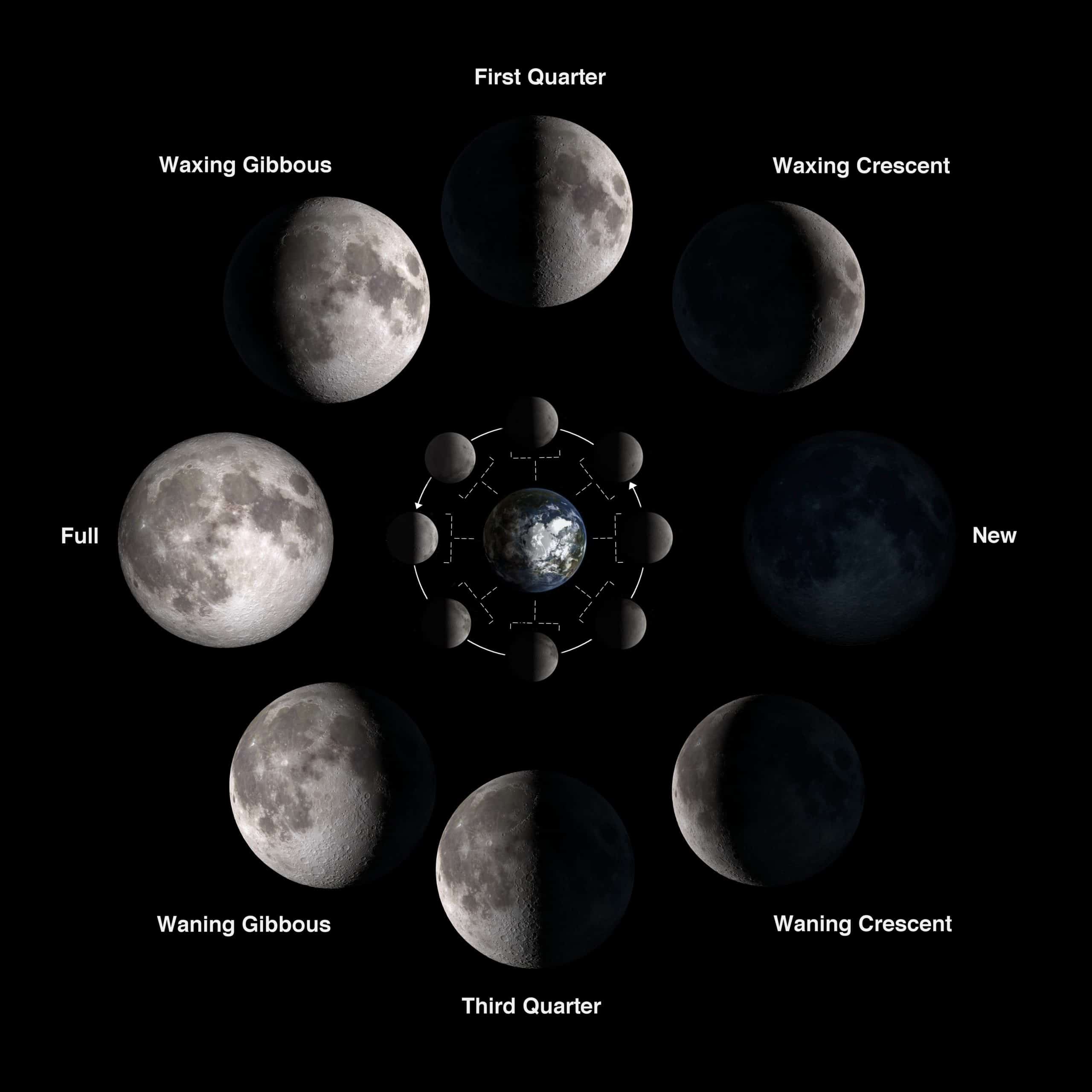 After the maximum phase of a Full Moon, the light starts decreasing, called the Waning gibbous phase. This phase lasts until the Third Quarter.

Following the Third Quarter, lights wane until the New Moon, when it’s completely gone. This is the Waning crescent phase.

On March 9, the Full Moon may have positive influences but can bring many challenges for the next two weeks. This period may bring fear and regrets, suspicions.

Jupiter, instead, will fill your soul with hope and faith, courage, and spiritual force to overcome deception and fear.

It is a time when opposite forces clash, but have faith that the good ones will always win.