May’s Full Moon is generally known as The Flower Moon. The peak of illumination will be reached on May 7, at 6:45 am EDT. It will be the last Supermoon of 2020 so, be sure you don’t miss it. 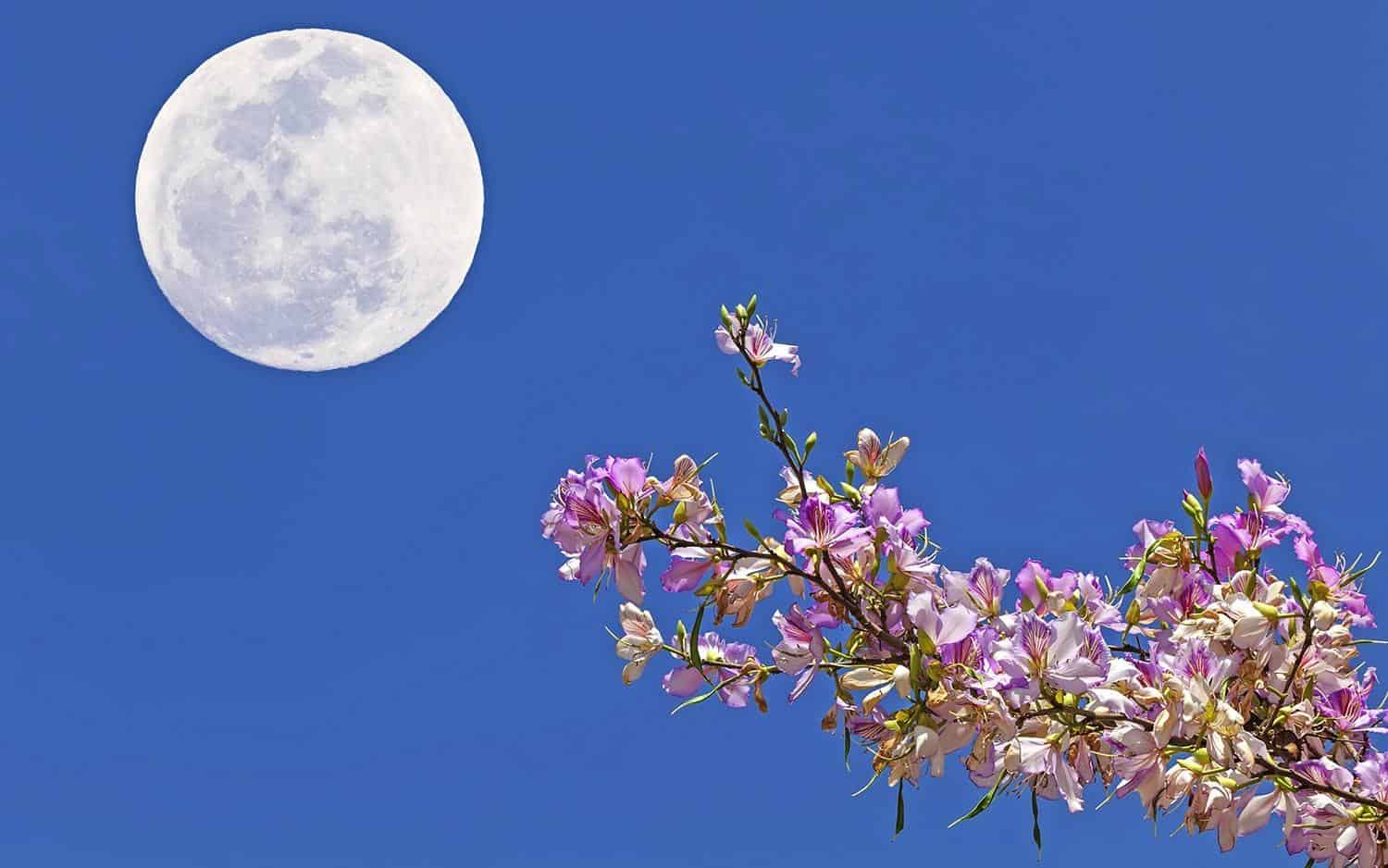 With that being said, let’s find out where it got its name from, the spiritual meaning of this Full Moon, and its phases.

Our modern calendar is based on the solar year. However, our ancestors used the lunar month to keep track of seasons. The names they gave for a full moon applied for the entire lunar month and connected with nature.

The most common name for May’s Full Moon is the Flower Moon. In the Northern Hemisphere, there are so many flowers that bloom in this period.

This is why the Native Americans, the Anglo-Saxons, and Germanic tribes named it this way. They were inspired by how colorful these flowers are, and the wonder of these displays.

Other names for this Full Moon are Corn Plantin Moon, Mother’s Moon, or Milk Moon. The last name was given because cows are milked three times a day at this time of the year.

Each Full Moon has its energy. Usually, they come with tension and drama. An uncomfortable battle takes place in our souls, as the Moon and the Sun are on opposite sides. The Moon rules over your subconscious, but the Sun rules over the part of you anybody can see.

This can bring a bit of chaos in our lives, but trust that only good things can happen from this struggle. When you overcome the conflict encouraged by the Full Moon, an impulse of positive change grows in you. Trust this conflict because it will show you what you need to see and know to grow. 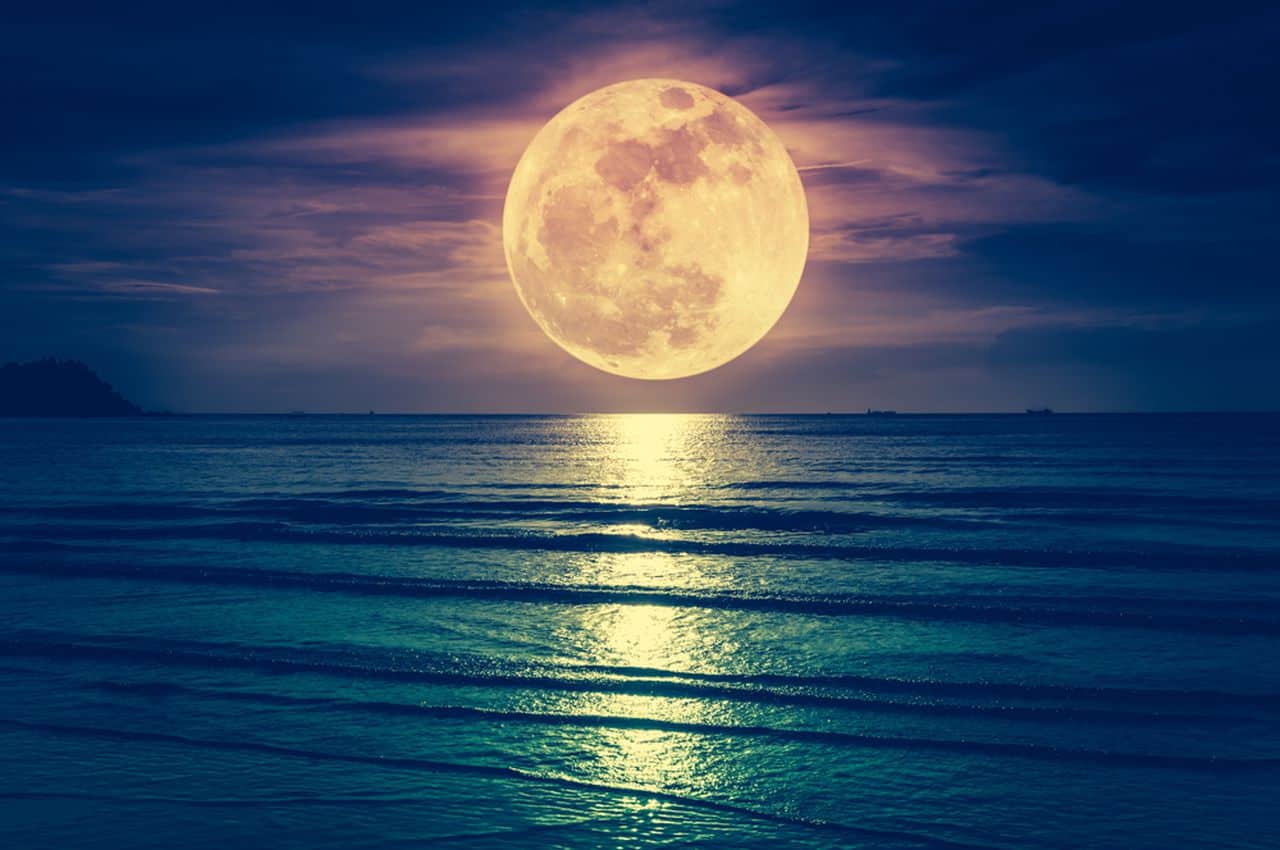 This Flower Moon will be intense because it takes place in Scorpio, which is one of the most passionate signs. It can make you feel the need to embrace your darker side. Be sure you know the difference between what you need and what you think you need.

Your imagination may start to go wild at this time but try to stay true to yourself, and this Full Moon will guide you to your highest self. If you have drams or projects you want to resurrect, now it’s the best time because this full Moon will give you the impulse for dramatic change.

Even if this Full Moon may seem scary, and it’s a lot to deal with, it may be the most important thing that happened this year, bringing back to life a part of you that stayed in the shadows of your soul, helping you to embrace it and learn from it.

On Friday, May 1, the Moon will be in the First Quarter with 58% visibility. The waxing gibbous phase will start on the 2nd and will last until the 5th. The Moon will increase its visibility each night to 95%.

The Full Moon of this month will last three nights, from the 6th until the 8th, with a peak on May 7, with a 100% visibility. After the Full Moon, the Waning phase will begin, the Moon starting to decrease its visibility from 95% on May 9 to 71% on the 12th. 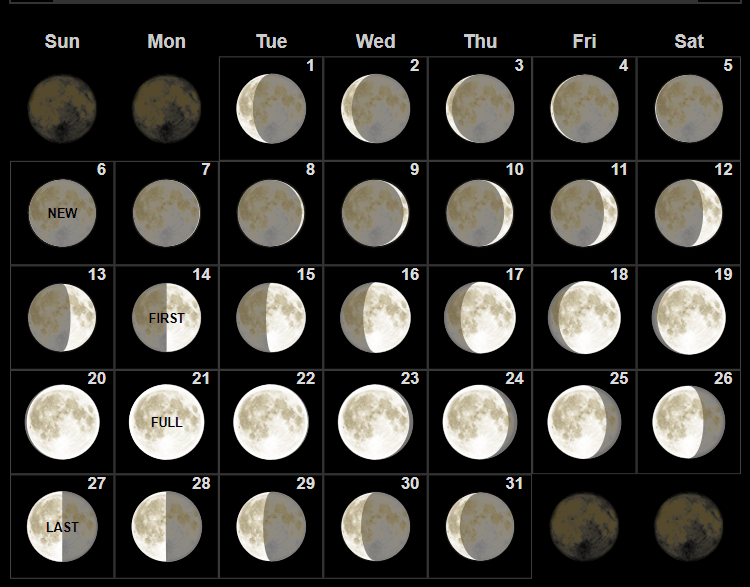 Until the 15th, the Moon will be in the Last Quarter phase, still decreasing its visibility to 42%. The Waning crescent phase will start on the 16th, and it will last until the 20th. On the last night of this phase, visibility will drop to just 5%.

The minimum illumination of the Moon will happen on May 22. It’s the New Moon, which lasts three nights until the 23rd. After this phase, the Moon will enter the Waxing crescent phase for six nights. Its light will slowly increase.

The last night of this phase is the 29th, with the illumination at 43%. On the 30th and the 31st of May, the Moon will enter the First Quarter with the 66% visibility.

Is May’s Full Moon a Supermoon?

It definitely is a Supermoon. It is the last Supermoon of the year. This year we experienced a series of Spring Supermoons. Even if the Flower Supermoon if a bit less bright and bigger than the March’s and April’s Supermoons, it still qualifies as a Supermoon. The difference is very small.

Usually, the Supermoons appear 7% bigger and 15% brighter. It is hard to notice these differences with bare eyes.

As with every Supermoon or Full Moon, this one will bring stronger weather events and bigger ocean tides. A Supermoon occurs when a Full Moon coincides with the perigee. 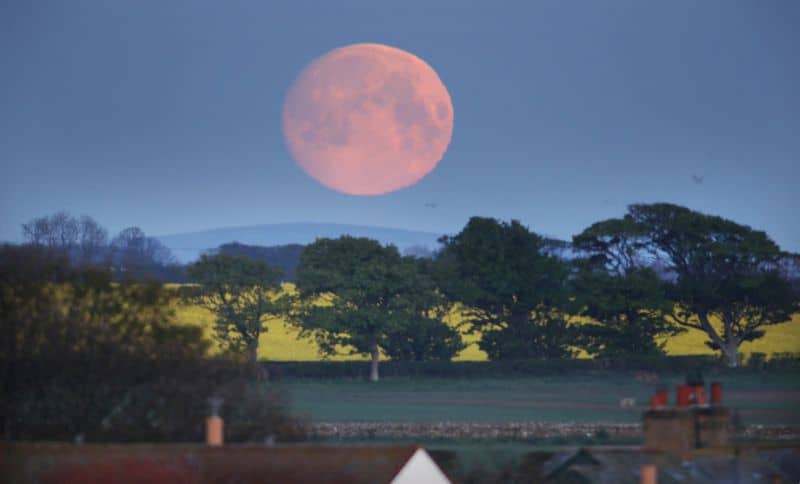 The term Supermoon it’s not defined by International Astronomical Union. Some astronomers consider that this year has four Supermoons, including February’s Full Moon. But many voices disagree, stating that the Snow Full Moon missed the perigee with more than one and a half days. Therefore it’s not entitled to be called a Supermoon.