Pi doesn't always need to be mind-boggling! It can be hilarious too!

Unlike the ordinary numbers we see every day, Pi is extremely unique. Math nerds love to deal with this small number that is bigger than three and smaller than four. If you start to write down Pi, you would eventually run out of paper because it’s a number that has no end. You can have all the papers in the world and you still wouldn’t be able to write it all down.

Pi is usually rounded to 3.14 and behind 4 appears completely random non-repeating order digits. This number cannot be represented as a fraction because it’s an irrational number.

Now, if what we just told you made you cringe and made you feel like you’re from out of this planet, don’t worry - that’s exactly how math class students feel every day too. But we want to make Pi a bit fun for everyone, so we compiled some of the most hilarious jokes and quotes about Pi that are perfect for any occasion. Yes! Perfect for everyone - even those who are not too crazy about Math!

Here are 19 super funny math jokes that will surely make you and your friends laugh for days!

1. Remember to never round up numbers when you're counting cows in the field! 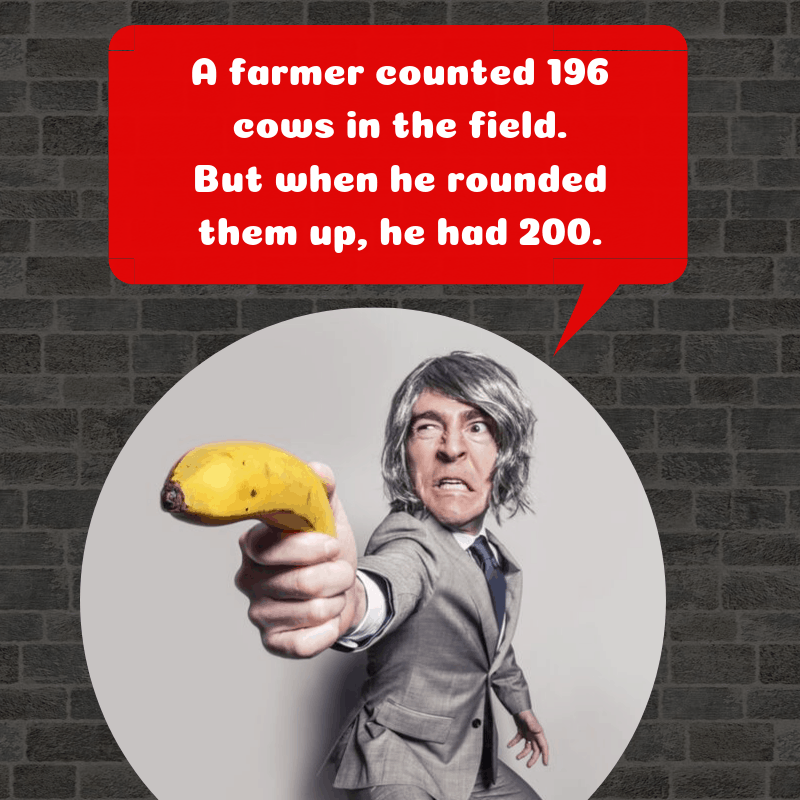 2. What a fun way to insert the pun! Your classmates will surely laugh at this joke without you even trying. 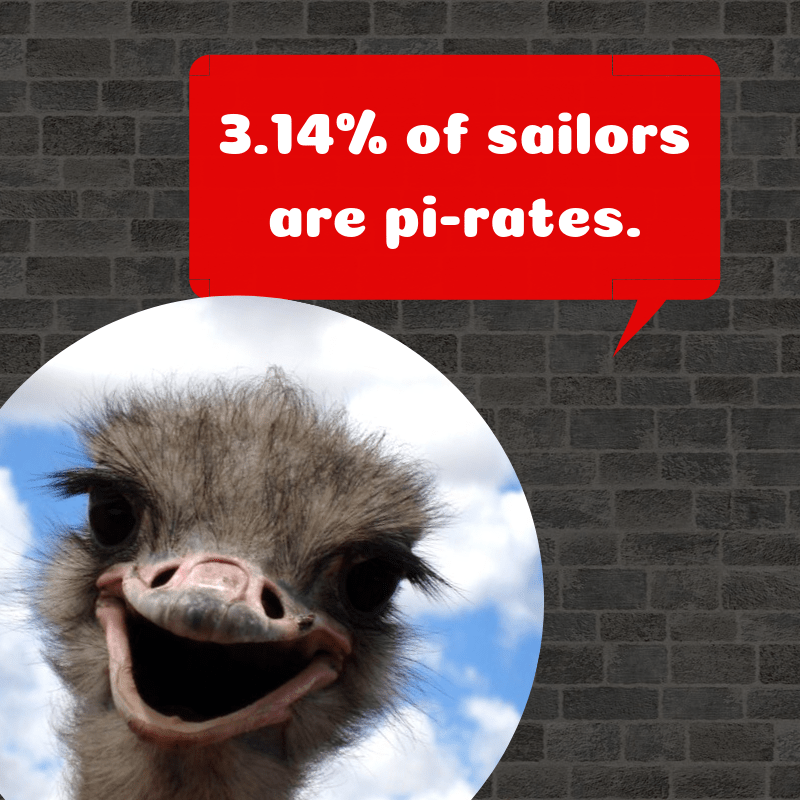 3. You’ll never know what you’ll find at the nerd side if you don’t see for yourself. 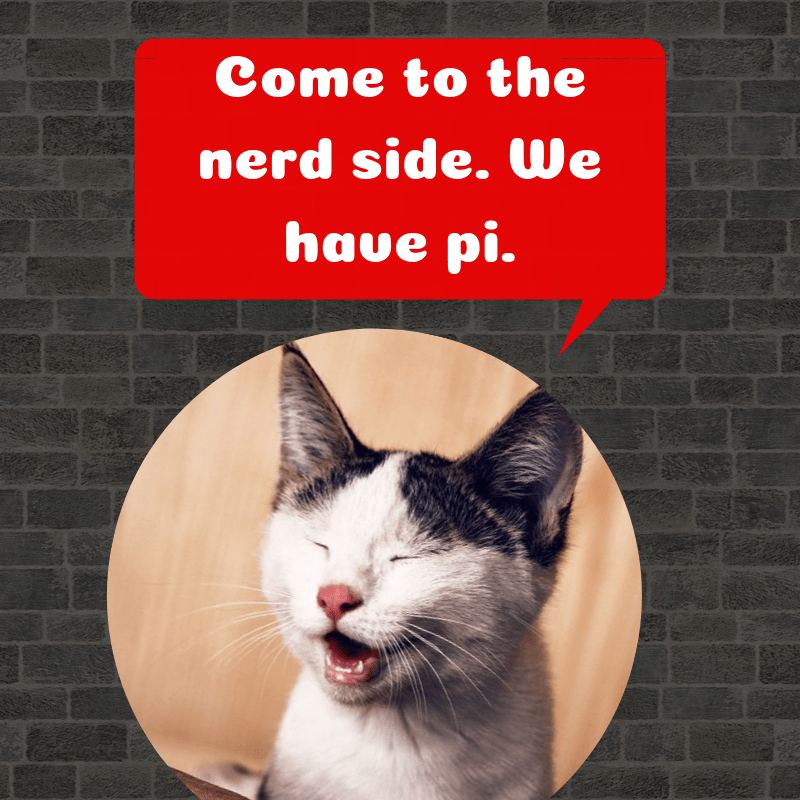 4. This is probably the smartest and wittiest joke about pi! 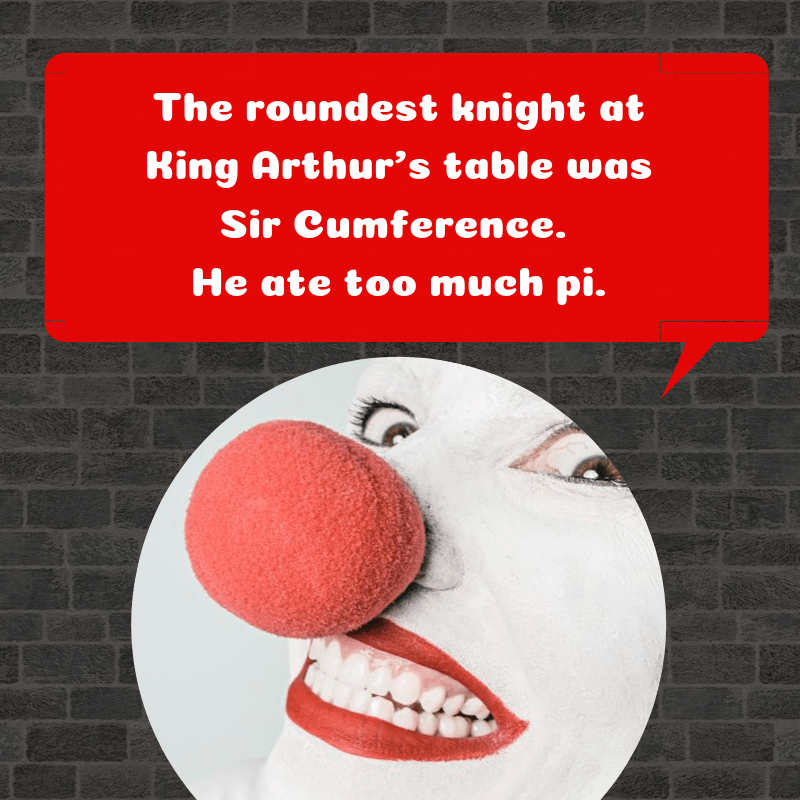 5. One must never mess with the Pi. 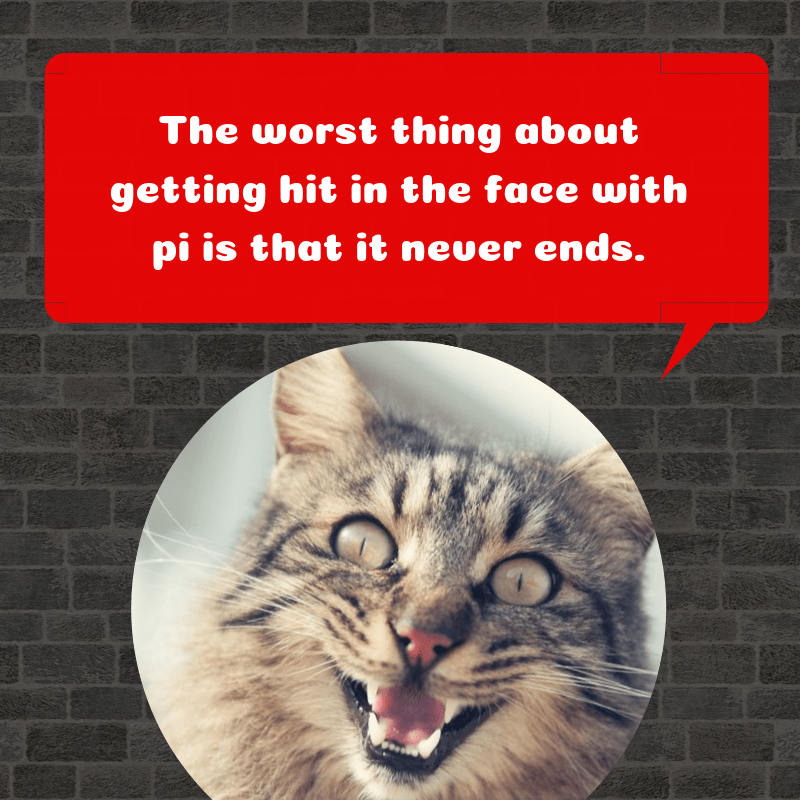 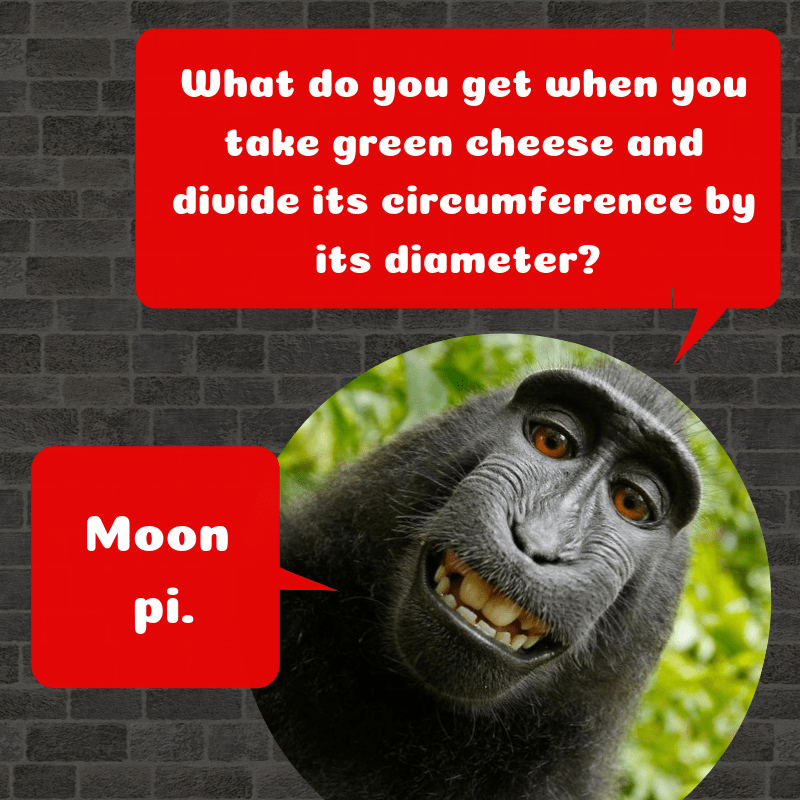 7. How do you deal with the cold? Pi doesn't do very well with it. 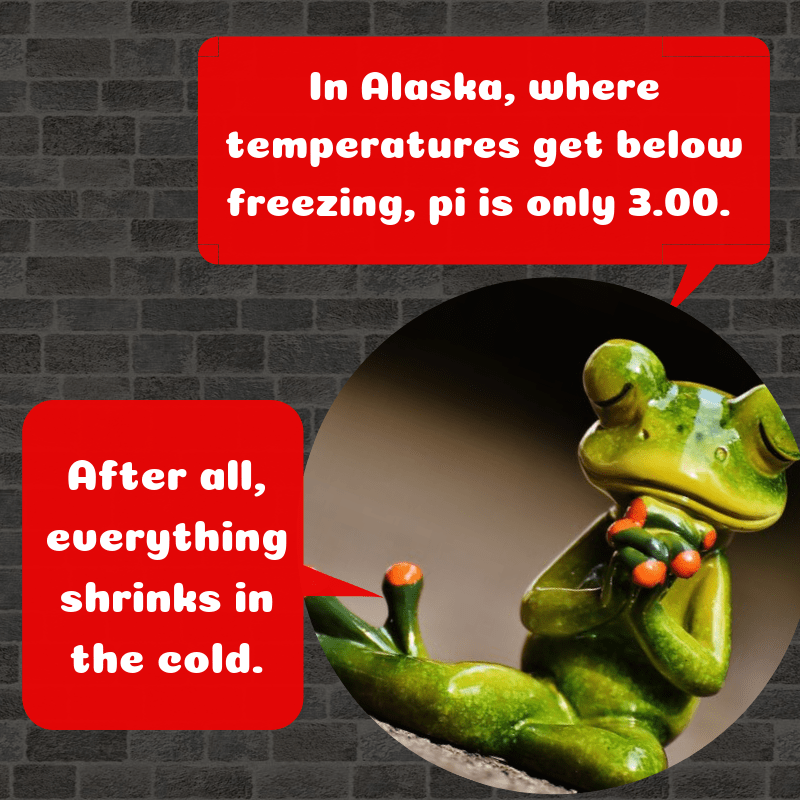 8. The perfect answer to such a perfectly crafted question! 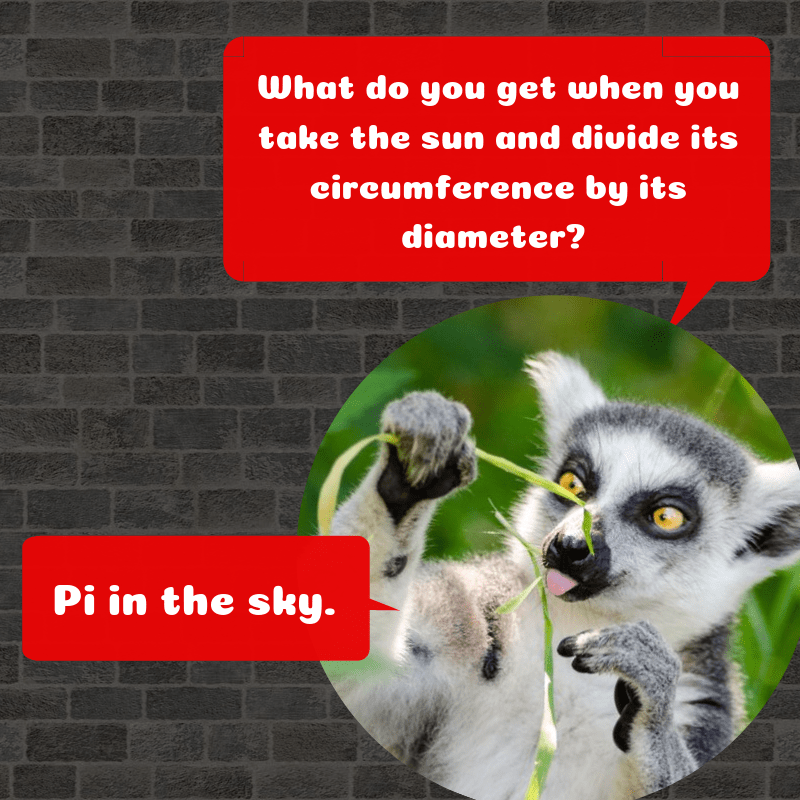 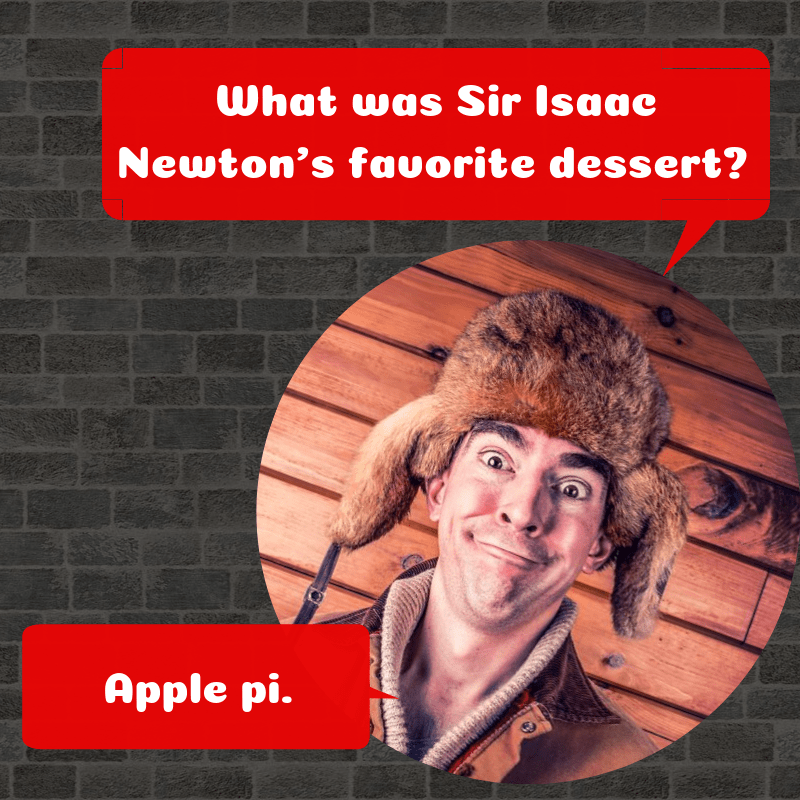 10. Ever had a conversation with someone who talks non-stop? It’s not always fun. 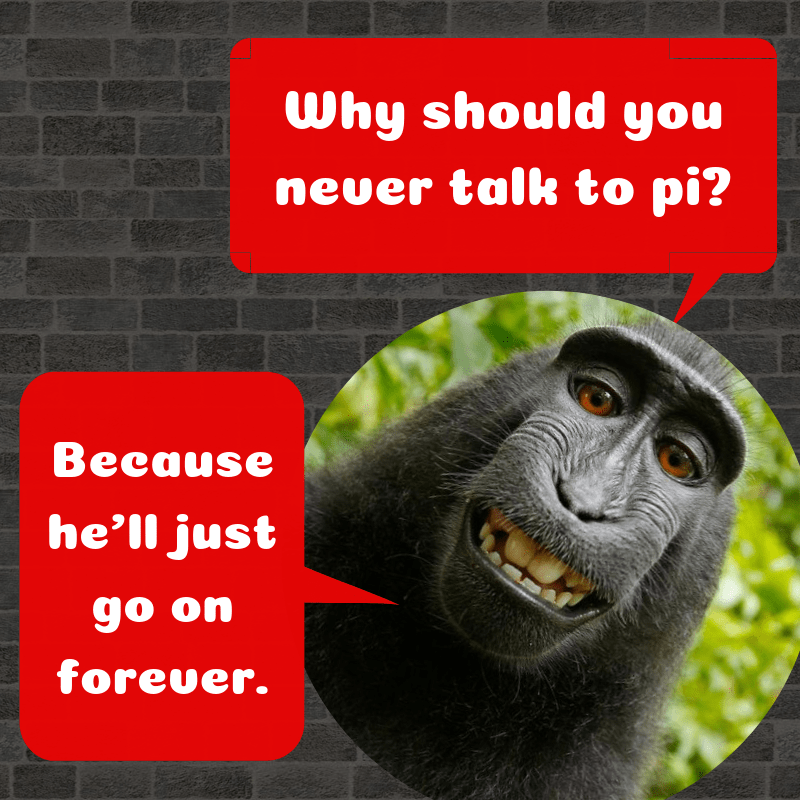 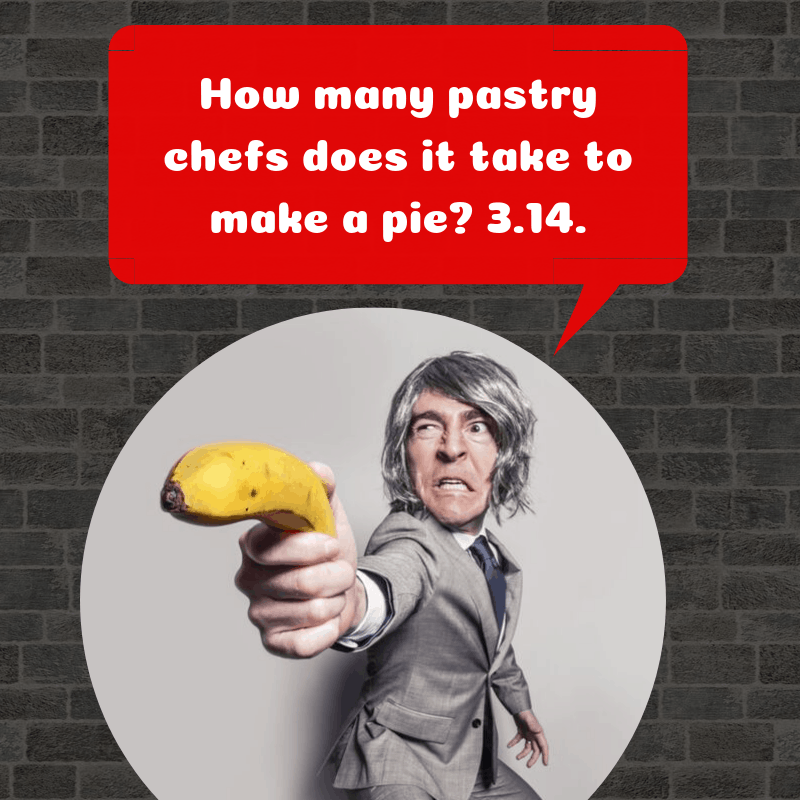 12. Wait. Did somebody say pizza? I’m coming over! Nothing better than having pizza and pi all in once place. 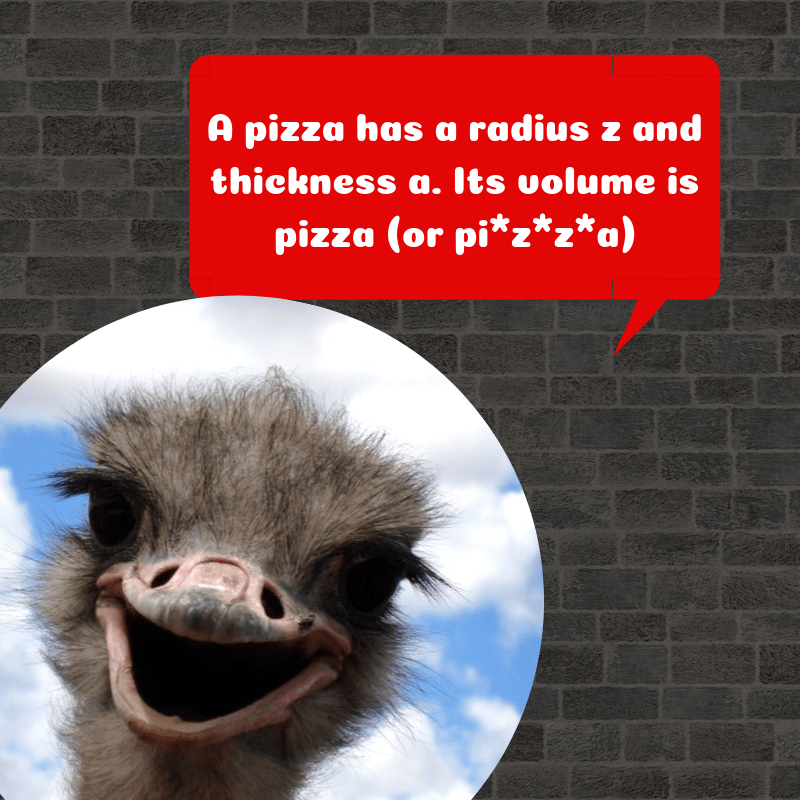 13. Because there’s no other animal that’s better than a Pi-thon. Duhh. 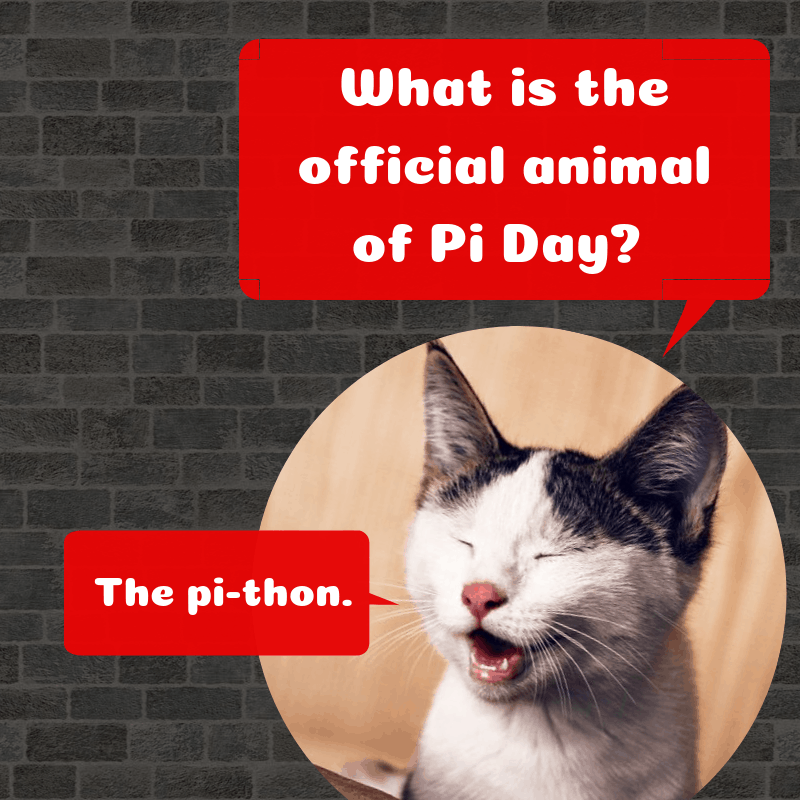 14. It is actually a very generous rating. Don't you think? 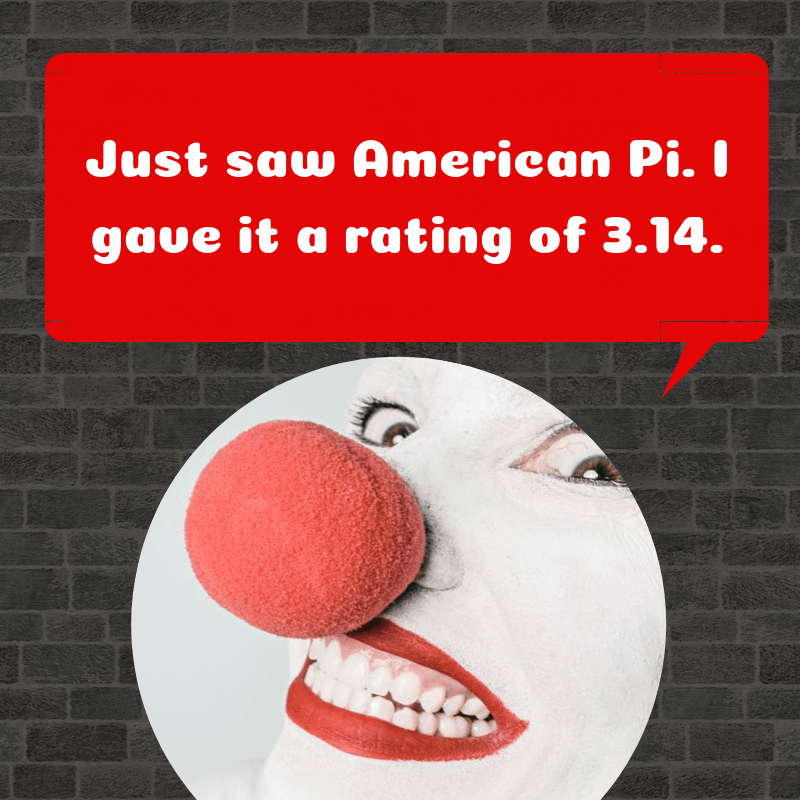 15. Anybody could’ve guessed this! Did you? 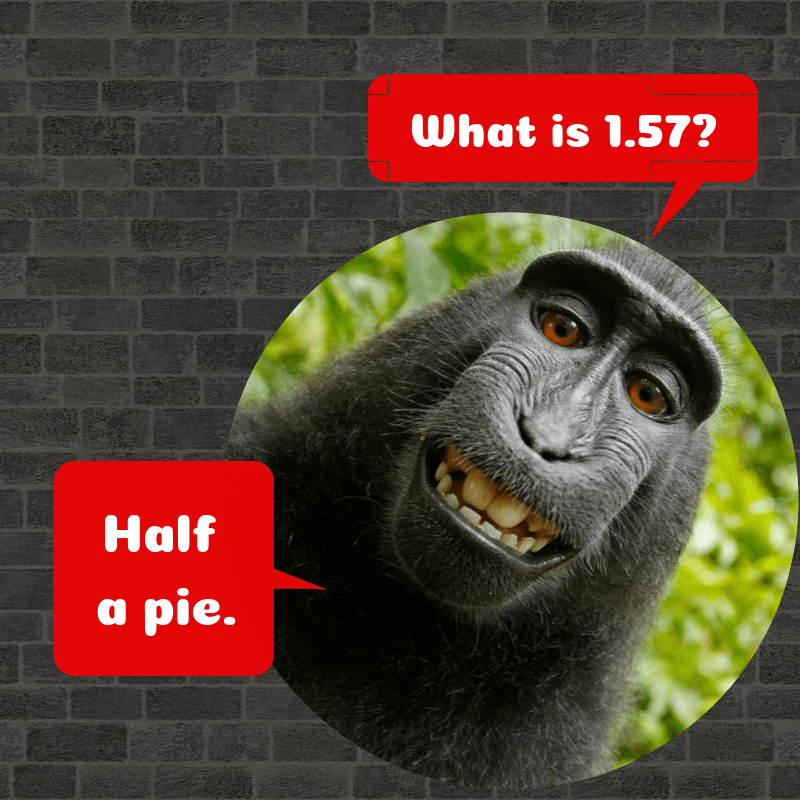 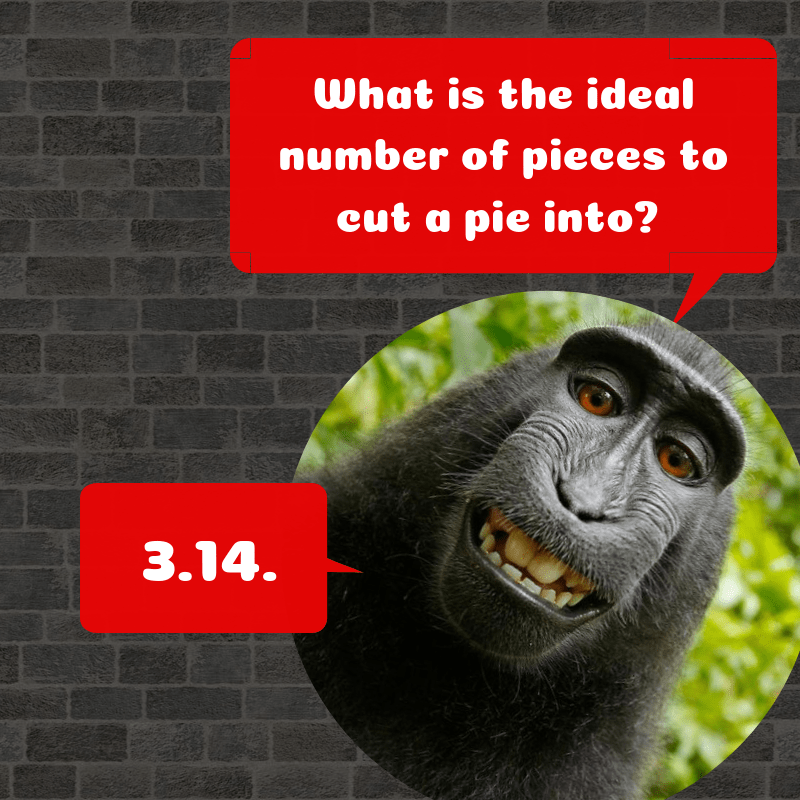 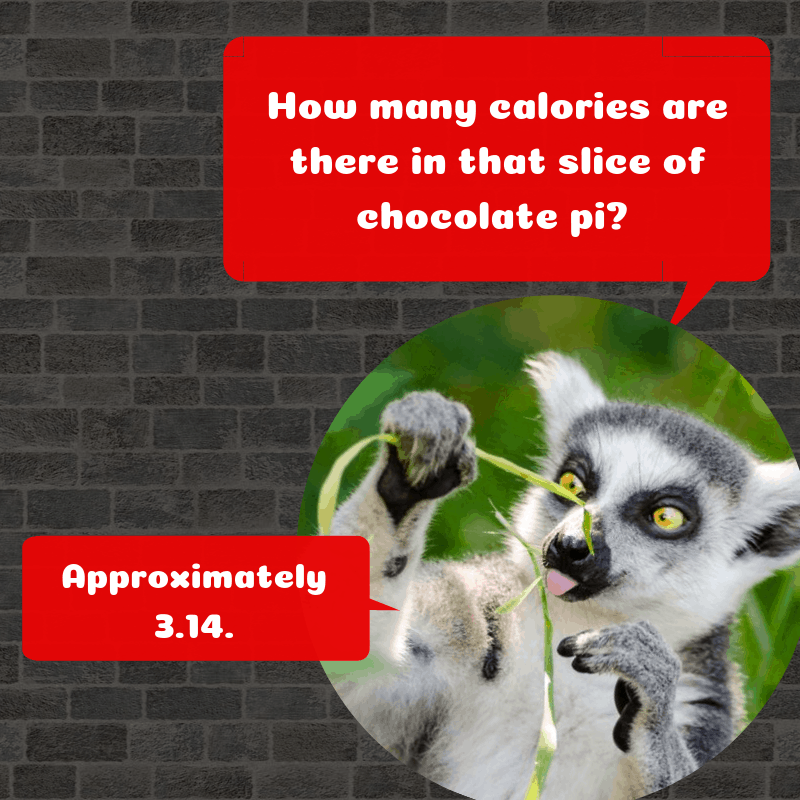 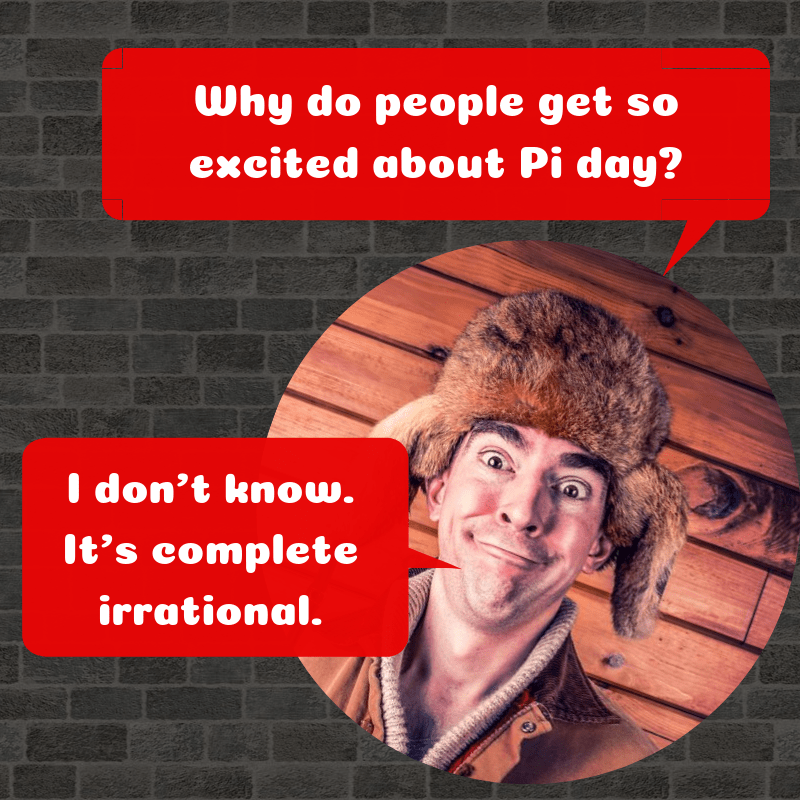 19. That sounds about right! Nothing beats a perfectly baked pi. 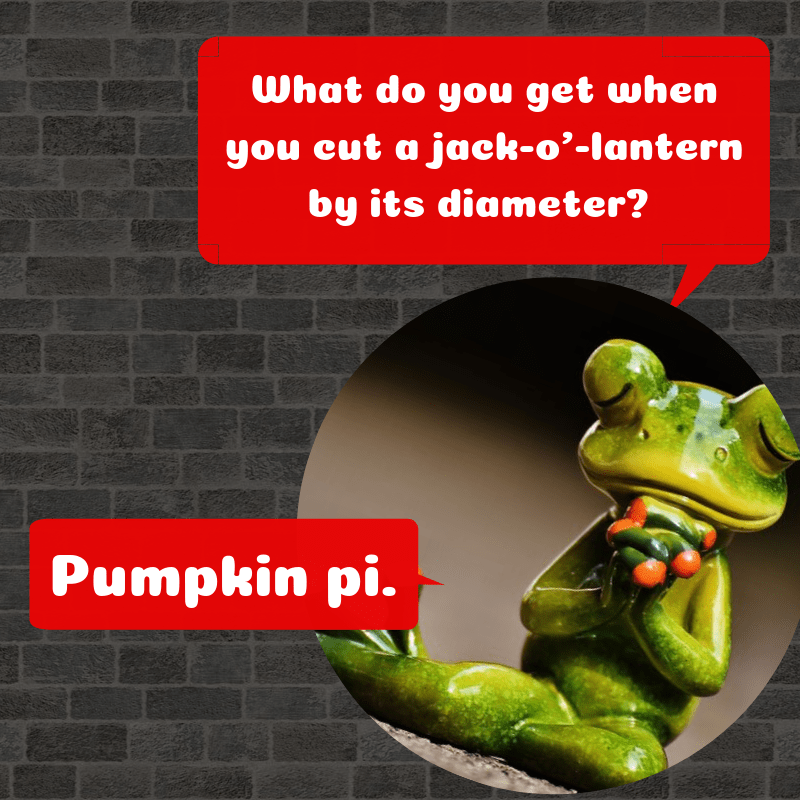 Aren’t these pi jokes the funniest? When it’s Pi day, pi jokes are even more famous and way funnier. Well, there are also times when the joke becomes extra-funnier depending on how you deliver them. If you’re super creative, you can create some non-pun joke or two sneaks in too! We hope these 19 pi jokes we collected made your Pi day extra fun! If you’re hiding some funny pi jokes behind your sleeve, feel free to share it with us! Together, let’s make studying pi boring no more!