How Big is the Moon?

Home » Space Questions » How Big is the Moon?

The Moon is the only natural and permanent satellite of Earth. Some planets have two moons, like Mars, others have tens of moons, such as Jupiter, while the planet with the most moons is Saturn, which has 82 moons.

Moons vary in size, shape, and composition, and our Moon is in the top 10 list of the biggest satellites in our Solar System. How big is the Moon? 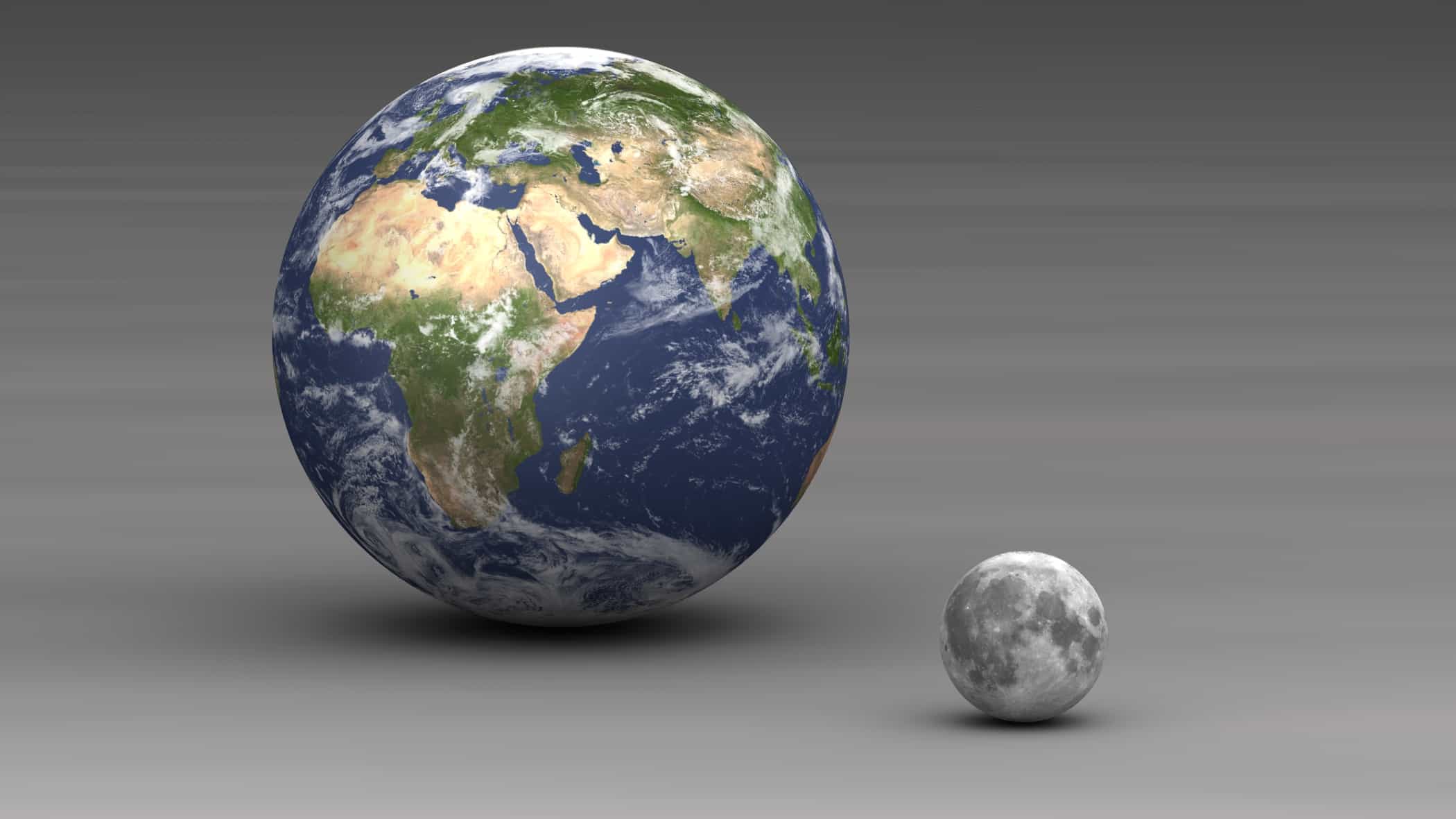 The top 10 biggest moons in our Solar System are genuinely gigantic, with some of them being even bigger than some of the Solar System’s planets, like Mercury, or they make dwarf planets such as Pluto, Eris, Haumea, Makemake, or Ceres, look small. 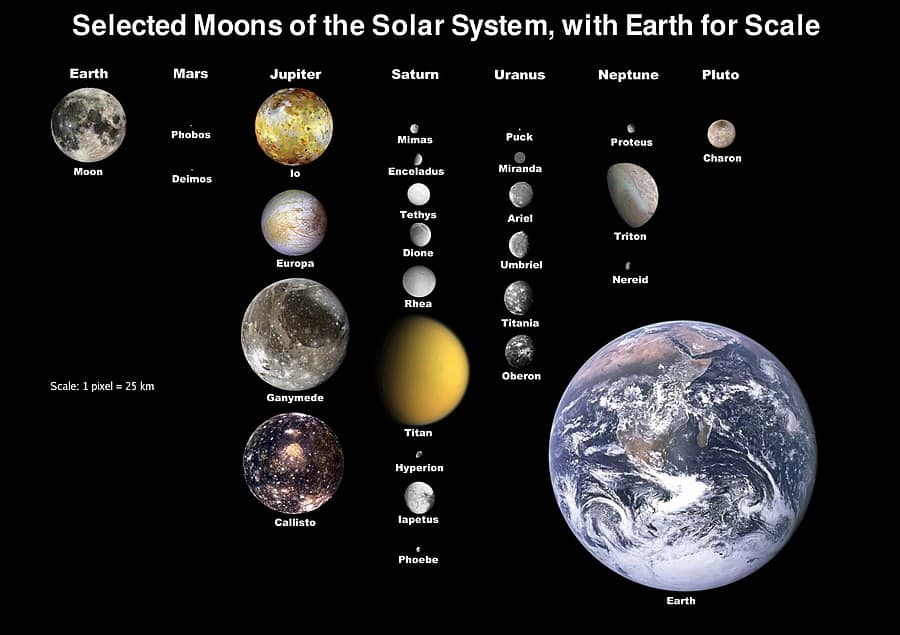 Titan, like its parent planet, also ranks in the second place, being the 2nd biggest moon in the Solar System. It is also bigger than Mercury and all the other dwarf planets. Rhea, on the other hand, is bigger only than the dwarf planets Makemake and Ceres.

Out of the remaining four biggest moons in the Solar System, two belong to the ice giant Uranus, namely Titania and Oberon. Titania is smaller than Pluto but bigger than Haumea, Makemake, and Ceres. Oberon is bigger only than Makemake and Ceres.

How Big is the Moon in Comparison to Earth?

How does the Moon compare to Earth? Our Moon’s diameter is more than a quarter of Earth’s diameter, while its mass is 1/81 that of Earth’s. It basically weighs 80 times less than our Earth. The Moon’s radius is only 27% of our Earth’s radius. If our Earth were hollow, it would take around 50 Moons to fill it. 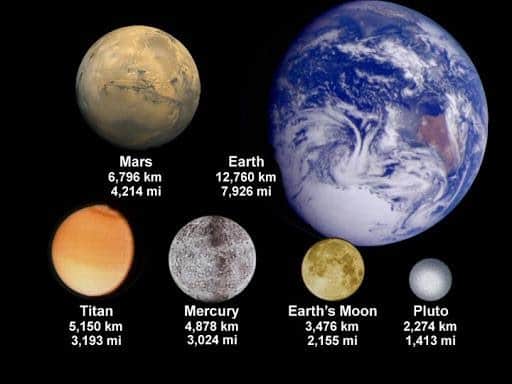 How Big is the Moon in Comparison to the United States?

The United States is 4,506 km / 2,800 mi wide when measured horizontally from the eastern seaboard to the west coast – West Quoddy Head in the east to the Point Arena in the West. Thus the Moon is smaller in diameter than the United States, however. 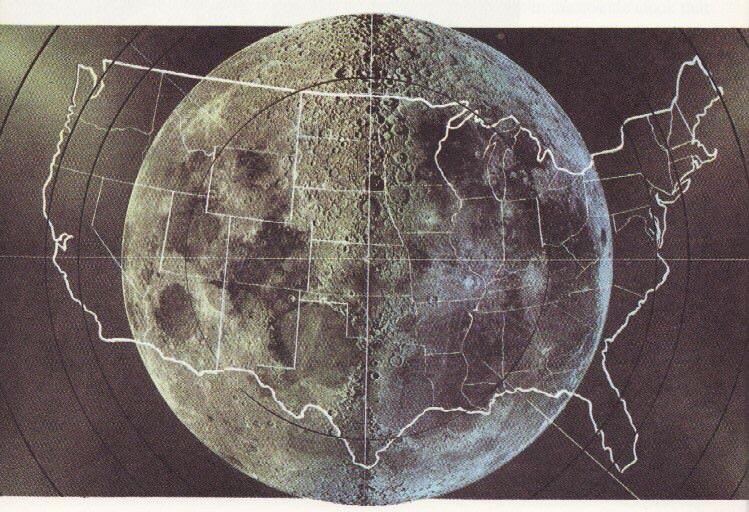 Is the Moon the Size of Texas? 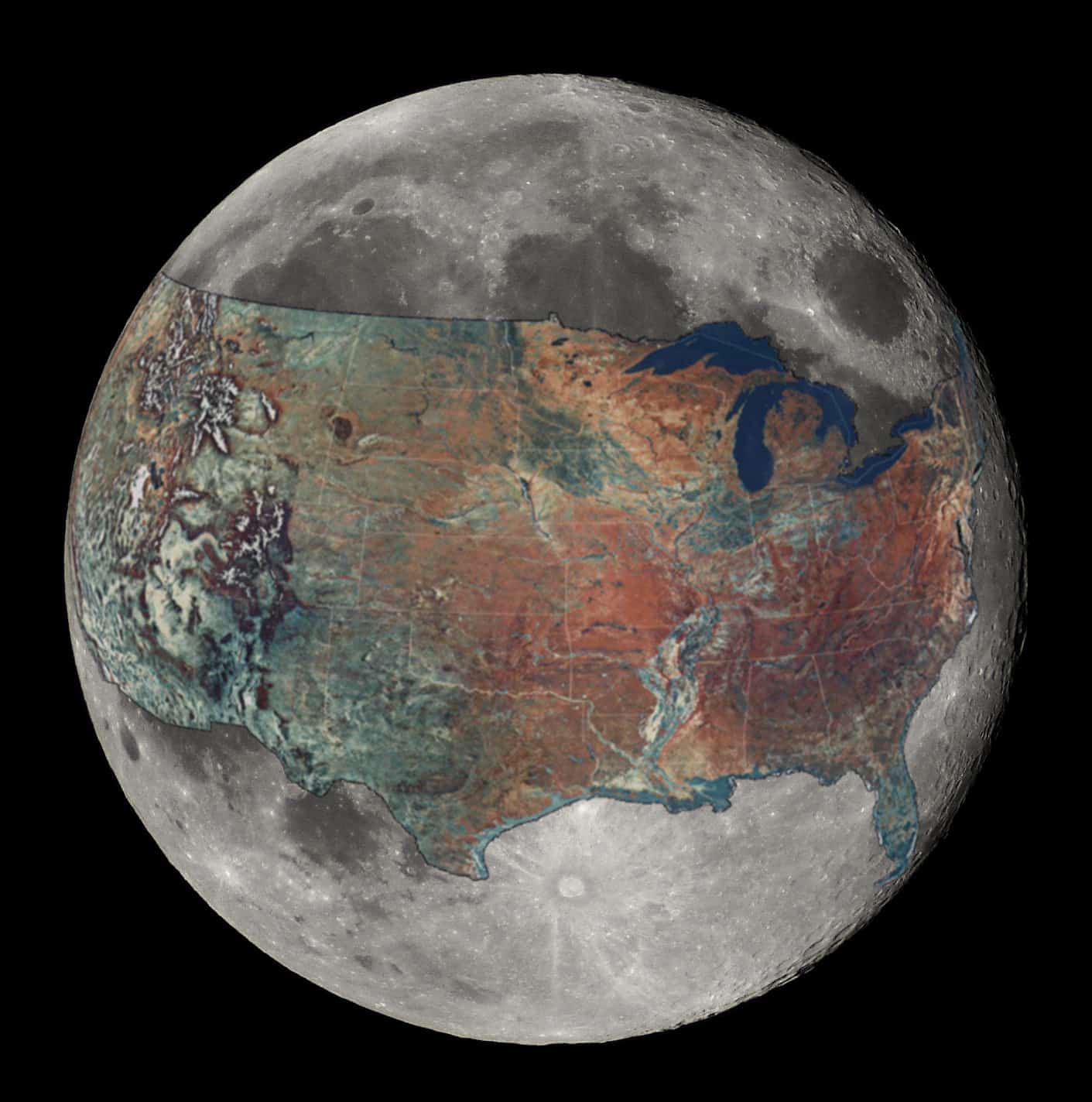 What if the Moon was Twice as Big?

If the Moon would be twice as big, then solar eclipses would be even more common. The path of totality would be significantly wider, maybe over 3,600 km / 2,000 mi – the wideness of the Moon’s umbra. Totality would last much longer, perhaps more than an hour.

During totality, the sky would be much darker than before, and annular solar eclipse would cease to exist. Tides would be significantly larger on our Earth, but this assumes the Moon would have the same mass. If it didn’t, then it is highly possible that it would collide with our Earth.

Is Russia Wider than the Moon? 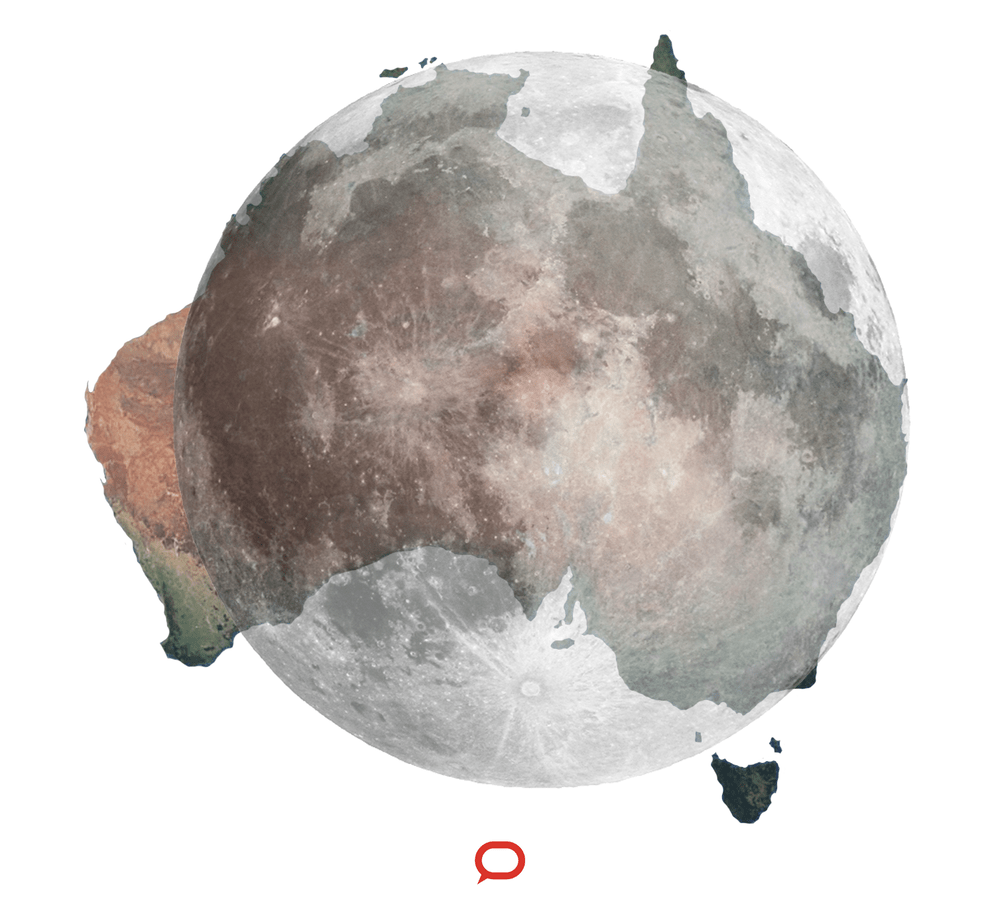 This means that Russia is wider than the Moon when compared from the east-west extent, but smaller in the north-south width.

How Long Would It Take to Walk Around the Moon?

How Many Moons Can Fit in the Sun?