How Big is the Universe?

Home » Space Questions » How Big is the Universe?

The Sun is 0.00001581 light-years away, and in the best-case scenario, we could reach it in 25 days. So how big is the Universe? Its around 93 billion light-years. How much is that? Well, let’s think about the Sun again. 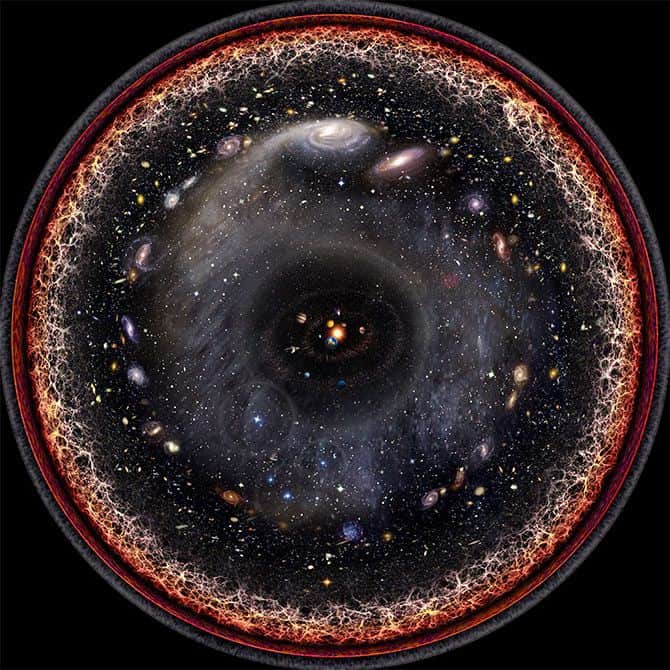 Why is the Universe so Big?

The Universe is so big because it is constantly expanding, and it does so at a speed that even exceeds the speed of light. Space itself is actually growing, and this is going on for around 14 billion years or so.

In this amount of time, with speed greater than the speed of light, the Universe gradually grew, and it still expands even to this day. There isn’t actually an answer to why the Universe is this big.

Think about how big you are compared to an ant or an atom. There is a huge difference even there. It all has to do with our perception, and even in our current modern age, our perception of the Universe is vastly limited. 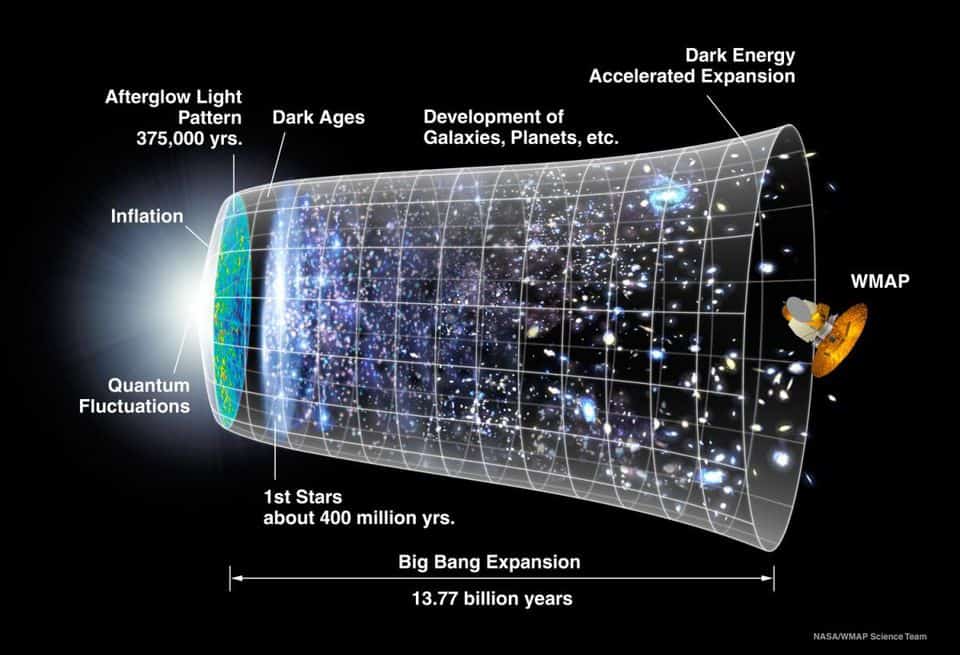 Think of it this way, we might see the Universe as being big now, but in the far future, who knows how future generations would view it. Our ancestors didn’t have cars or planes, and they would traverse the world in many months, even years. For them, traveling from point a to b seemed incredibly difficult, and they themselves might have thought, why is the Earth so big?

Nowadays, the world doesn’t seem so big anymore. You can reach point b from point a in a couple of minutes, hours, or in the worst case, days. Our perception is the only thing at play here.

In the future, who knows, maybe we could actually invent something that could travel at the speed of light. Perhaps we might even invent teleportation, or we could use wormholes.

If such technologies are there for us to grab, then will the Universe truly seem so big then? Perhaps it will, but if the vast distances which we should traverse are more easily done, and if the man of the future will find a way to prolong his life further, then the Universe will certainly begin to feel much smaller. Again, perception is everything at play here. We are asking the wrong questions; nature is what it is.

Is the Universe Really Infinite?

Many believe that our Universe is just 13.8 billion years old. However, this is uncertain until proven with extreme accuracy. Sometimes, we can’t even pinpoint the certain age of an object here on Earth, let alone our Universe.

The Universe may be infinite, or it might not be, but again, our perception is at play here. If we will analyze how many stars, planets, and the distances involved for reaching them, and the fact that our Universe is expanding, then it certainly seems infinite. 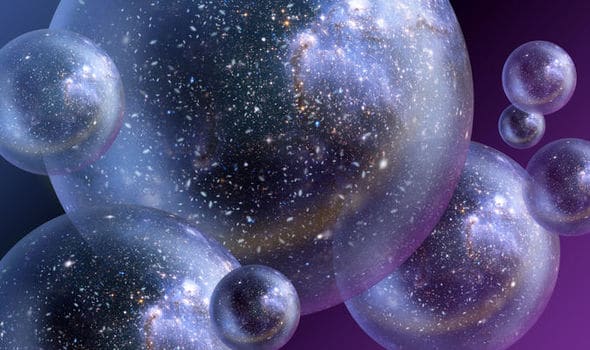 Even if our Universe weren’t infinite, we would view it as such due to its vastness, and the time it would take to explore everything in it. Our perception creates endless problems in the end.

Now, as you observe, our world is created from dualistic elements—day and night, hot or cold, love or hate, etc. Everything in our little world seems finite, so why shouldn’t there be an infinite element, such as our Universe? Many are afraid to admit that something is infinite, but no matter how you look at it, even if you would reach the end of the Universe, it would still seem infinite regardless.

How Big is the Universe Compared to the Observable Universe? 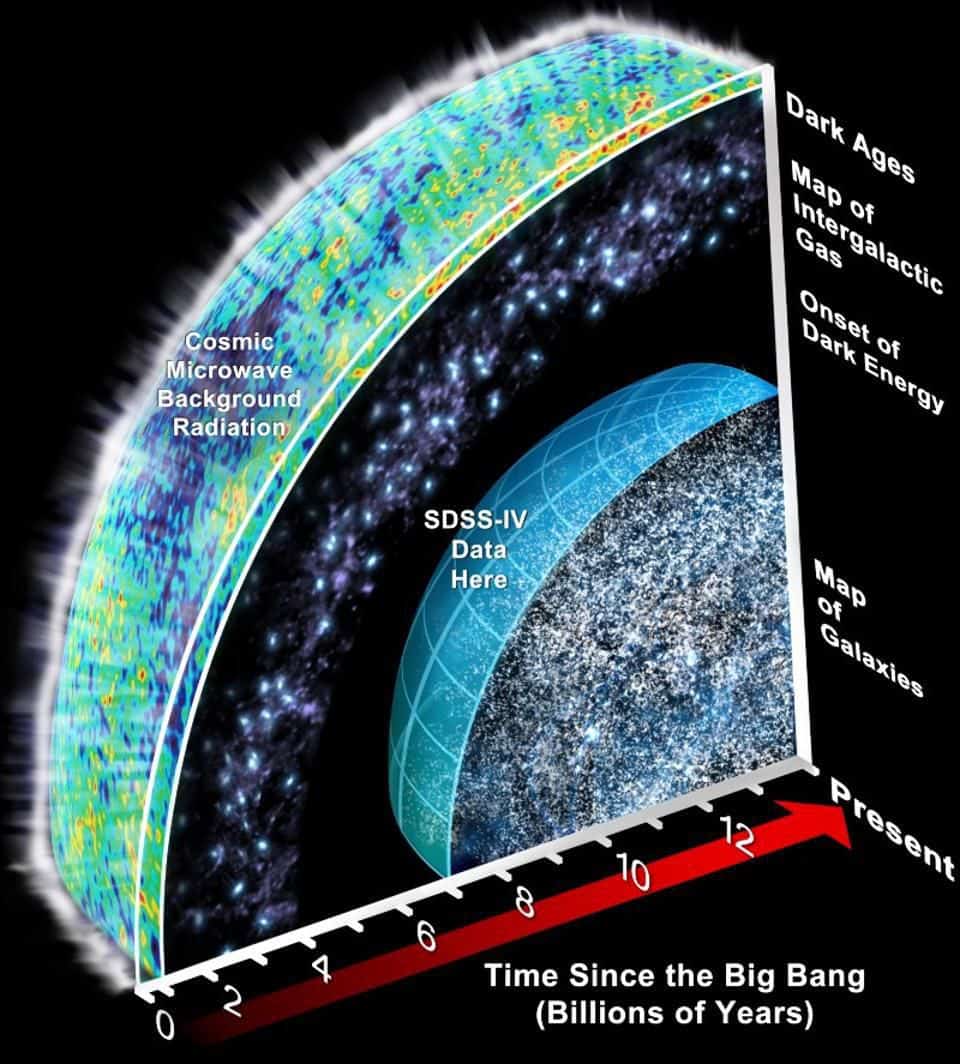 The Bayesian model focuses on how likely a model is to be correct, given the data, rather than asking how well the model itself fits the data. Now, this might not be the best method of estimating the true size of our Universe. Still, chances are very high that our Universe is nonetheless, bigger than the observable Universe.

Does the Universe End?

Maybe the Universe won’t end there if other means of survival are available. Some believe that the Universe will begin to cool as it expands, and life will cease to exist because of this. This theory is named the Big Freeze. 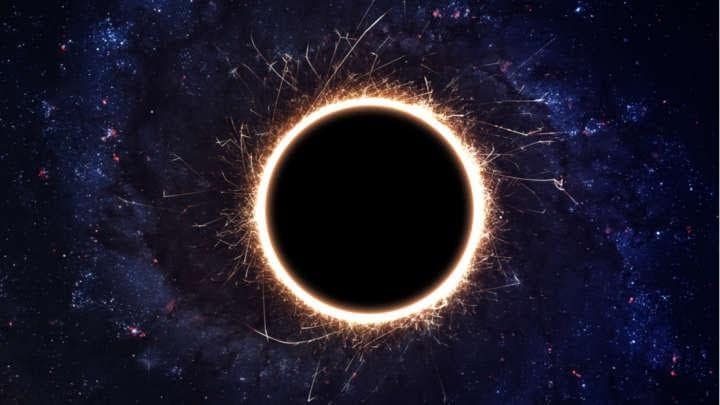 Another popular scenario suggests that our Universe will stop expanding, and will actually reverse this process. When this happens, the Universe will re-collapse, and it will possibly lead to a reformation that will start with another Big Bang. This scenario is called the Big Crunch.

A third popular theory is named the Big Rip. This theory states that everything will be torn to shreds, including atoms. It will happen when the theoretical energy known as dark energy, becomes stronger than gravity. No matter the case, what is certain is that these apocalyptic scenarios won’t happen for billions of years to come.

Where Does Space End?

Space doesn’t end because it is constantly expanding, faster than the speed of light itself. From our point of view, space end at approximately 93 billion light-years away from us, but that isn’t the end of the Universe. It is only how far we can see.

Will the Universe Last Forever?

It is unknown if the Universe will last forever, but most likely, we won’t even be there to see it. We currently do not know if the Univers will stop expanding, and if it does, what would this imply.

Many have proposed several apocalyptic scenarios, like the ones aforementioned above, but isn’t that just typical of us? The Universe might just well last forever, but one thing is true. We are very far from answering such questions. 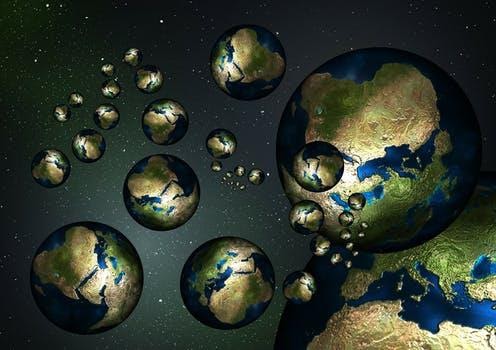