How long does it take to get to Mars?

Home » Space Questions » How long does it take to get to Mars?

Mars is the most populated planet when it comes to robots. The famous Red Planet is located on average at around 1.5 AU or 228 million km / 142 million mi away from the Sun. At its farthest point, Mars is located at 1.6 AU away from the Sun, while its closest point, perihelion, is at 1.38 AU away. 1 AU – astronomical unit – is the equivalent of 150 million km / 93 million mi, and the Sun is 1 AU away from Earth.

(If you want to calculate how long it takes to get to stars, planets, and galaxies, try our space travel calculator)

So how long does it take to get to Mars from Earth? Well, it depends. Mars is located on average at around 65.4 million km / 40.6 million mi away from Earth. It would take you around nine months to reach the Red Planet but consider this. 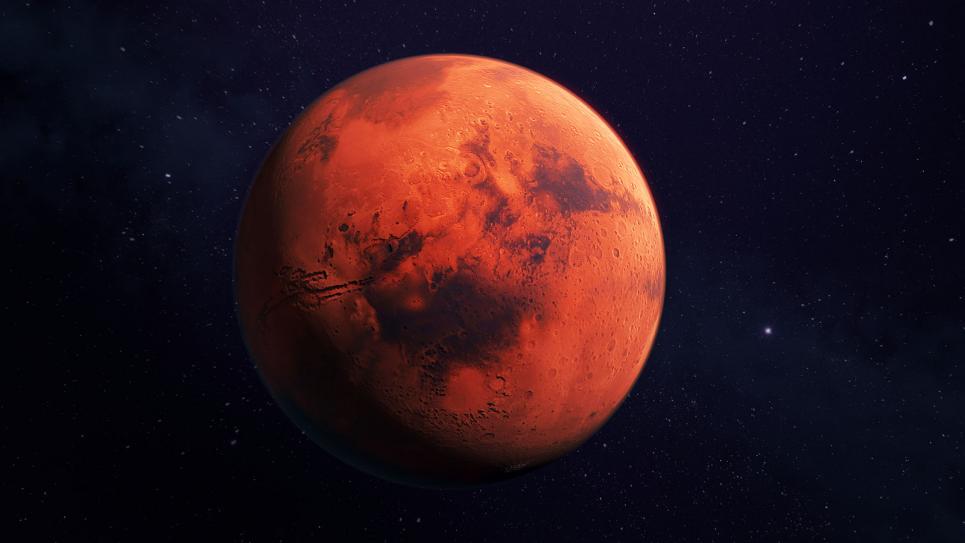 All the planets move around, which means that there is only one open window when you could launch a spacecraft towards Mars. The best time to do it is when Earth and Mars are correctly lined up, and this happens once every 26 months. This is the open window astronomers target regularly.

Traveling At the Speed of Light Towards Mars

In 2003, Mars reached its closest point to Earth, being located at only 54.6 million km / 33.9 million miles away. This event is rare, though, and the average distance still remains 65.4 million km / 40.6 million mi. If you were to travel at the speed of light, which is around 300,000 kilometers per second or 186,000 miles per second in a vacuum, you would reach Mars at its closest possible approach to Earth in just 3.03 minutes, or 182 seconds.

Traveling On One Of the Fastest Spacecraft Towards Mars

One of the fastest spacecraft developed by NASA, namely NASA’S New Horizons, reached a speed of around 36,000 mph / 58,000 kph. If you could use such as spacecraft and travel in the direction of Mars, you would reach the planet in 162 days / 3,888 hours, at its average distance away from us. 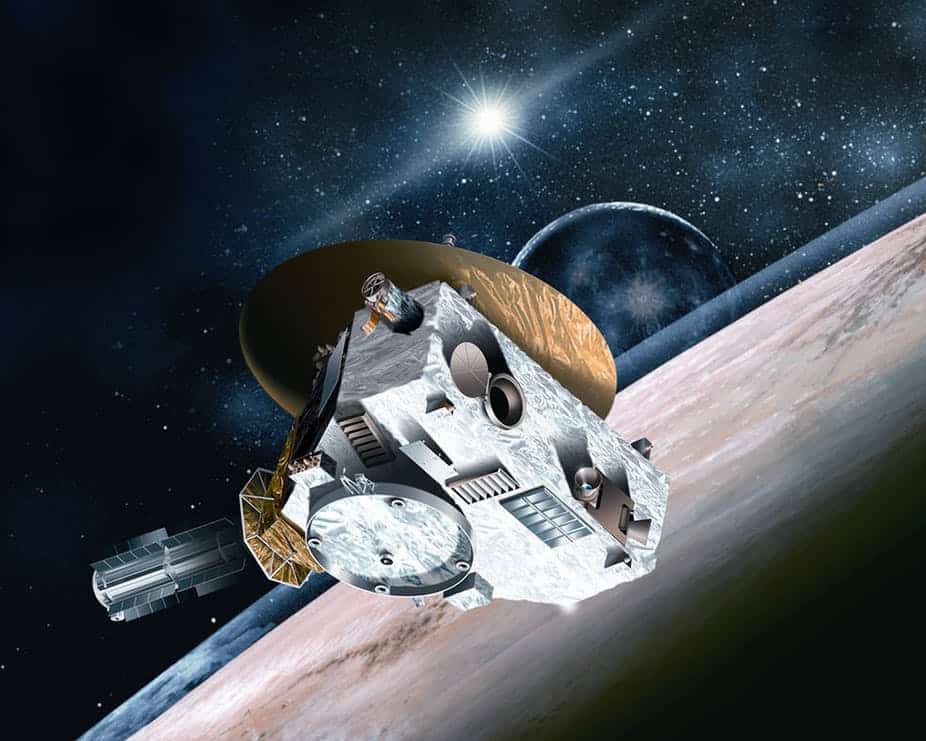 At its farthest point from us, you would reach the Red Planet in 289 days / 6,944 hours. But things get even better since, at its closest possible approach to Earth, you would reach Mars on this type of spacecraft in just 39 days / 942 hours.

How Long Did It Take Other Spacecraft To Reach Mars?

The journey towards the Red Planet takes quite a bit of time, no matter how you look at it. But how long did it take for other probes or spacecraft to reach Mars? Here is a little list:

How Long Will It Take SpaceX To Get To Mars?

The trip to Mars always takes somewhere between 128 to 333 days. SpaceX already has some plans for the Red Planet, and the CEO of SpaceX, Elon Musk, stated that his Interplanetary Transport System – ITS – would reach Mars in just 80 days. 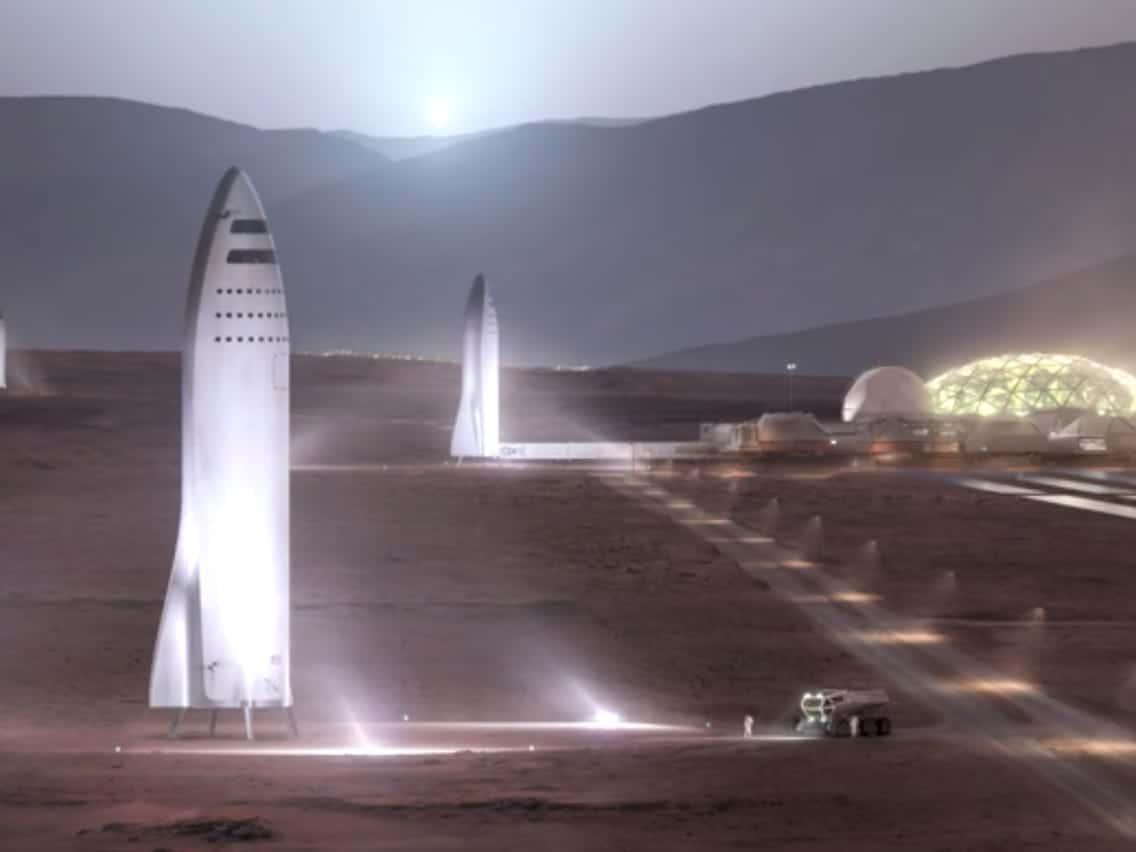 SpaceX is quite ambitious, as they believe the journey to Mars could get even less than that, just a month, to be more precise; however, NASA isn’t backing away from this. The American company believes they could beat SpaceX’s time by using propulsion technology that uses a stream of photons, rather than fuel, to propel a spacecraft.

In 2020, NASA’s Perseverance rover was lauched. Its destination? The Red Planet and it will reach it at current estimations, in 2021. The prime goal of Perseverance is to search for signs of ancient life on the Red Planet. The first time a NASA surface craft has actively hunted for possible Martian life was when the twin Viking landers did so from the mid-1970s through the early 1980s. 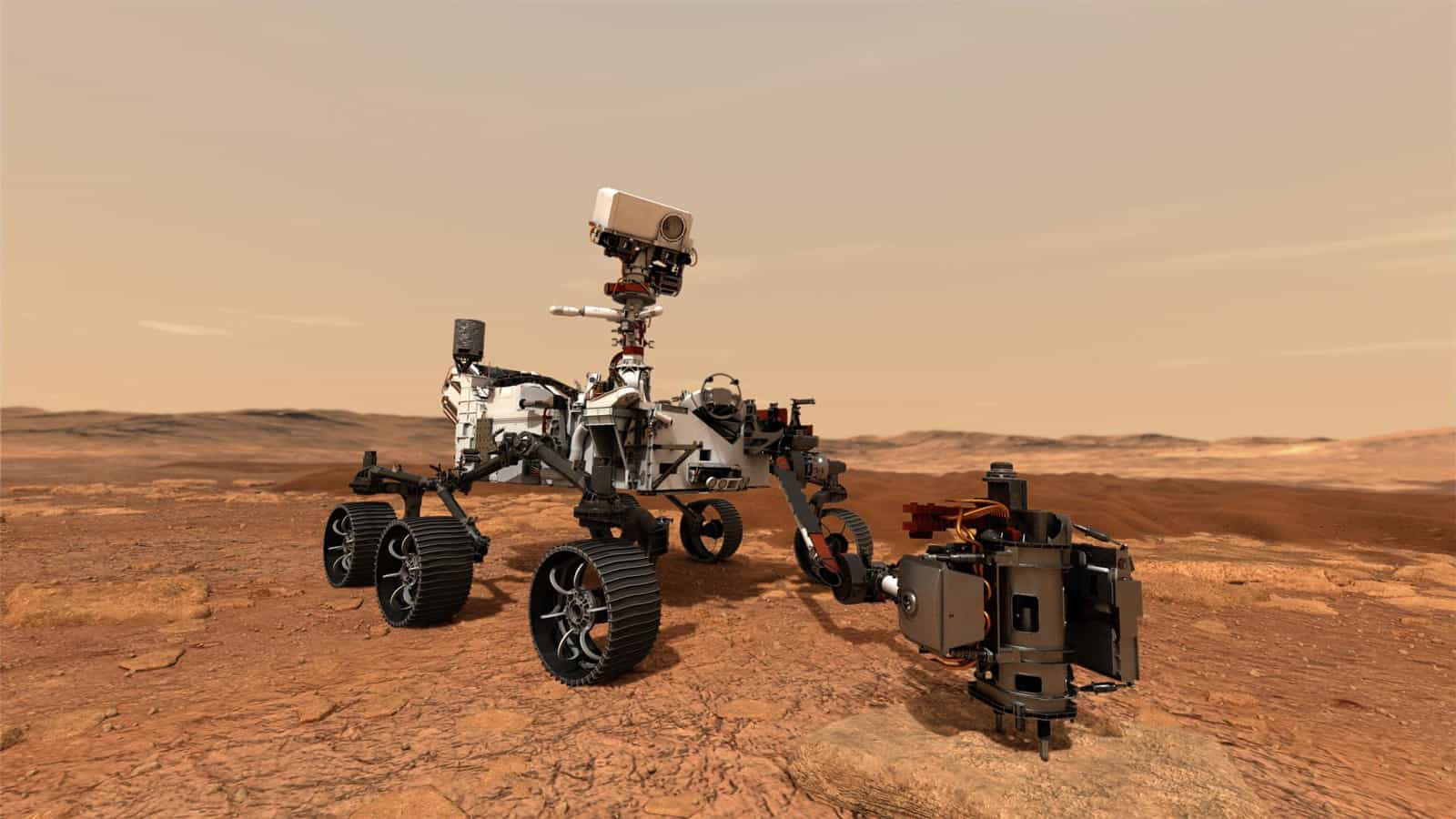 If NASA’S Perseverance rover will be successful, then the samples it would collect from Mars would be sent back to Earth and arrive in 2031. Another ambitious plan in the near future is the Mars One mission, conducted by the Dutch company, which bears the same name. The Mars One mission is scheduled to occur in 2023. They’re plans? To establish the first human settlement on the Red Planet, and to regularly send a new crew to join the first one, from two to two years.  It is currently unknown how the current COVID crisis may impact the schedule of this mission, but people are more and more interested in colonizing the Red Planet nonetheless.

Can You Breathe on Mars?

Unfortunately, Mars’s atmosphere is made up of around 95% carbon dioxide. This means that you couldn’t breathe on the Red Planet, and you would almost instantly die of hypoxia. Apart from this, Mars is really a cold place with average surface temperatures reaching 21 degrees Celsius; however, in the night, temperatures drop to -62 degrees Celsius. The Martian dust is also dangerous to humans, as it is toxic, finely grained, and abrasive, which is terrible for our lungs if we were exposed to it.

The last thing to worry about would be radiation. Mars is full of it since its atmosphere, and lack of a global magnetic field means that the planet is showered by radiation through high-energy cosmic rays and solar particles. Astronomers will have to face all of these things if they ever get to Mars, but with our current technology, some of these problems might be easily solved. It remains to be seen what other new technologies we will have in the near future that would increase our chances of colonizing Mars.