How Many Planets are in the Milky Way?

Home » Space Questions » How Many Planets are in the Milky Way?

Our Universe is full of solitary stars and planets, and then there are stellar systems and planetary systems like our Solar System. Our Solar System contains eight planets, five dwarf planets (maybe more), and many moons that can qualify as dwarf planets. So how many planets are in the Milky Way? Our galaxy. 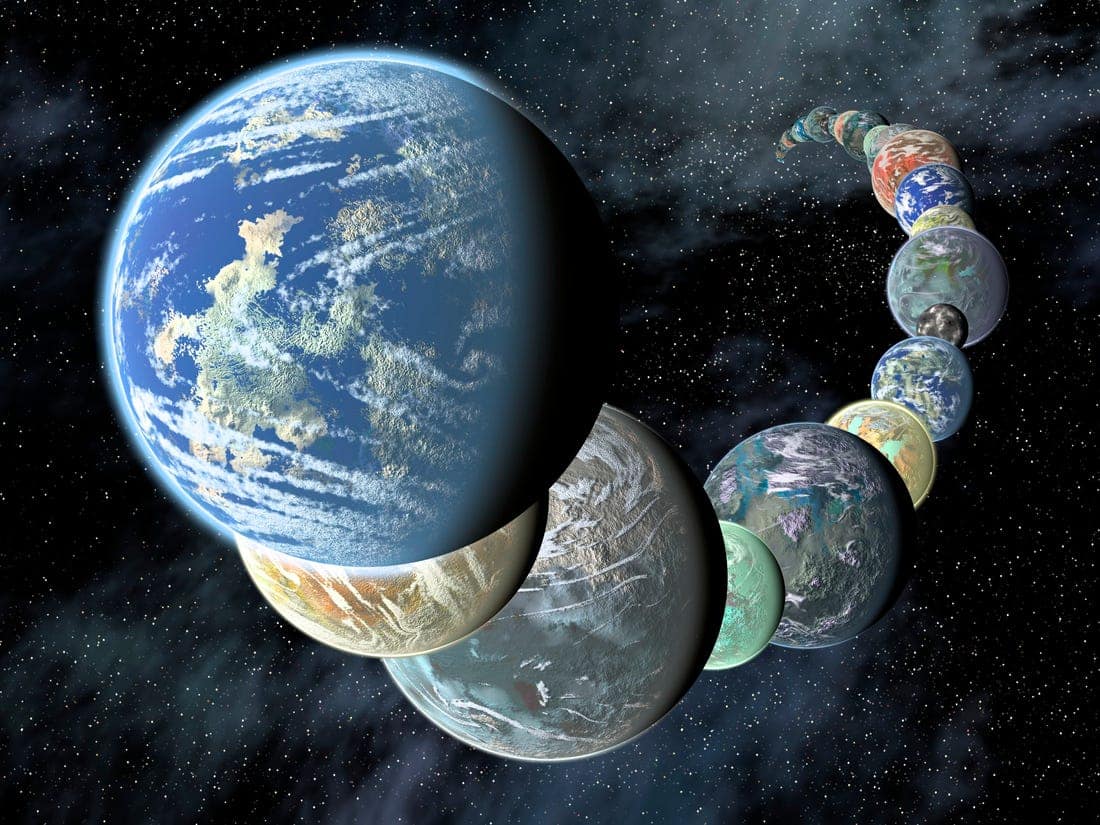 Are stars more numerous than planets? They might be, but at the same time, our Sun hosts eight planets, so planets might be more numerous. It all depends on circumstance and causality; however, in our galaxy, the Milky Way, there are around 100 billion estimated planets at least.

These planets are often called exoplanets, which means planets that orbit other stars, not our star, the Sun. There are also rogue planets, which are planets that have been kicked out of their planetary systems either through a collision or their star dying off, and thus being unable to bound its planets gravitationally.

What Planets are in the Milky Way?

The most well-known planets in our Milky Way are the eight planets of our Solar System, namely Mercury, Venus, Earth, Mars, Jupiter, Saturn, Uranus, and Neptune. There are also the five dwarf planets Pluto, Eris, Makemake, Haumea, and Ceres.

Some other planets that are located in the Milky Way, and not in our Solar System, are called exoplanets, and here are some of them:

Kepler-186f – a planet similar to our Earth. Kepler-11 System – a planetary system composed of at least five exoplanets that orbit their star as close as Mercury does with the Sun. 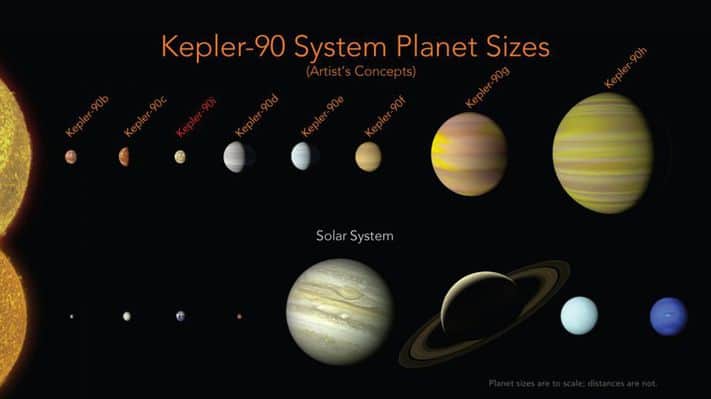 Kepler-16b – also known as a circumbinary planet, which orbits two stars. 51-Pegasi b – a giant planet with half the mass of Jupiter and orbits its stars once every four days. The star orbited by 51-Pegasi b is quite similar to our Sun.

CoRoT 7b – This planet is known as a super-Earth. It is a rocky planet similar to ours, yet several times bigger. It orbits in the habitable zone of its star.

Kepler-444 System – This planetary system is among the oldest ever discovered, and it hosts five exoplanets, each of them being the size of the terrestrial planets in our Solar System. 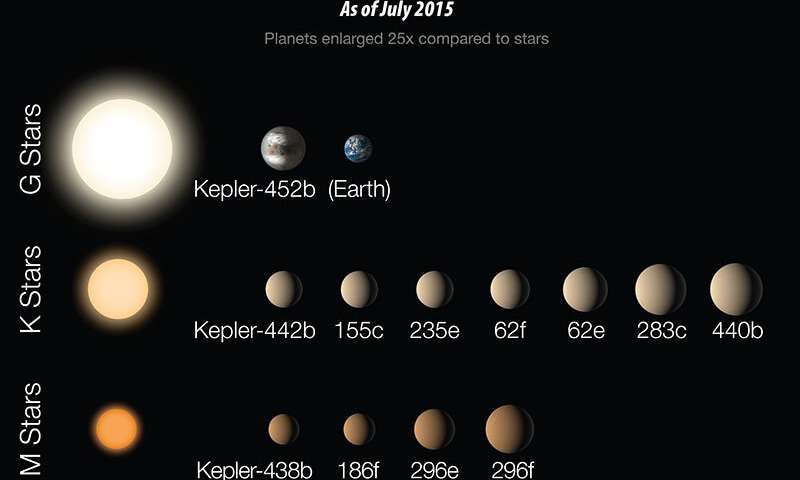 55 Cancri e – This planet is very hot since it orbits its star 25 times closer than Mercury does with our Sun.  HD 189733 b – This exoplanet is half the size of Jupiter.

PSR B1257+12  System – There are a couple of planets in this star system that orbits a pulsar. These planets are quite small, and they also orbit a neutron star. It appears that planets might adapt in any environment. K2-3 – This stellar system is gigantic since three super-Earth type planets were discovered orbiting around a star.

These planets are just a few among the billions in our Miky Way galaxy. They aren’t the nearest or most habitable, but simply quick examples of other planets. Currently, NASA has more than 4,000 confirmed exoplanets, which are studied closely, but there are far more out there.

How Many Planets in the Milky Way Can Support Life?

Scientists have estimated that 1 in 5 stars like our Sun has at least one Earth-like planet orbiting around them, which may support life. Based upon the mapping of our Milky Way, and through simulations, there are an estimated 40 billion planets that might support life in our Milky Way galaxy.

This, however, is an average number, as there might be many more. There are many different factors when considering this. Still, one aspect that could put our calculus on a different perspective is this: We only know how life adapts and evolves based on the species that live and lived on our planet. 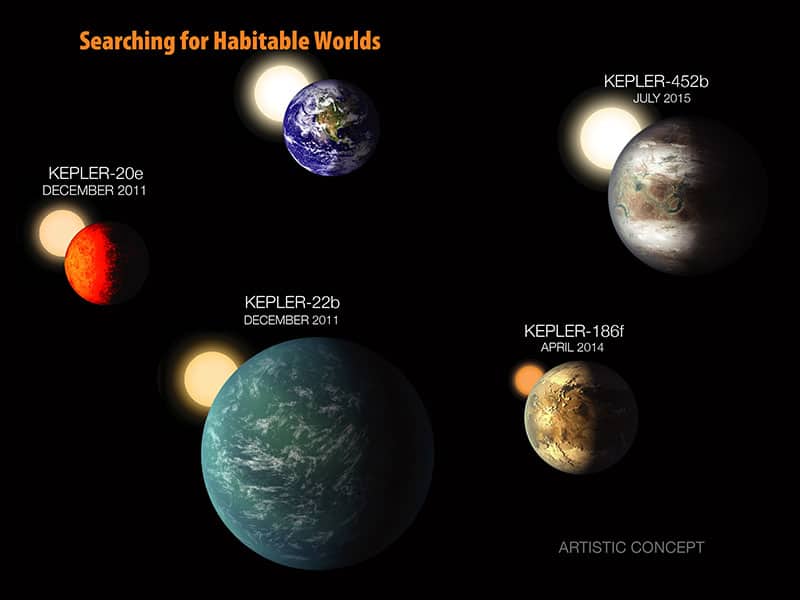 There is no telling on what life is limited to in Outer Space, and thus, many planets that we might consider inhospitable to us might actually be hospitable to other unknown species. This might sound like science fiction, but there is a truth in this which cannot be denied; we don’t know how life can evolve and adapt; we don’t know its limits, shapes, and forms. What we do know is that life exists, adapts, and evolves.

How Many Solar Systems are in the Milky Way?

You might think our Solar System is unique, but there are over 5,000 solar systems that have been discovered already and are closely analyzed. Every year, scientists learn more and more solar systems, which are either different, similar, or unlike ours. They also discover new solar systems every year. 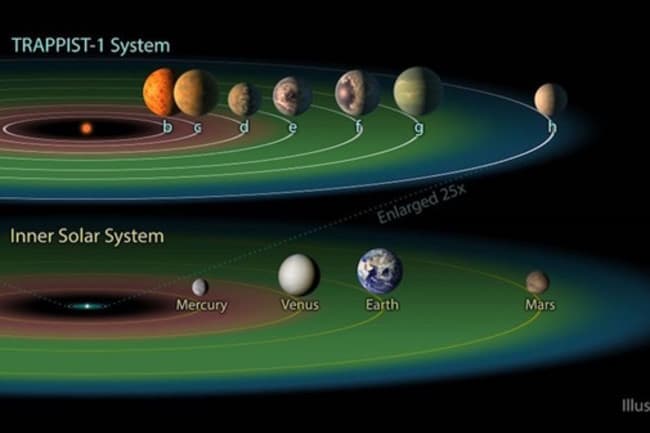 With that being said, scientists have estimated that there could be tens of billions of solar systems in our Milky Way galaxy alone. Many believe that there might be as many as 100 billion.

Whatever the case, not only planetary systems exist within our galaxy. There are also stellar systems, which are stars that orbit amongst themselves.

How Many Planets are in our Galaxy?

Currently, over 4,000 exoplanets have been discovered, and every day, more and more follow. These planets are either part of a planetary system, or they are rogue planets. 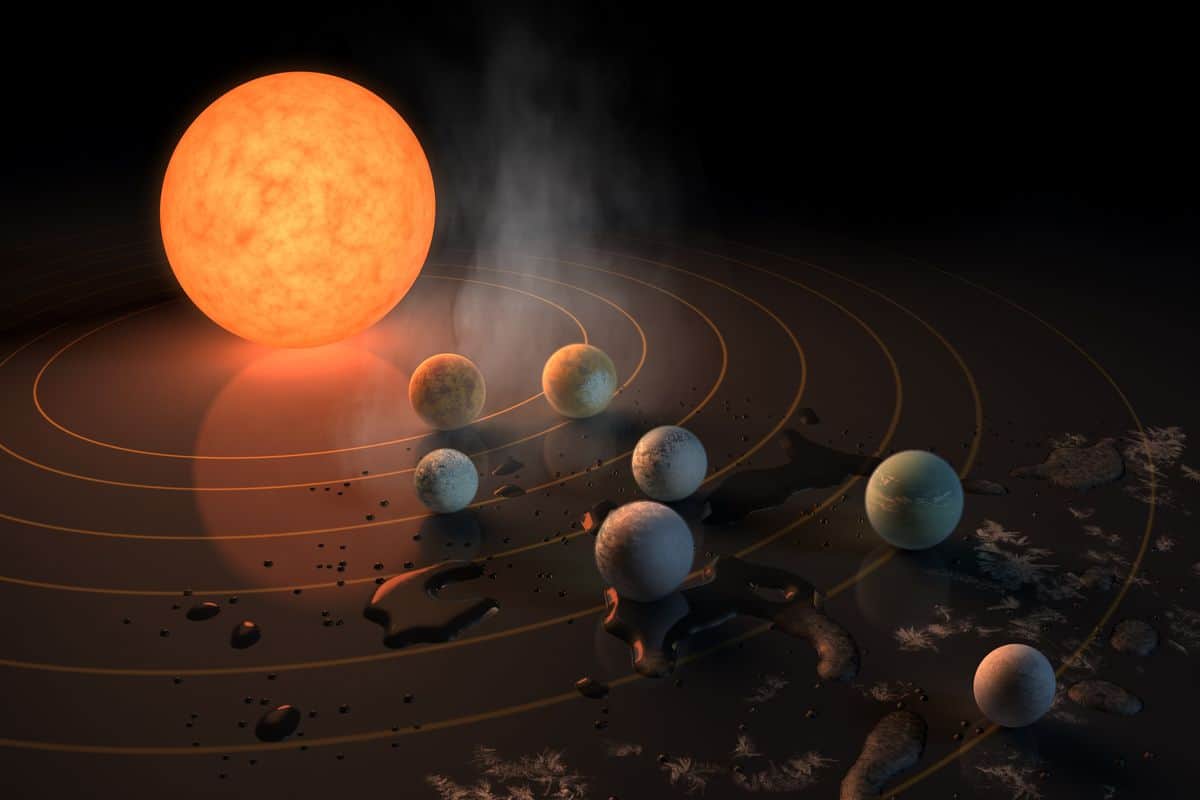 Rogue planets are harder to spot since they don’t orbit a star. Take our Solar System, for example; there are eight planets and at least five dwarf planets which orbit our star, the Sun, a single star.