Officially known as 2003 VB12, this object is the most distant body known that orbits our Sun. It is at present over 90 AUs away, 3 times as far as Pluto.

Sedna is about 1800 km in diameter, slightly smaller than Pluto.

Perhaps the most interesting aspect of Sedna is its orbit. Though it is not yet known to high precision it is clear that Sedna’s orbit is highly elliptical with a perihelion of about 75 AU and an orbital period of about 10500 years. This puts it well beyond the Kuiper Belt and yet well inside what was thought to be the inner edge of the Oort Cloud.

Sedna’s physical composition is a bit of a mystery. You would expect it to be mostly ices but apparently that’s not the case. About all that’s known at this time is that it is very red and that water and methane ices seem to be absent on the surface.

Sedna is definitely not the “Planet X” that many astronomers anticipated before the discovery of Pluto. Planet X was supposed to be a much larger object.

Sedna is not even officially a planet at all. That classification decision is up to the IAU and they are not likely to decide to do so. 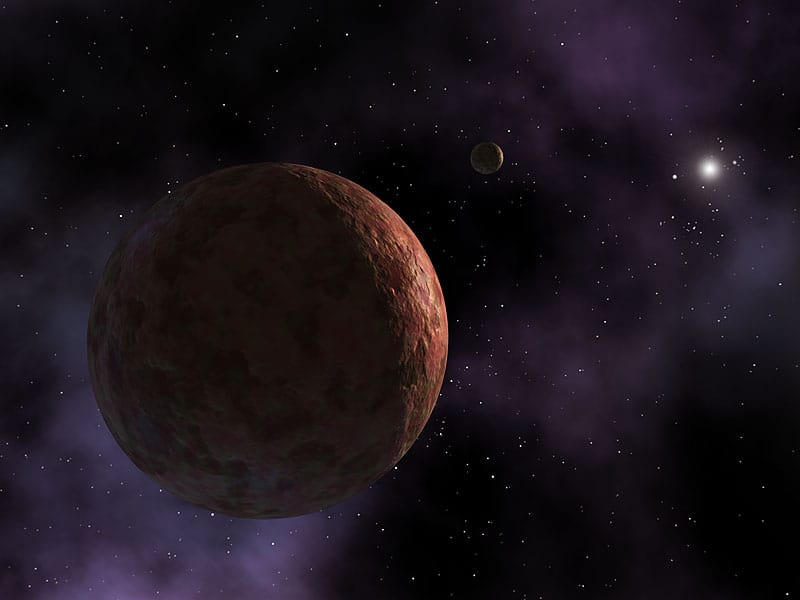