The title The Nine Planets is somewhat misleading. In addition to the (eight) planets and their satellites the solar system contains a large number of smaller but interesting objects.

There are thousands of known asteroids and comets and undoubtedly many more unknown ones. Most asteroids orbit between Mars and Jupiter. A few (e.g. 2060 Chiron) are farther out. There are also some asteroids whose orbits carry them closer to the Sun than the Earth (Aten, Icarus, Hephaistos). Most comets have highly elliptical orbits which spend most of their time in the outer reaches of the solar system with only brief passages close to the Sun. And there is a large and important class of Trans-Neptunian Objects or Kuiper Belt Objects (including Pluto) that orbit (mostly) beyond Neptune.

The distinction between comets and asteroids is somewhat controversial. The main distinction seems to be that comets have more volatiles and more elliptical orbits. But there are interesting ambiguous cases such as 2060 Chiron (aka 95 P/Chiron) and 3200 Phaethon which seem to share some aspects of both categories.

Asteroids are sometimes also referred to as minor planets or planetoids (not to be confused with “lesser planets” which refers to Mercury and Pluto). Some of the largest asteroids and Kuiper Belt objects may be classified as dwarf planets. Very small rocks orbiting the Sun are sometimes called meteoroids to distinguish them from the larger asteroids. When such a body enters the Earth’s atmosphere it is heated to incandescence and the visible streak in the sky is known as a meteor. If a piece of it survives to reach the Earth’s surface it is known as a meteorite.

Millions of meteors bright enough to see strike the Earth every day (amounting to hundreds of tons of material). All but a tiny fraction burn up in the atmosphere before reaching the ground. The few that don’t are our major source of physical information about the rest of the solar system.

Finally, the space between the planets is not empty at all. It contains a great deal of microscopic dust and gas as well as radiation and magnetic fields. 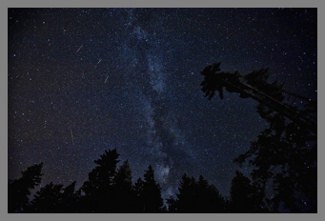