The Waning Gibbous is an intermediary Moon phase. It starts right after the Full Moon, and it lasts until the Third Quarter.

When the Moon is in the Waning Gibbous phase, the sunlit part of the Moon is decreasing from 99.9% to 50.1%. 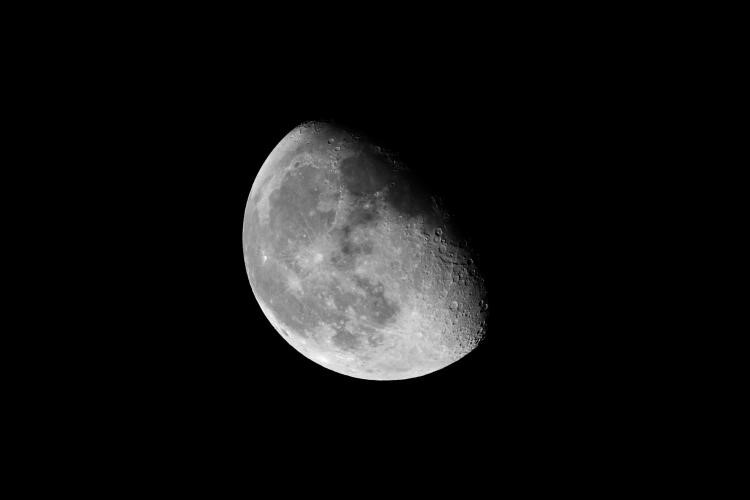 Let's find out more about this phase of the Moon and how it affects us.

In the Waning gibbous phase, you can see the Moon late at night or in the early morning. Its illumination is less than full but more than 50%. In some cases, it may appear red like a full moon, but usually, it looks like a misshapen replica of a Full Moon. 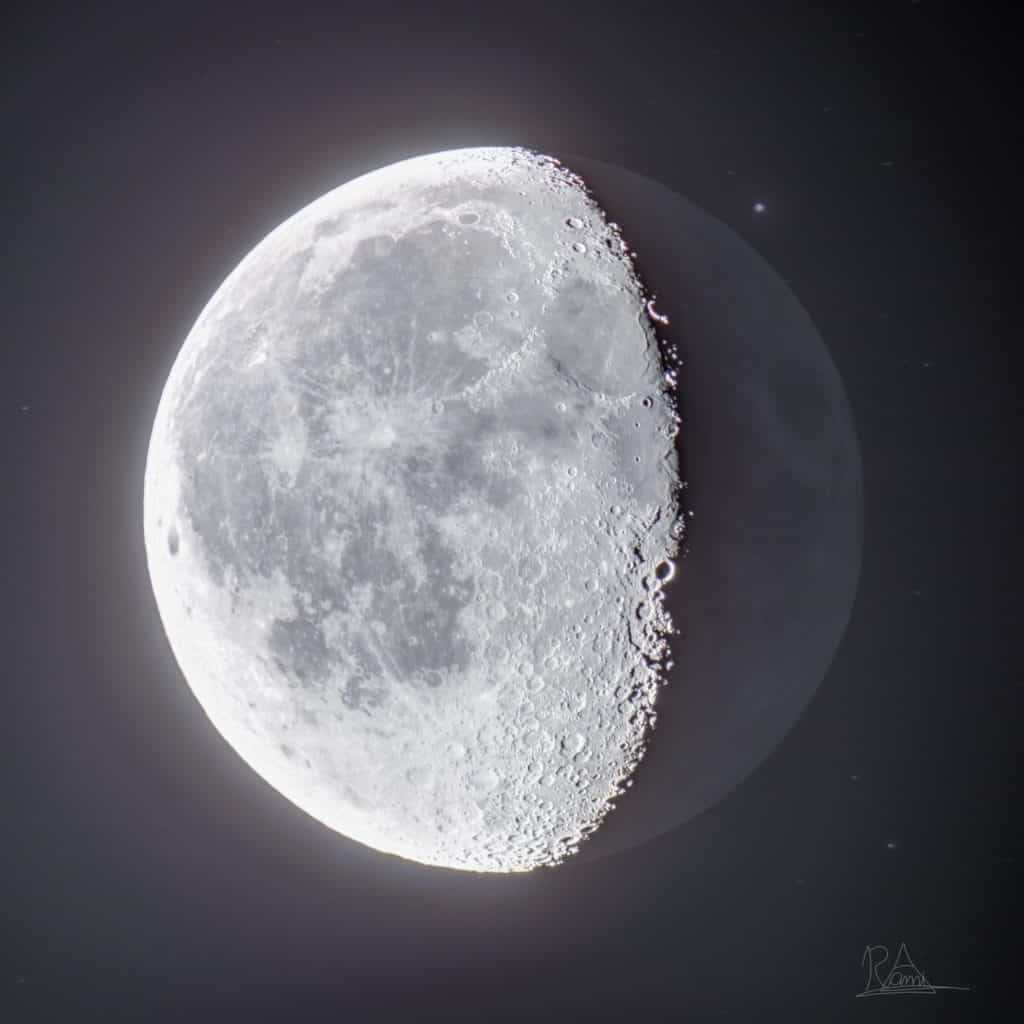 The New Moon: The New Moon occurs when the Earth, Moon, and the Sun are aligned with the Moon in the middle. So, the Sun illuminates half of the Moon we cannot see.

The Full Moon: The Full Moon - The Moon, Earth, and Sun are almost aligned, but the Moon is on the opposite side of the Earth so that we can see the entire sunlit part of it. 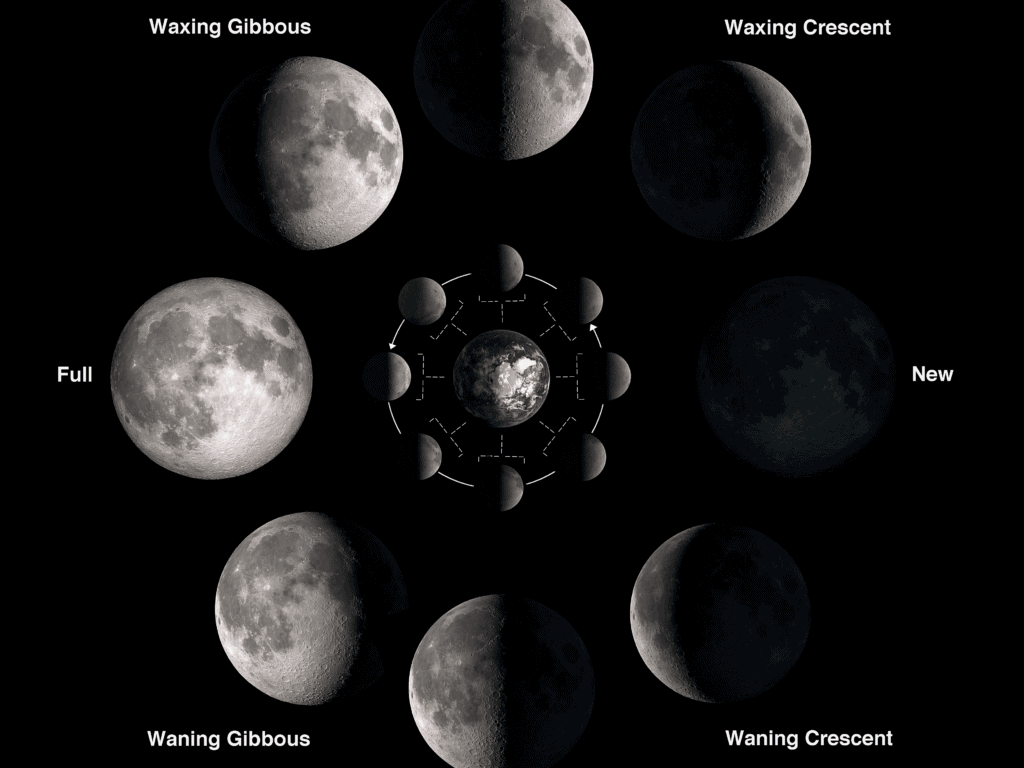 The First and Third Quarter: The First Quarter and the Third Quarter are when we can see half of the illuminated part and half of the Moon's shadow part. This is why generally, these phases are known as Half Moon. We can only see half and half because the Moon is at a 90-degree angle with respect to the Earth and Sun.

The Waxing Crescent phase: The Moon is Waxing crescent after the new Moon when the sunlit part increases, but less than a half.

The Waxing Gibbous phase: The Waxing gibbous is when the sunlit part of the Moon is now more than a half and still increasing.

The Waning Gibbous phase: After the maximum phase of a Full Moon, the light starts decreasing, which is why it is called the Waning gibbous phase. This phase lasts until the Third Quarter. 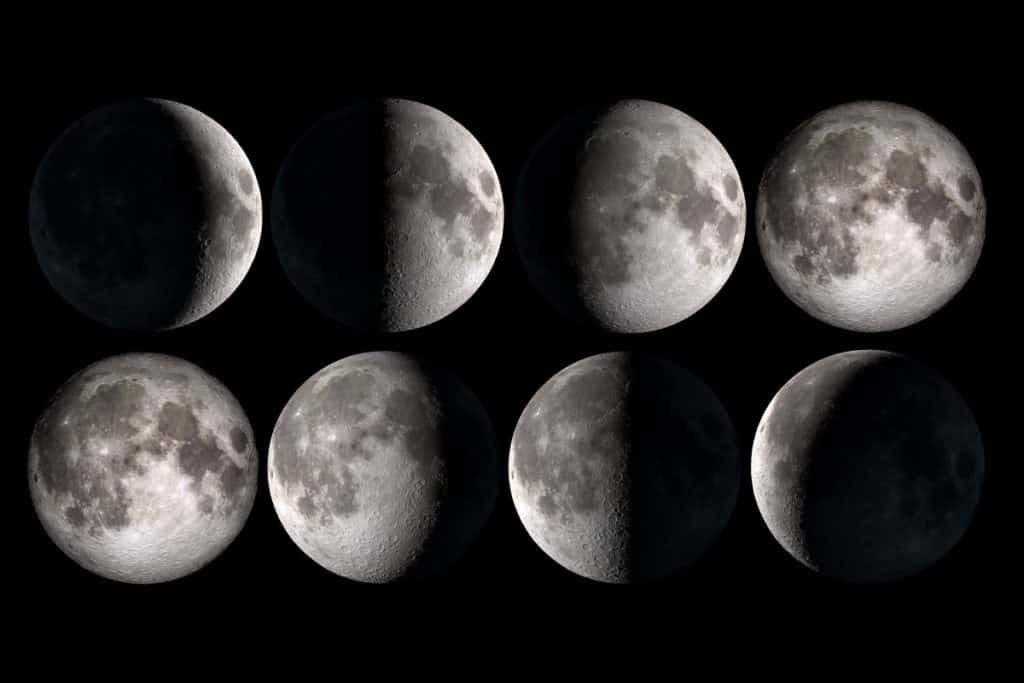 The Waning Crescent Phase: Following the Third Quarter, lights wane until the New Moon, when it's completely gone. This is the Waning crescent phase.

How Does a Waning Gibbous Occur?

After the Full Moon, the light will start to decrease again. Until the illuminated part of the Moon reaches 50%, it's called the Waning gibbous phase. It occurs between a Full and a New Moon.

What Does A Waning Moon Symbolize?

The Waning Gibbous phase of the Moon is the perfect time in the month to be grateful and share the right thing you have in life with the loved ones. The light of the Moon is starting to decrease until a New Moon, and it means you can now benefit from the hard work you had to do for the last two weeks.

It is the time of the month when you should finish all your projects and start cleaning your mental space.

What Does Waning Mean?

It's not very hard to distinguish the waning Moon from the waxing Moon.  It doesn't matter where you live on Earth. If you look after the Moon at sunset and you can see it, it means the Moon it's waxing.

In its waning phase, the Moon isn't visible at sunset. It rises later in the night until it reaches the waning crescent phase.

What Comes First Waning or Waxing?

The Waxing Gibbous comes right next after the Full Moon. The Waxing Crescent is the last phase until the Moon reaches its New Moon phase again.

If you wonder when you can gaze at the Waning Gibbous phase in 2020, here's a list with all the dates:

The Waning Gibbous phase of the Moon happens every month. Let's find out the dates:

- People that are born under a Waning Gibbous moon are known for their reflective personality. They have an old but very wise soul, being perfect for becoming teachers, orators. The religious study can be fascinating for them.

- In the middle of autumn (7th of November in the Northern Hemisphere and the 5th of May in the Southern), the Waning Gibbous Moon appears higher than in mid-spring.