The Perseus Constellation is one of the oldest Greek constellations. Its name comes from Perseus, a hero from Greek mythology. Keep reading for more interesting facts perfect for kids.

The Constellation of Perseus for Kids

The constellation of Perseus is among the oldest listed in star catalogues. It was one of the first 48 Greek constellations, listed by Claudius Ptolemy, in his 2nd century Almagest. 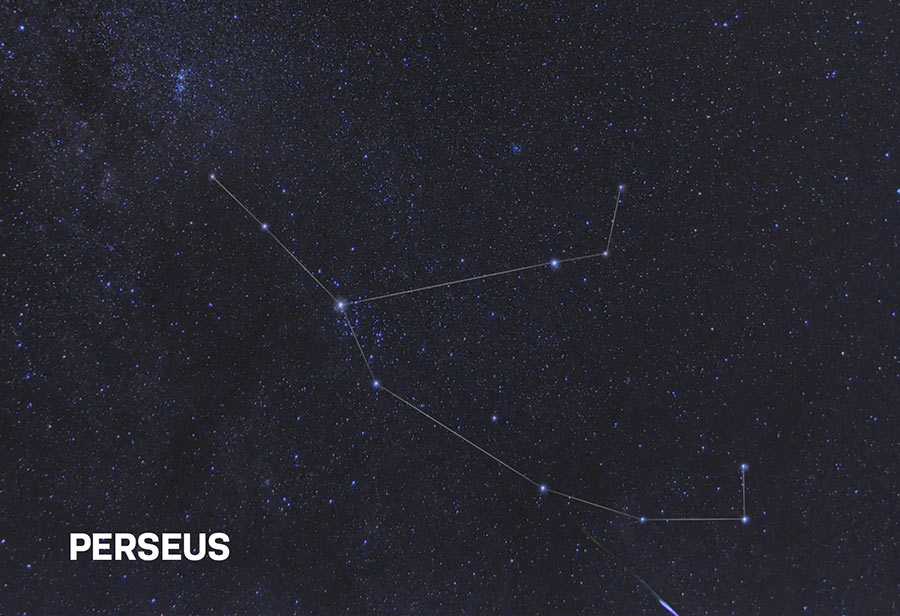 There are many exciting stars and deep-sky objects in Perseus's constellation; however, the fascinating thing about it is the story behind it.

What is the Story Behind the Constellation Perseus?

In Greek Mythology, Perseus was the son of Zeus, the almighty God, and Danae. King Polydectes put Persues in charge to kill the monster Medusa, whose glance could turn anyone to stone. He killed Medusa while she was sleeping. Through her death, the winged horse Pegasus and the warrior Chrysaor were born.

Another tale behind Perseus is that related to Andromeda, who was a daughter of King Cepheus. She was in real danger and was about to be sacrificed to a sea creature named Cetus. Perseus flew with Pegasus to save Andromeda by using Medusa's head as a weapon. He turned Cetus to stone. 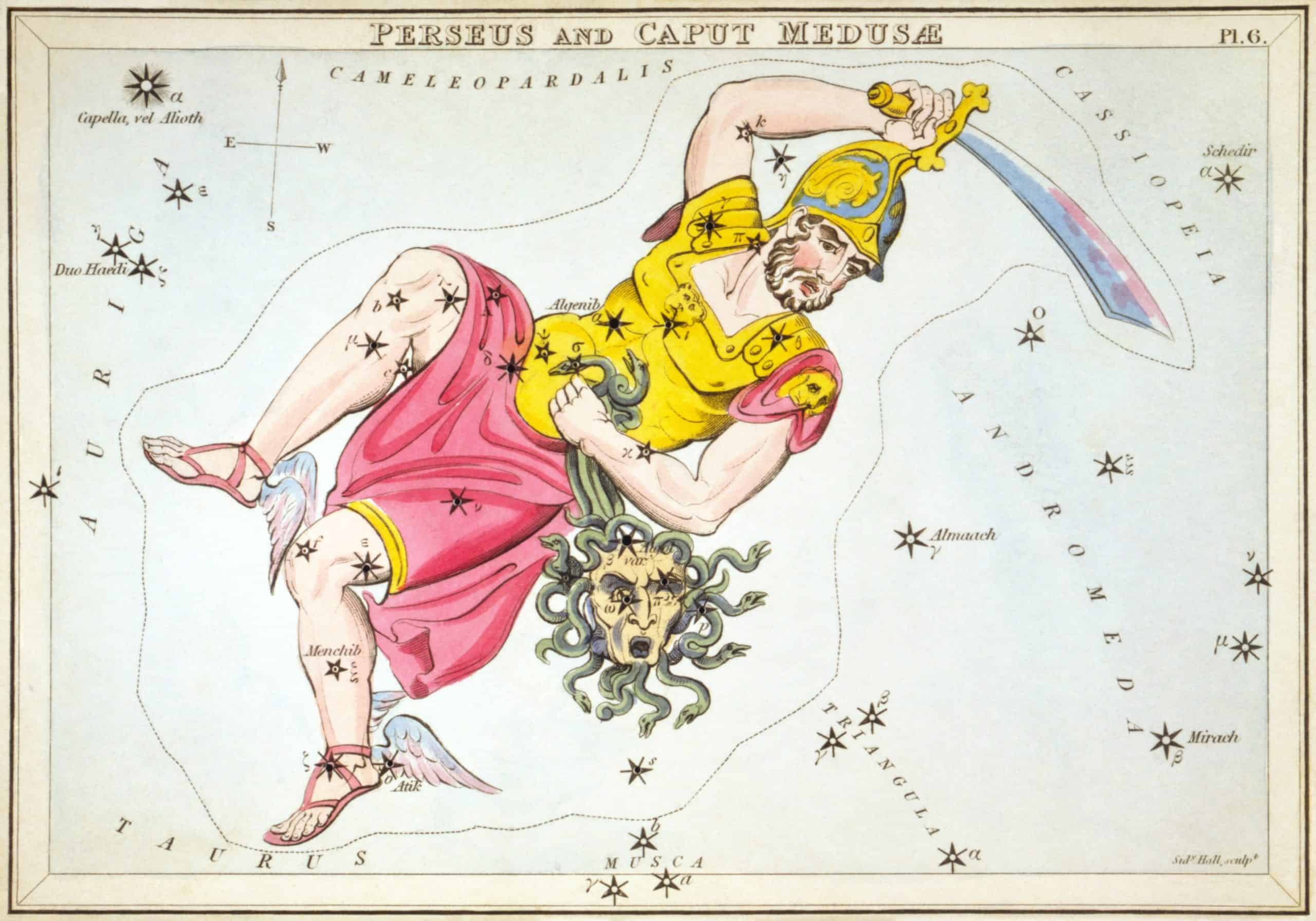 Perseus and Andromeda got married and had six sons. One of them was called Perseus, who was believed to be the founder of ancient Persia. Perseus and his mother are next to each other in the sky, near Cepheus, Cassiopeia, Cetus, and Pegasus.

Where is the Perseus Constellation in the Sky? 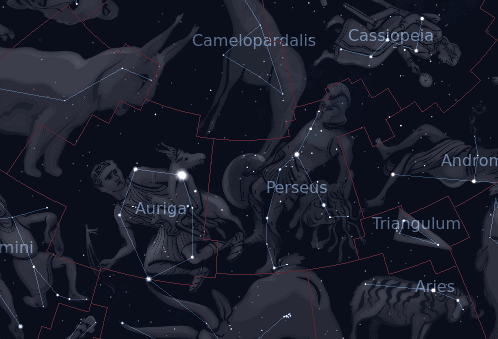 Is Perseus Constellation Near the Big Dipper?

The Big Dipper is an asterism and is part of the Great Bear (Ursa Major). Its neighbors are Bootes, Camelopardalis, Canes, Venatici, Coma Berenices, Draco, Leo, Leo Minor, and Lyx.

The constellation of Perseus has seven neighbors: Andromeda, Aries, Auriga, Camelopardalis, Cassiopeia, Taurus, and Triangulum. Although they are both in the northern hemisphere, they don't meet at all.

Fun Kids Facts About the Constellation of Perseus

- A meteor shower that appears to come from the Perseus constellation called the Perseids occurs annually.

- The brightest star from this constellation is Mirphak.

- There are five confirmed extrasolar planets found in the constellation and many deep-space objects.

- Two famous nebulae, the Little Dumbbell and California, are located in Perseus.

- Algol is an exciting star in the Perseus Constellation. Its name means "demon star" because it is related to the scary Medusa, whose head was full of snakes. It was named as such due to its position in the sky, where Medusa is represented. Of course, the star is no different than any other star, but its cool trait is that it waxes and wanes in brightness, so in other words – it winks.

The Perseus Constellation is the 24th largest constellation in the sky amongst the 88 constellations. It is located in NQ1, the first quadrant of the northern hemisphere, and it covers 615 square degrees.

What is the Brightest Star in the Constellation of Perseus?

The brightest star in the Constellation is Mirfak, also called Alpha Persei. It is located at approximately 500 light-years from Earth. It looks like a white supergiant, and its diameter is 30 times larger than the Sun's. 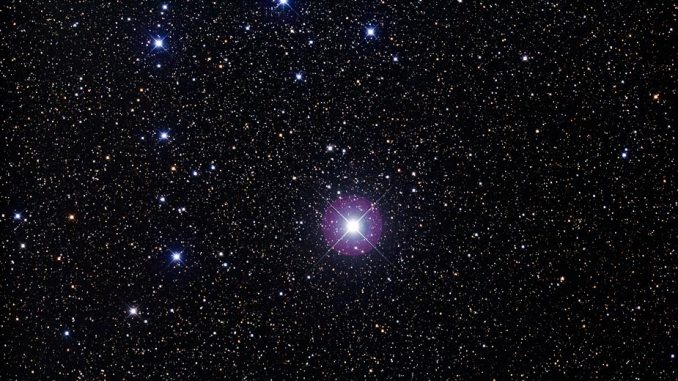 The Perseids Meteor Shower is genuinely among the most awaited and beloved meteor showers. This event can be witnessed in the Northern Hemisphere, especially in the summer. The meteors are pretty bright and fast, almost reaching 40 to 50 meteors per hour.

You have the best chance to see the Perseid Shower after midnight, on the 11th. ,12th and 13th of August. 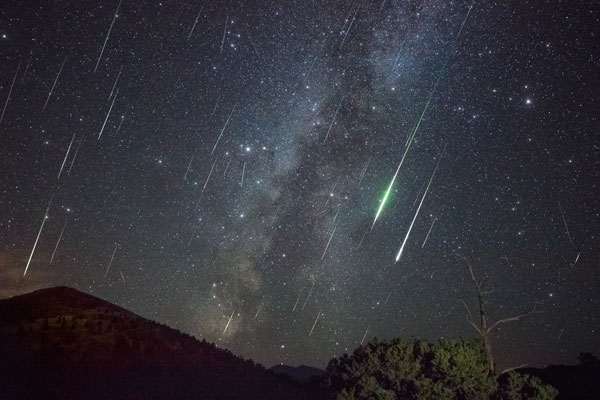 What Does Perseus Stand For?

In Greek mythology, Perseus means "to destroy." Perseus was a hero who built the city of Mycenae. He also killed the Gorgon Medusa and saved Andromeda from a dangerous sea monster, Cetus.

How Many Messier Objects are Located in Perseus?

There are only two Messier Objects in the constellation of Perseus: Messier 34 and the planetary nebula Messier 76, more known as the Little Dumbbell Nebula. 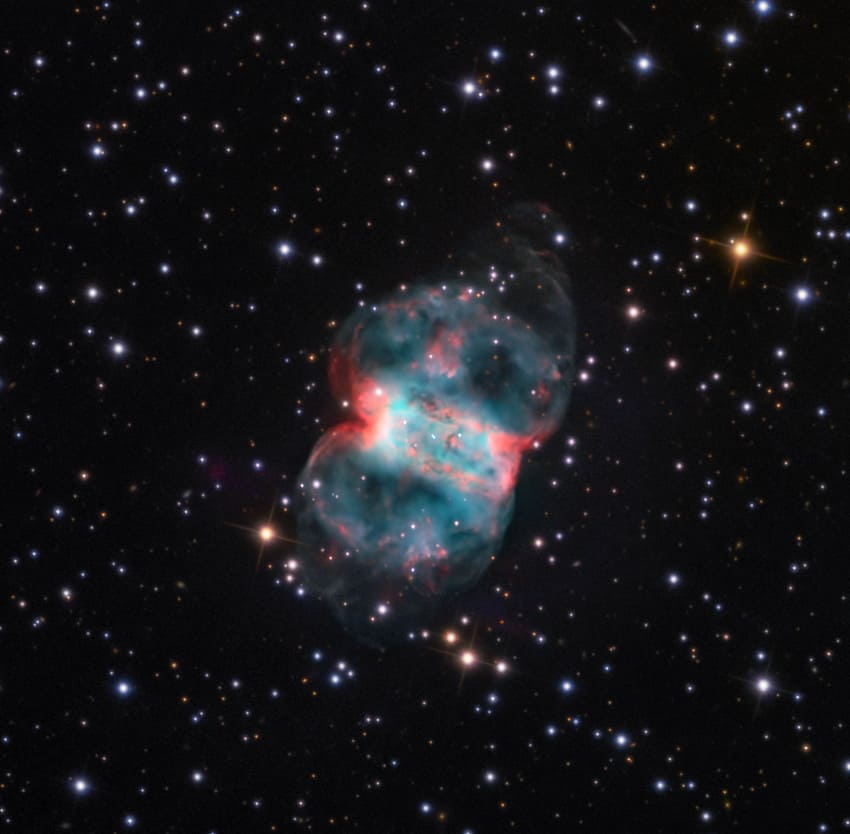 Messier 34 is located at around 1.500 light-years from Earth. It has 400 stars, which can be seen with the unaided eye.

Little Dumbbell Nebula is located at 2.500 light-years away from Earth. It is 15.2 times hotter than the Sun.

- In Polynesia, Perseus was thought to be part of other constellations, not a self-contained one.

-In the 2nd Century, Ptolemy, a famous astronomer, listed the constellations in his Almagest. A total of 48 constellations were recorded, with Perseus being among them.

- Mirfak / Alpha Persei is the shiniest star in this constellation.

- Algol is another attractive star that varies significantly in brightness.