The Asteroid Belt Facts For Kids

The asteroid belt is disc-shaped and was discovered in 1801. Keep reading for more interesting facts perfect for kids.

The asteroid belt is a region of our solar system which is located between the orbits of Mars and Jupiter. It hosts many rocks, asteroids, and even dwarf planets.

The asteroid belt is a region of space populated by millions of asteroids, located between the inner and outer planets. Some dwarf planets reside here, such as Ceres. 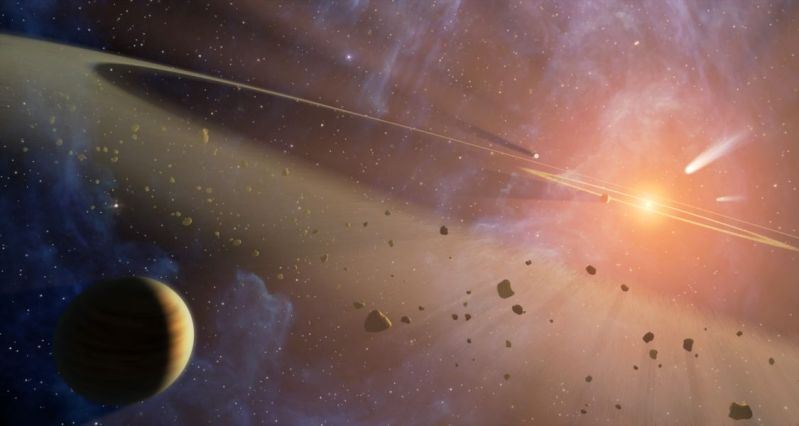 Everything in the asteroid belt revolves around the Sun. Asteroids here come in all shapes and sizes, from a couple of miles to several hundred. Let's see exactly what is the asteroid belt, how it formed, and what resides there.

What is the Asteroid Belt?

The asteroid belt is located between the orbits of Mars and Jupiter. It is a region made of plenty of asteroids, with Ceres, Vesta, Pallas, and Hygiea, being among the most massive asteroids present there. 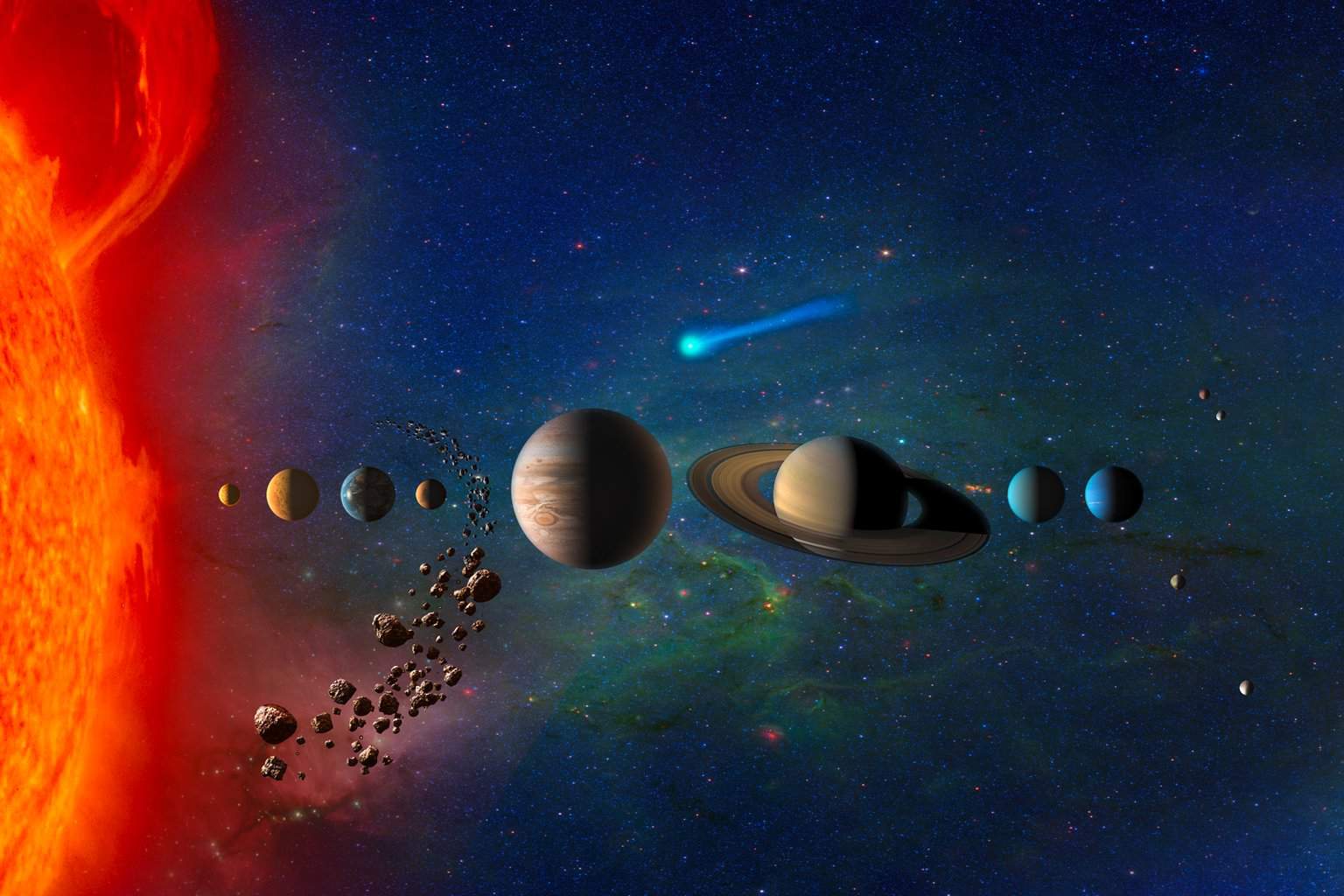 Why Is the Asteroid Belt There?

A long time ago, in the early stages of the Solar System, rock and dust circling the Sun were joined into planets. Not all the elements turned into planets – a specific area between Mars and Jupiter created the Asteroid Belt. 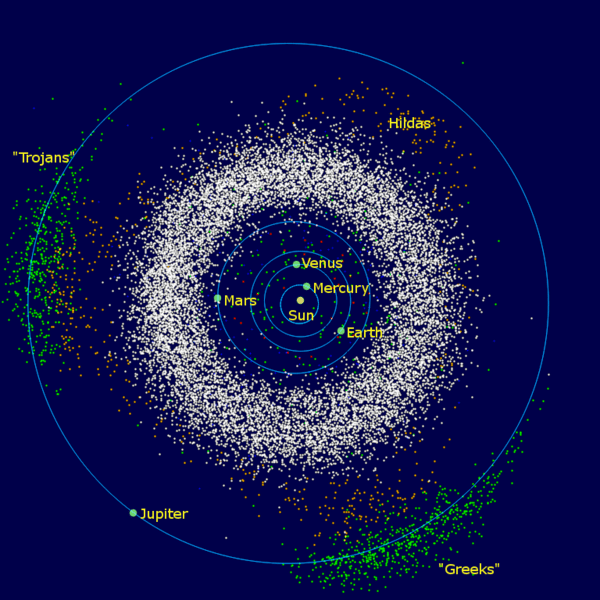 Some believe that the gas giant Jupiter or other big planets contributed to the destabilization of a forming planet, which resulted in the asteroid belt.

- Asteroids are not stable in orbit, and for sure, they cannot sustain life. It was discovered that some asteroids have ice (water) but lack atmosphere.

- Asteroids from the asteroid belts are not "crowded." They have a considerable distance between them, so far away that if you stood on one, you couldn't see its neighbor.

- In plenty of movies, we see asteroids close to each other, but that is not the case.

- Some of the asteroids are, in fact, comets that have been blown out after the ice was evaporated.

- It is believed that much of the water on Earth exists due to asteroids.

- Scientists believe that asteroids resemble a snowflake. They are unique, and each one of them has their own story.

- More than ten spacecraft have landed on various asteroids from the asteroid belt in the recent past.

- Yearly, a meteoroid the size of a car hits Earth's atmosphere, and it can be seen as a fireball.

Can You See the Asteroid Belt From Earth?

The asteroid belt is enormous, but its objects are relatively small in size. Its most significant object is Ceres, which has 950 km / 590 mi. in diameter. Asteroids are not very reflective, so they're hardly noticeable.

It was believed that an asteroid known as 2018VP1 would hit Earth on the 2nd of November. It was thought that its size would be 459 feet (140 meters) and that it wouldn't be a threat to Earth. 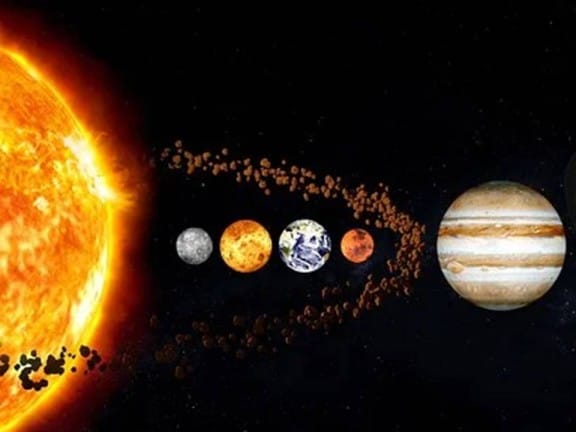 No reports are showing an asteroid is going to hit Earth in 2020; however, there will be one in 2021. Scientists tracked a 230-kilotonne asteroid. The asteroid JF1 was discovered in 2009, and Nasa's Jet Propulsion Laboratory has been keeping an eye on it for the last ten years.

Is the Asteroid Belt Dangerous?

Sixty-five million years ago, a giant asteroid struck the Earth and killed nearly 90 percent of the animals (and dinosaurs). These impacts rarely occur, meaning the chance of Earth being hit by such a large object is approximately one in 5.000 in a human lifetime. If that happens, we could say it would cause a global disaster. 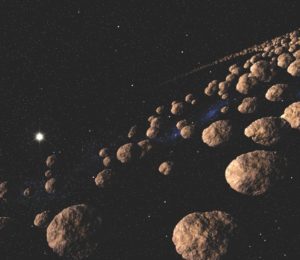 What is the 3 Type of Asteroids?

Chondrites (C-type) are the most common type of asteroids and are made of silicate rocks and clay. They are dark-looking, and they're the oldest objects in the solar system

"Nickel-iron" (M-types) are metallic asteroids with iron sinking in the center and pushing lava to the surface. 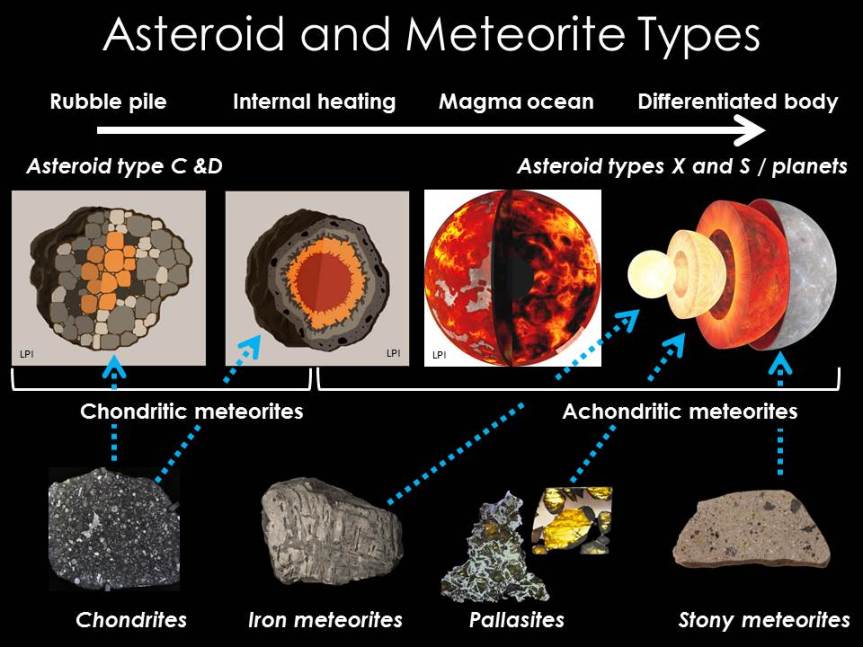 Can You See the Asteroid Belt with a Telescope?

Asteroids are reflective just like planets are, meaning with an appropriate telescope, they can be seen from Earth. If you look up in the sky, you might say you only see stars, but some of them are asteroids. They have a similar appearance; only stars are much further away, beyond the Solar System, and they are, of course, much brighter.

How Long Would it Take to Get to The Asteroid Belt

It is said that the distance between Earth and the Belt is 1.2-2.2 AUs/ 329 million km. Scientists concluded that it is beyond our current technological equipment and that it would take 18 months or more to get to the asteroid belt.

- Once every 2.000 years, Earth is struck by an asteroid that has the size of a football field.

- Asteroid means "star-like" in Greek. They were named like that because of their appearance

- If you add all the objects from the asteroid belt into a ball, its mass would still be 4% of the Moon's size.

- In the present, scientists still search for ancient evidence related to the asteroid belt. They try to understand how it was formed at the beginning of times.

- The biggest object located in the asteroid belt is Ceres. It is also considered a dwarf planet.

- There are three types of asteroids, S-type, M-type, and C-type.