Learn More about the Pi Symbol

There's more to the Pi symbol than you what you already know!

The symbol π (Pi) is a mathematical constant and appears regularly in many formulas in maths and physics as well as a few hundred maths classroom walls. It is originally defined as the ratio between a circle's circumference to its diameter but now there are various equivalent definitions for that symbol. Since the mid-18th century, it has been represented by pi, the 16th letter of the Greek alphabet. The symbol when spelled out is Pi, not pie as I am sure we all wished it was. 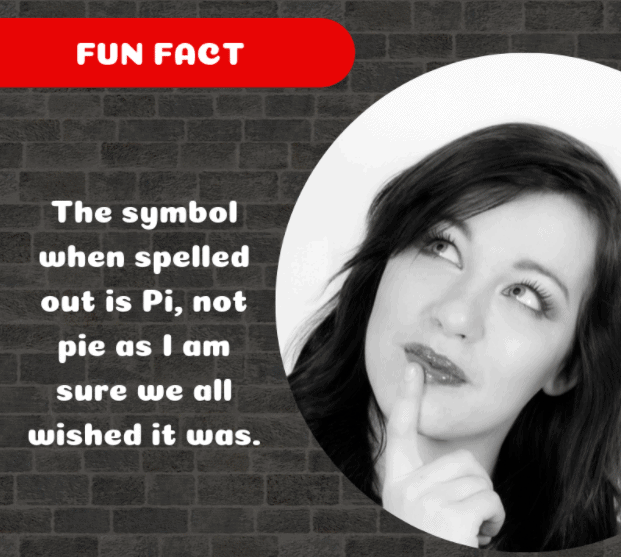 Pi (π) a symbol that we know as a special irrational number, approx 3.142. This number is the ratio between diameter and circumference. It has been used for almost 4000 years. The details of the discovery of the notorious ratios are shrouded in mystery. What we do know is that one Babylonian tablet (1900-1680 BC) shows us a value of 3.125. The Rhind Papyrus (1650 BC) allows us to see ancient Egypts mathematical insight where they could calculate the area of a circle using a formula that gives an approximate value of 3.1605 for pi.

Most early inventions of Pi were denoted by the use of fractions that approximated pi. But Archimedes (one of the greatest mathematicians of the ancient world) used Pythagorean Theorem to calculate the areas of two regular polygons. With these polygons inscribed (where the polygon is just inside a circle) and then circumscribed (where the polygon is outside the circle) he was able to give the upper and lower limits (bounds) for the actual area of the circle.

Using this method Archimedes knew that he has not found the exact value for the ratio between circumference and diameter but only a mere approximation within these limits. As a result, he was sure pi as we know it was somewhere between 22/7 (3 1/7) and 223/71 (3 10/71). At the time this was the best approximation ever given.

Why was the Greek letter used to represent pi?

So, if pi was a number approximately 22/7 why would anyone want to use a symbol to represent it? Surely, the closest fraction makes more practical sense, right? Well, the issue is a pi is an irrational number which means it goes on forever and ever. Even today we can not have an exact number that is pi.

As science begins to probe the known universe as well as the unknown, it has become more and more necessary to be accurate when it comes to calculating with pi. NASA even uses up to 15 decimal places of pi for its calculations for their rockets. Also, up to 40 decimal places can be used to calculate the size of the universe to the nearest atom! Today's pi enthusiasts have calculated up to 22 Trillion decimal places!

As scientists and mathematicians need different levels of accuracy of pi, it makes sense to complete the formulas and equations with pi being represented by a symbol. This will allow various mathematicians to insert their own value for pi to the level of accuracy that they require. This makes formulas more useful in the long term. 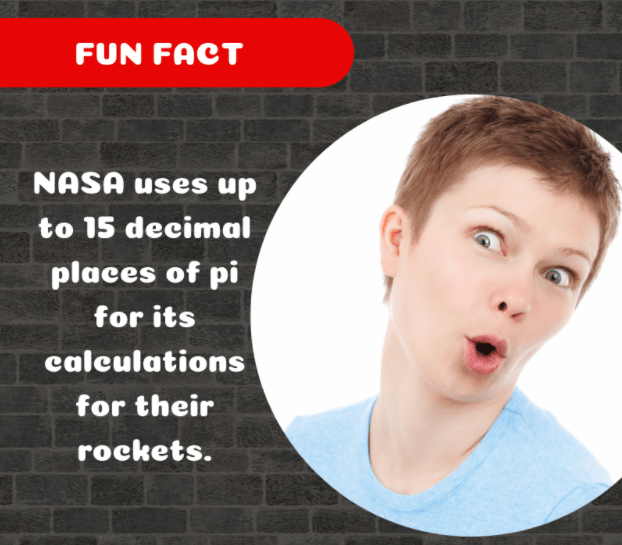 The Mathematicians Behind the Pi Symbol

As a result of this need, William Jones a brilliant Welsh Mathematician began to use the Greek letter pi in 1706. He is a close friend of Sir Isaac Newton and Sir Edmund Halley, a welsh Mathematician who was writing his Synopsis Palmariorum Matheseous. This was for beginners including theorems of differential calculus and infinite series. In this Synopsis, Jones used π as an abbreviation of earlier abbreviations for the word periphery (περιφέρεια) by William Oughtred.

The Pi symbol, however, only became popular once Leonhard Euler a swiss mathematician, astronomer, logician, and engineer adopted it into his own work. After this, the Pi symbol was widely accepted by mathematicians around the world to represent the ratio between the diameter and circumference.

William Jones's claim to the use of the pi symbol is speculated to be false as there are some references to the ingenious Mr. John Machin. This has led to some speculation that Machin made use of the notorious greek letter before Jones did. Regardless the fraction notation was used as late as 1767 (61 years after Jones paper) so it took a long time for mathematicians to adjust to the new symbol. Yes, that is 61 years to fully adopt something new, so go easy on your maths teacher when they are trying something new!

Pi Symbol in the Computer Age.

Since computers have become a part of our daily lives, there was a need to bring the Greek letter and mathematical symbol to our screens. However, as with many fonts to give various looks to the written word so too has pi got different forms from straight-edged to a curvey wavey version. Among those different forms, this symbol (π) is more well known and used.

However, as a fun fact, every irrational number can be represented by an infinite series of ‘nested’ fractions, called a continued fraction. This is where the denominator of each fraction has another fraction inside it! 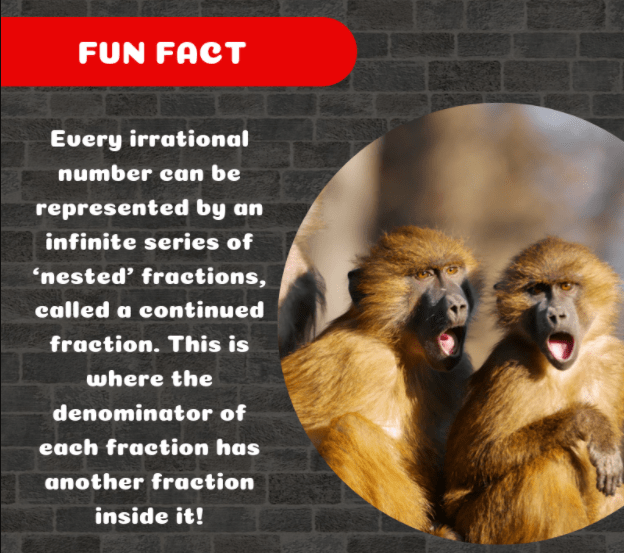 Here is a little idea of what it would look like… but remember it goes on forever and ever so it would never end!