How Far is Jupiter From Earth?

Home » Space Questions » How Far is Jupiter From Earth?

But how far is Jupiter from Earth? Since all the planets move around, the distane is always changing. On average, Jupiter is 715 million km / 444 million mi away from the Earth. 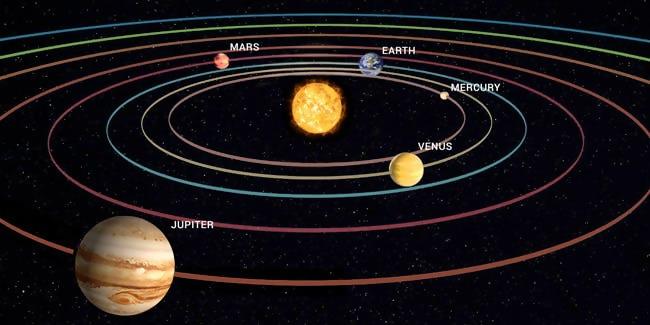 How Long Would it Take to Get to Jupiter From Earth?

Since all the planets move around, the time it would take to reach them varies. On average, it would take about six years to reach Jupiter from Earth. 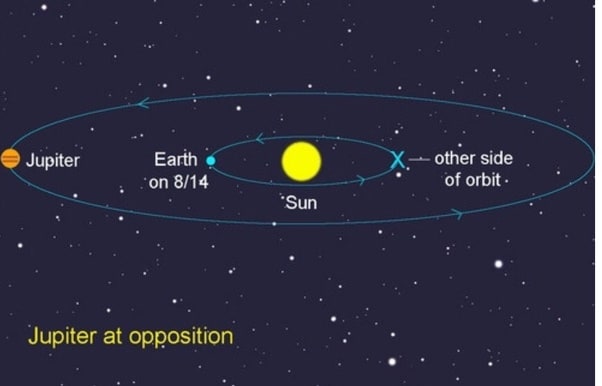 For example, the Galileo spacecraft, which was launched in 1989, arrived at the gas giant in 1995 but happened because it had a very strategic route in mind. The spacecraft went around Venus, Earth, and the asteroid Gaspra, in order to reach Jupiter. The craft traveled around 2.5 billion miles / 4 billion kilometers in total.

How Many Light Years Does it Take to Get to Jupiter from Earth?

It wouldn’t take you even one light-year to reach Jupiter. In fact, if you were traveling at the speed of light from Earth towards Jupiter, you would reach the gas giant in around 43 light minutes.

Can we Reach Jupiter?

Reaching Jupiter is very hard due to the tremendous distance of 715 million km / 444 million mi, and that’s just the average estimative. Planets move around, so the traveling length could get even at 968 million km / 601 million mi.

Up until 2020, only nine spacecraft have reached Jupiter. Reaching Jupiter is definitely possible; we’ve proved it nine times until now, but sending a manned-crew there, would be more problematic.

The first spacecraft to reach Jupiter was NASA’s Pioneer 10. This probe was launched in 1972, and it reached the gas giant in 1973. However, the mission was just a flyby, and the probe came within 130,000 km of Jupiter. It managed to capture the first images of Jupiter and then continued its journey into deep space. 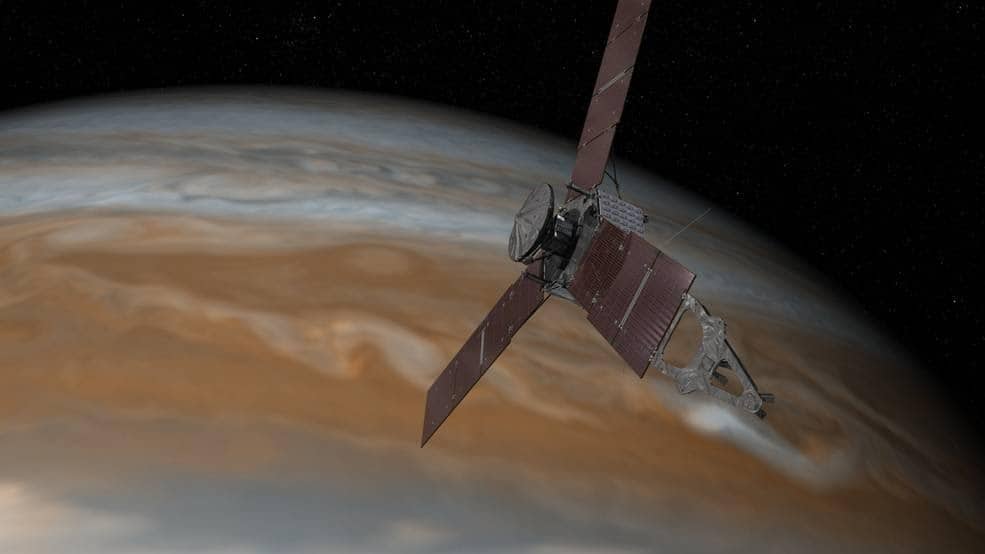 ESA is planning to launch a spacecraft in 2022, and it is expected that the probe will reach Jupiter in 8 years. NASA’s Europa Multiple-Flyby Mission is also scheduled to take place in 2022.

This probe will study Jupiter’s moon Europa, and it will especially look for life signs that might be present within its water.

Which Planet is Farthest from Earth? 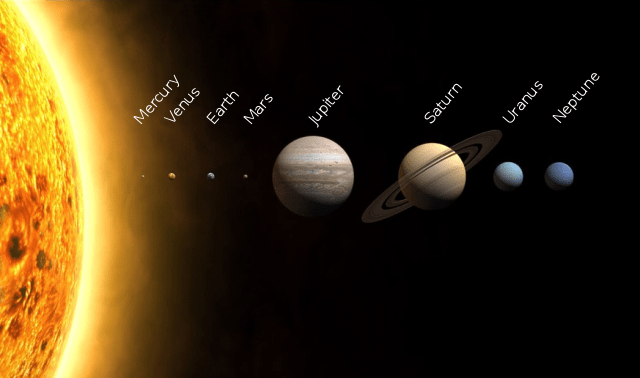 Pluto is located at 39.5 AU or 5.9 billion km / 3.7 billion mi away from the Sun. If we were to launch a mission towards Neptune, our spacecraft would reach it in about twelve years. If the target is Pluto, then we would reach it in 9.5 years, but this is because  Pluto’s orbit regularly takes it closer to us than Neptune.

How Long is a Year on Jupiter?

One Jovian year is equivalent to 12 Earth years. Jupiter thus completes an orbit around the Sun once every 12 years. This is because it has an extremely large orbit trajectory to cover.

Mercury, for example, completes one trip around the Sun in just 88 days. Thus, one year on Mercury is equivalent to only 88 Earth-days. Time for a lot of birthday cakes!

Can we Land on Jupiter?

Jupiter is a great big ball of gas and dust, and thus, it doesn’t even have a true surface. If you were to somehow teleport yourself to Jupiter to stand on it, you would instantly fall to your death.

However, you wouldn’t die because of the fall, but rather, the lack of oxygen, the temperatures from the clouds, or the fast winds speeds that might tear you to shreds. 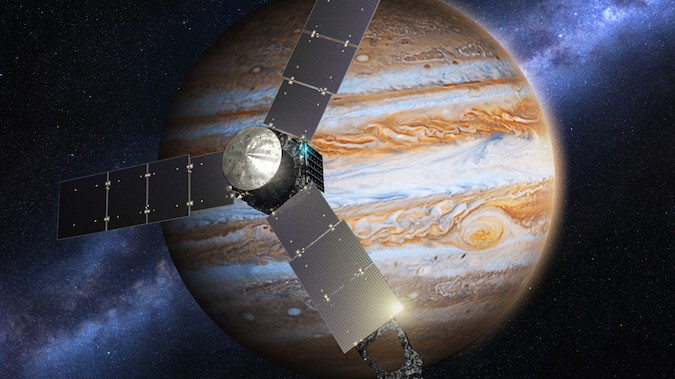 In fact, Jupiter’s moons are far more likely to be visited, then Jupiter itself. This is because they might have the necessary conditions to sustain life.

Take, for example, the moon known as Europa. Europa has captured our interest since it has water. This moon produces ten times more oxygen than hydrogen, making it quite similar to Earth itself.

In fact, Europa may as well have more water under its surface than all the water we have on Earth. Many missions towards Jupiter are actually planned for its moons due to these features.

Some believe that Ganymede may as well have water underneath its surface, but it remains to be seen. Many believe that life already exists on the moon Europa, and scientists want to check it for such signs thoroughly.

Now Jupiter may not help us much due to its inhospitable nature, but its moons might as well provide us with some form of relief, especially since they have water, except for Io, Io is even more hostile.