You don’t need your own Voyager to see the solar system. You can see much of it from your own back yard. Of course, you don’t see the fantastic closeup views that NASA gets, but you can see it first-hand with your own eyes. If you enjoyed The Nine Planets, go outside and take a look at what you just read about. You’ll be amazed how rewarding such a simple thing it can be.

To find the planets, you’ll need to know where to look. If the data below is insufficient for you then refer to Sky & Telescope or a similar magazine for up to date positions or check one of the several Web sites that show planetary positions. A planetarium program can also be useful, especially for fast moving objects like moons and comets. A simple chart or planisphere is a nice way to find the bright stars and constellations but isn’t much help for planets.

The tables below are ordered by visual magnitude (“Vo”; bigger numbers are dimmer); this is the maximum brightness that the object attains (approximately when it is closest to Earth). “Date” is the date of discovery.

You can see 99.99% of the mass of the solar system with no instruments whatsoever:

A simple pair of binoculars is by far the most cost-effective optical aid available. For $200 you can get a far better optical instrument than Galileo or Newton had. You will find it much easier if you arrange a stable support for your binoculars (such as a tripod):

If you’re more serious a modest telescope will reveal many more moons. The first few below are pretty easy, the last few are considerably more difficult. Good dark skies are essential:

It’s easy to see a few of the brighter asteroids with binoculars. Several hundred can be seen with small telescopes. And even today, many asteroids and comets are still discovered by amateur astronomers.

If you’re out at night under a clear sky, you are likely to see a meteor. You may see dozens of meteors if you catch one of the regular meteor showers.

You can even see the interplanetary medium if you’re close enough to the poles to see an aurora or if you see the zodiacal light or the gegenschein.

You can also see the stars 51 Pegasi, 70 Virginis and 47 Ursae Majoris which probably have their own planets, though of course, you can’t see the planets themselves.

If you can see it, you can photograph it. But the converse is definitely not true: most of what you see in astronomical photographs is completely impossible to see directly even with the largest telescope. The advent of inexpensive digital cameras has made astrophotography accessible to everyone. “Deep sky” objects are very faint and require long exposures, which can be challenging. But many of the brighter objects in our solar system can be photographed very easily. Here are a few modest examples of my own:

Of course, those who put in more effort achieve better results. Some of the amateur astrophotography today is far better than what you see above; for example, the work of Thierry Legault or António Cidadão. 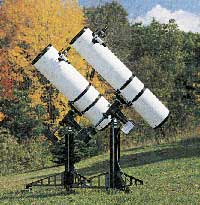